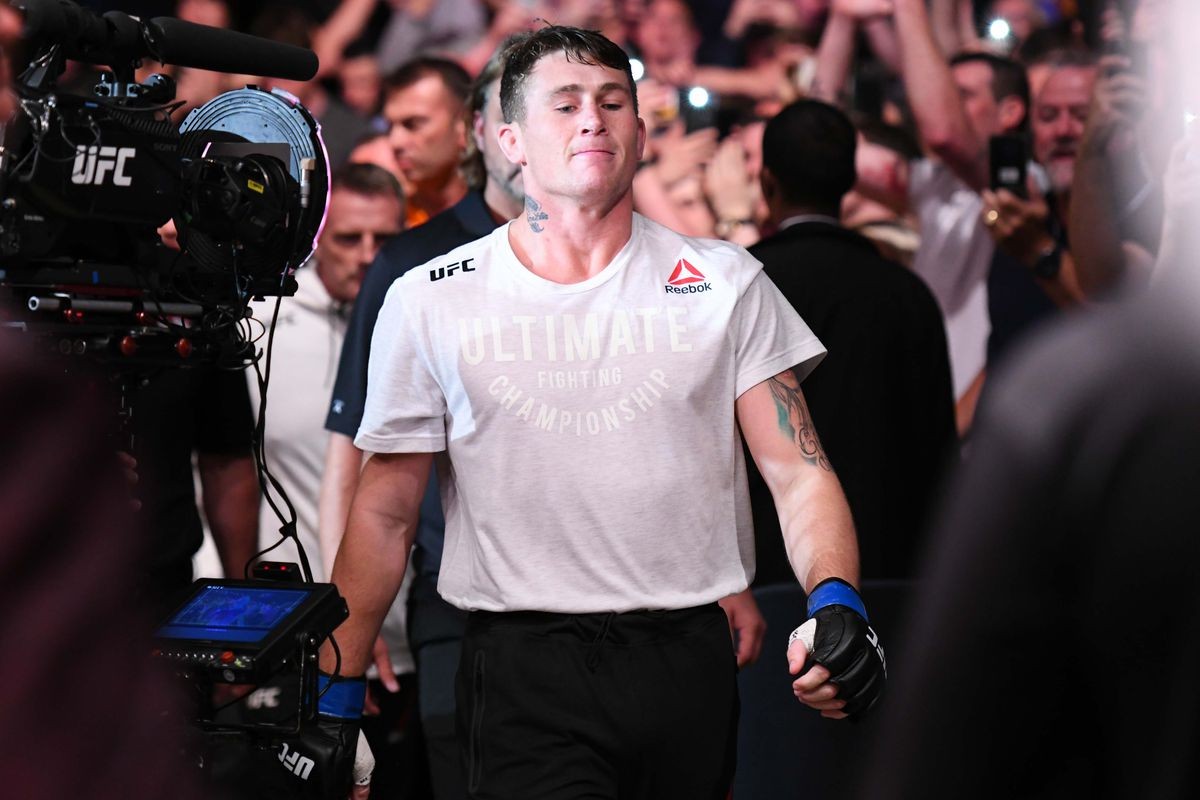 Darren Till makes his much-anticipated octagon return against Derek Brunson in the main event of UFC Vegas 36. It’s a crucial bout in the UFC middleweight division.

Darren Till has suffered multiple setbacks in recent times in the form of injuries. But he is back now. and the fans are eagerly waiting to see Till perform in the octagon again.

Unfortunately, there will be one thing missing from till’s performance against Brunson. And that will be his iconic walkout song “Sweet Caroline”.

Darren Till will walkout with no music at UFC Vegas 36

In one of the most iconic UFC walkouts of all time, Darren Till walked out to “Sweet Caroline” in Liverpool for his fight against Stephen Thomspon. The entire arena sang the song and gave a hero welcome to The Gorrila for one of the biggest fights of his career.

In a recent interview with The Schmo, talking about his next walkout, Darren Till stated: “I don’t think I want to be walking out to music. there are not many fans. I think there are only like 70 fans. So like what’s the point. That came alive when I fought at Liverpool and obviously came alive when I fought in Texas, London, and after that Madison Square Garden. but I fought in Abu Dhabi with no fans, just UFC staff around and I think it’s going to be the same thing now and I just don’t think it’s the same buzz coming out of that with like no fans compared to with fans. So I think I’m just gonna walk out with no music and get the job done.”

Though Darren Till will enter the octagon with no walkout music it’s needless to say that he will try to entertain the fan with his in-ring performance.

Till walked out to no music for his last fight against Robert Whittaker and despite the loss, he put on an impressive performance against the former middleweight champion.

If Darren Till can secure an impressive finish over Derek Brunson, who is on a 4 fight winning streak, then he will certainly put the champion, Israel Adesanya on notice.