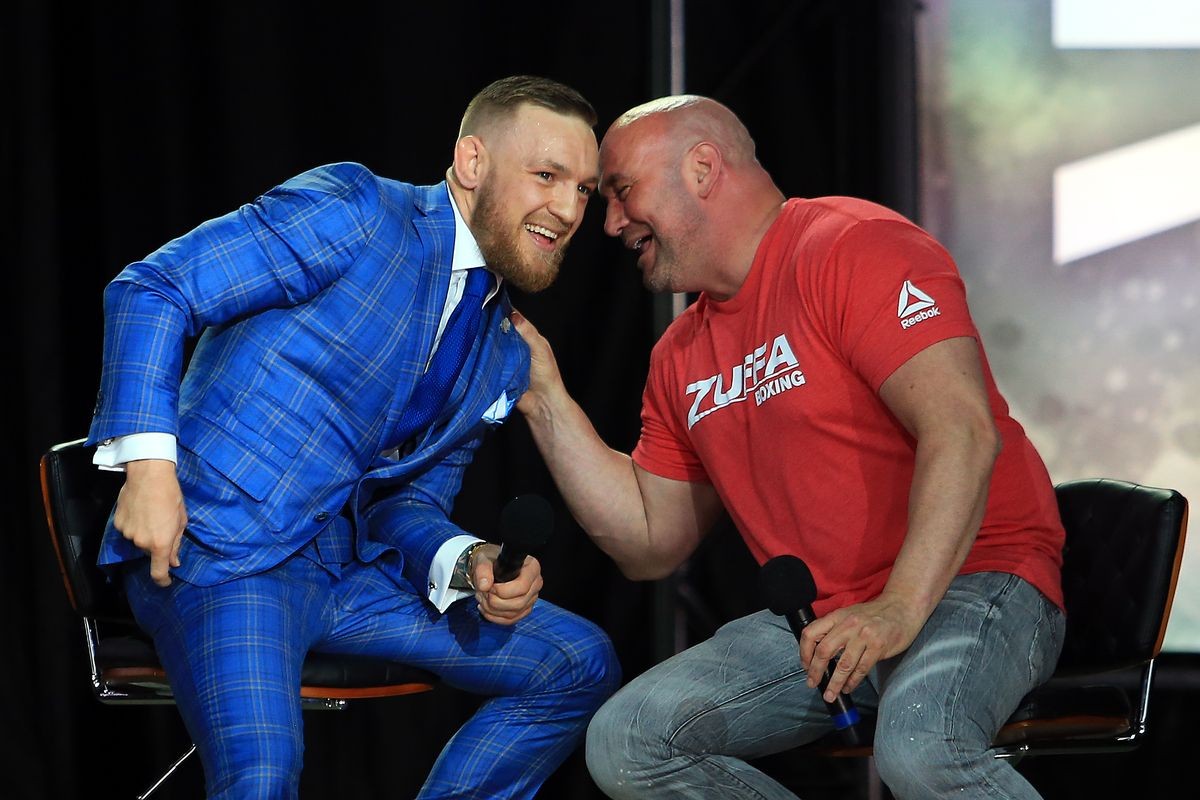 Dana White and Conor McGregor had a troublesome year in 2020 as they publicly got into verbal warfare. It all started with Conor releasing private texts that took place with White.

It all started with Conor McGregor getting frustrated because he could not compete in the octagon. After a 40 second finish over against Donald Cerrone, Conor was determined to fight three times in 2020. But, due to the pandemic outbreak, White could not make that happen, leading to Conor McGregor going against White.

However, things are looking up as we are one week away from the much-anticipated rematch between Conor McGregor and Dustin Poirier. In a recent interview with The MacLife, when Conor was asked about his relationship with White, he stated:

“Me and Dana have always had an amazing relationship, more than fighter promoter relationship. I’ve a lot of respect for Dana. What he has done in 2020 is outstanding. And I commend him on that. This is a high-pressure high stake business. And when you got an Irish man looking for a fight you give him one. All is good. We hash it out. We set our peace and we are very excited now.”

As far as Dana White is concerned he seems to have made peace with Conor as well. In a recent interview, White shed lights on the matter and said:

“It’s one thing to have Conor back. This is the motivated (Conor). When Conor is like he is right now, you’re guaranteed for (something). I think (the) time off is what’s given him this,” White said. “He’s as famous as famous can be. You said he’s got all the money in the world. There’s a lot of things that drive you crazy about this sport. It gets you to a point where you’re just like, ‘I don’t want anything to do with this right now.’ Once you get away from it for a while, you start to remember all of the things that you love about it.

“I can imagine, for a fighter, I couldn’t speak on that side, (about) the level of training that they do and fight week and all the things that go into it, but I think you start to miss it. I think that’s where he was. I’ve seen it happen with so many other guys, too. I think that’s his motivation right now.”

Conor McGregor and Dana White have taken the UFC to a whole new level. White’s impeccable skills to sell a fight and Conor’s ability to grab the attention of the mass brought unprecedented success to UFC. And it’s needless to say that they are just getting started.

If Conor gets the win at UFC 257 then the entire MMA community will be speculating a rematch between Conor and Khabib this year. However, there are other options such as a boxing match with Manny Pacquiao that might intrigue both Conor and White. It would be intriguing to see what lies ahead of the dynamic duo of MMA promotion.