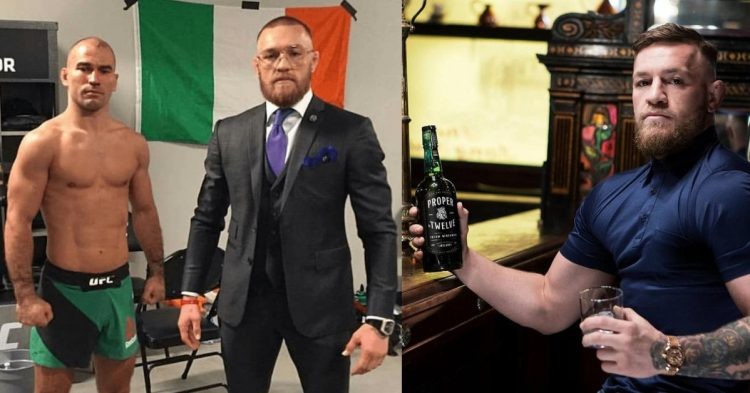 Conor McGregor and Artem Lobov used to be very close friends and teammates. However, their relationship has taken a sour turn now – to the point where Lobov is now suing McGregor over Proper 12 ownership.

The hugely successful whiskey business, Proper 12 is one of the major business endeavors of ‘The Notorious’. However, according to Lobov, it was his idea to start the whiskey venture and Lobov believes he is entitled to 5 percent of the company’s stake from McGregor’s majority stake that he sold early last year in the excess of $600 million.

Conor McGregor is being sued by Artem Lobov over a Euro deal for Proper 12.

Lobov believes he’s entitled to “5pc of the proceeds McGregor got from the sale of the brand.” pic.twitter.com/rfy0MTvNT0

Lobov is writing an autobiography where he will mention the incident regarding Proper 12. In an interview, he said: “The selling point of my book will be the Proper 12 Whiskey story. A few people know, but this was actually my idea. I was the person who came up with the idea to do a whiskey for Conor.”

According to Lobov, McGregor wanted to start a vodka business in Iceland. When he turned to Lobov, he proposed a better idea. Lobov holds a master’s degree in finance. He even did a presentation about the history of liquor and the marketing potential of whiskey in Ireland. He also worked in a bar back in his college days and had some connections.

Lobov met with a man named Niall of Classic Drinks, a top drink distribution company in Ireland, and gathered all the necessary information to start a whiskey business. Lobov handed out a plan to McGregor and predicted that the liquor business will be a huge success.

As per Lobov, McGregor offered him $1 million for his hard work and contributions toward making Proper 12 a reality. But Lobov turned it down and is currently suing the Irishman.

How much is 5 percent of Conor McGregor’s Proper 12 worth?

According to sources, in 2021, McGregor sold the majority of Proper 12’s stake for $600 million. The number could be much higher now. So, the 5% stake in his enormous business is estimated to be around $30 million.

Lobov was offered only $1 million for his part in Proper 12’s success, but he rejected it. He is currently suing McGregor and he hopes to profit more than a million for his contribution and hard work towards the business.

Conor McGregor and Artem Lobov are long-time teammates and close friends. They often cornered each other in their fights. Moreover, the infamous rivalry between McGregor and Khabib Nurmagomedov also happened because of Lobov.

As per the reposts, Lobov was cornered and assaulted by Nurmagomedov and his teammates at UFC 223. This in turn caused McGregor to go and back up his friend. McGregor along with some Irish people came to the arena and threw a dolly on the bus that Nurmagomedov was in.

Lobov currently competes in BKFC and parted ways with the UFC back in 2018, after back-to-back losses. Lobov won only two of his seven UFC fights but as per some sources, Lobov was still offered fights because of his close ties with McGregor.

You are in a different position though Artem. Rewind time you’d have signed granny lobov away 😂😂

However, after so many years the relationship between McGregor and Lobov seems to be deteriorating. Lobov now demands a 5 percent of Proper 12’s stake and his dispute with ‘The Notorious’ is only going to take a worse turn.