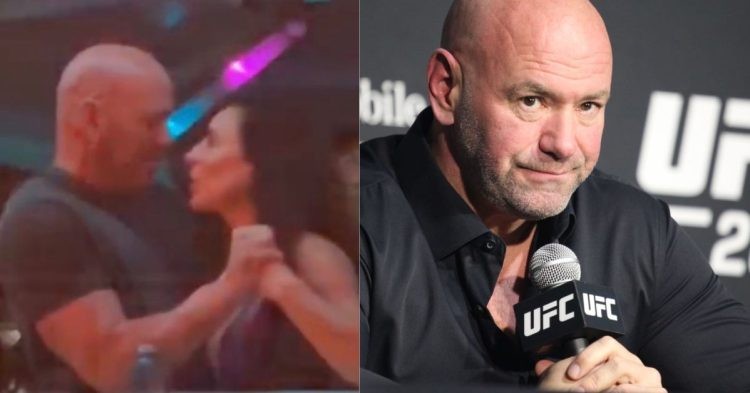 UFC President Dana White got into a physical altercation with his wife, Anne White on New Year’s Eve. The whole ordeal was caught on camera at a club in Cabo San Lucas, Mexico, where White was vacationing.

In a video released by TMZ, White is seen talking to his wife Anne, who had her hands over her face before turning around to slap Dana in the face. The UFC boss then retaliated by slapping his wife as other people in the group got involved while the argument continued

With the events that unfolded coming to light, White has broken his silence in an interview with TMZ. “I’m in Cabo, Mexico, for the holidays with my family, and my wife and I were out with family on New Year’s Eve, and unfortunately that’s what happened,” White admits.

“I’m one of the guys, you heard me say for years: There’s never, ever an excuse for a guy to put his hands on a woman. And now here I am on TMZ talking about it. My wife and I have been married for almost 30 years. We’ve known each other since we were almost 12 years old. We’ve obviously been through some sh*t together and we’ve got three kids, and this is one of those situations that’s horrible.”

White continues: “I’m embarrassed, but it’s also one of those situations where we’re more concerned about our kids. We have three kids, and obviously, since the video popped up, we’ve shown the kids the video and we’re more focused on our family right now.

Fortunately, TMZ was also able to get a statement from Dana’s wife Anne, who clarified that the events that transpired were due to alcohol and physical confrontation between the pair is not a common occurrence.

“Dana and I have been married for almost 30 years,” Anne states. “To say this is out of character for him is an understatement – nothing like this has ever happened before. Unfortunately, we were both drinking too much on New Year’s Eve and things got out of control, on both sides. We’ve talked this through as a family and apologized to each other. I just hope people will respect our privacy for the sake of our kids.”

Currently, it is unknown whether the police and the authorities in Mexico are involved in the situation. Moreover, there have been no other comments from Dana, Anne, or any other representative on the matter. Similarly, there is no news on whether or not Dana White will be absent from future UFC events as a result. For any or more updates, stay tuned.