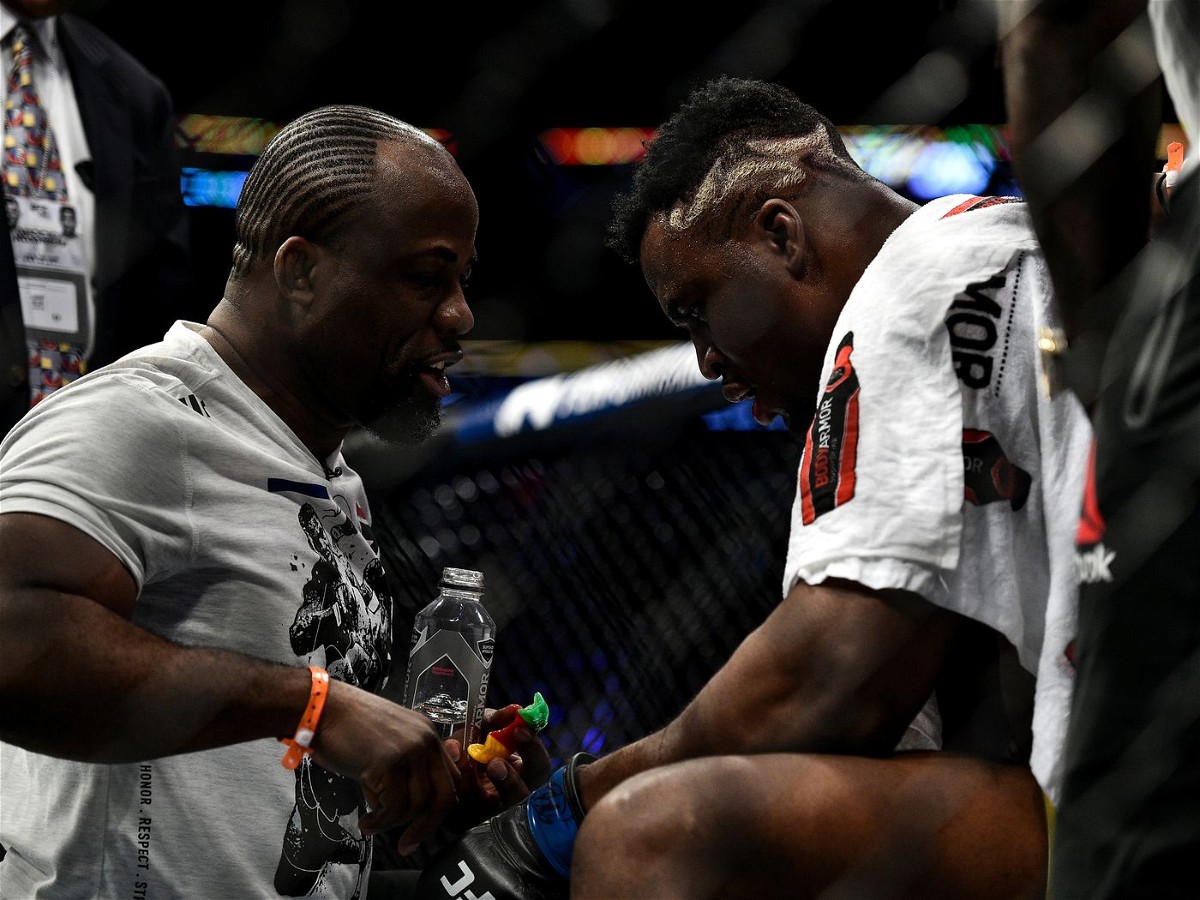 Francis Ngannou’s rapport with Fernand Lopez and the MMA Factory has deteriorated so much since their split that he has now ruled out the prospect of collaborating with Ngannou again. It’s no mystery that Ngannou’s relationship with his previous coach became strained. While Lopez is eager to put his dispute with the UFC heavyweight champion behind him, future collaboration with Ngannou is not even an option this time.

On Submission Radio, Lopez has spoken about the matter:

“I’m really open to shake his hand anytime or talk with him anytime. But I can’t work with him anymore. It’s like you was working in a very complicated job and you discover how to work in the comfort zone, in the best comfort that you can have. So yeah, I will not. No. I will not go back to work with [Francis Ngannou] ever. But I think he’s a gentleman. We should be able to say, ‘Hello, how you doing?’ That’s it, you know, and be polite.”

Fernand Lopez has never been shy about speaking out about his tumultuous relationship with Francis Ngannou. According to Lopez, a lot of reasons contributed to their split. As Francis Ngannou’s UFC brand grew, the 43-year-old instructor thought he earned a cut for his work. He was in for a harsh revelation, unfortunately.

He remembered a time when ‘The Predator’ stopped paying his gym’s yearly €600 ($684) membership fee. During an interview with Ariel Helwani on The MMA Hour, he revealed some details about his spat with the heavyweight champion:

“You pay me 10 percent. On top of the 10, you ask me to pay the sparring partner with that money that you give me. On top of that, you’re saying that would be a shame to know that a big name like you is paying the membership. You know how much is the membership in a year? Imagine. €600. €600 per year. One year. And he said, ‘No I will not pay.’ So I said, ‘You know what? You don’t listen to me anymore when I’m giving the class. You choose the easy way to train. Please, let’s just split.’ And we did.”

In the UFC Countdown video, Ngannou has also commented on the same:

“Fernand and I, we had our ups and downs. We always did since Day 1. We always disagreed on stuff. But he has his dream, I have my own. So I moved on.”

Not only that but Ngannou also pointed out that Lopez was in constant need of getting famous which according to him was the root cause of their dispute:

“Fernand’s problem is that he wants to be famous. I can count how many times we had to argue about how he thought I was taking all the spotlight…Bro, what do you want? If you want the spotlight, you know where the spotlight is. It’s inside the octagon, not on the side. And you chose to be on the side. I don’t know how to [make him famous].”

“If you want to be a coach, you have to stand where the coach stands and get what the coach gets. You can’t be a coach and get what the fighter gets. It has always been like that. He mentions how many followers I have on Instagram compared to him. I’m not worried about followers on Instagram—I wish I could throw some to you, but I can’t do that. This has always been a problem, basically.”

Probably, an ego problem always existed between the two which suddenly burst out due to their pull towards their individual goals. Moreover, after back-to-back losses against Stipe Miocic and Derrick Lewis, Ngannoyu felt like he needed a change of teams. While that’s a move a lot of fighters take, rarely has there been a personal beef resulting in a change of teams.

When Did Francis Ngannou Move From France To USA To Join Xtreme Coture?

The current champion joined Xtreme Couture after quitting MMA FACTORY. Under the tutelage of Eric Nicksick, Ngannou has amassed a four-fight winning streak over some of the greatest mixed martial artists to ever step inside the Octagon including the likes of Cain Velasquez and Stipe Miocic.

Ngannou moved to the USA from France in 2017. He is actually from Cameroon, however, at the age of 22, Ngannou moved to Paris to establish a boxing career. The heavyweight boxer’s problems in Paris were well known, and the ability of the player to relocate across the world is most definitely a stroke of luck.

Ray Sefo, a past fighter (and heavyweight), runs Xtreme Couture, possibly Vegas’ best-known MMA club. The gym isn’t what it used to be, but there are still sufficient people there to merit Ngannou’s presence. Ngannou will battle Ciryl Gane, a student of his old mentor Lopez, in a week. It will be interesting to see his and Lopez’s reactions when the match happens.