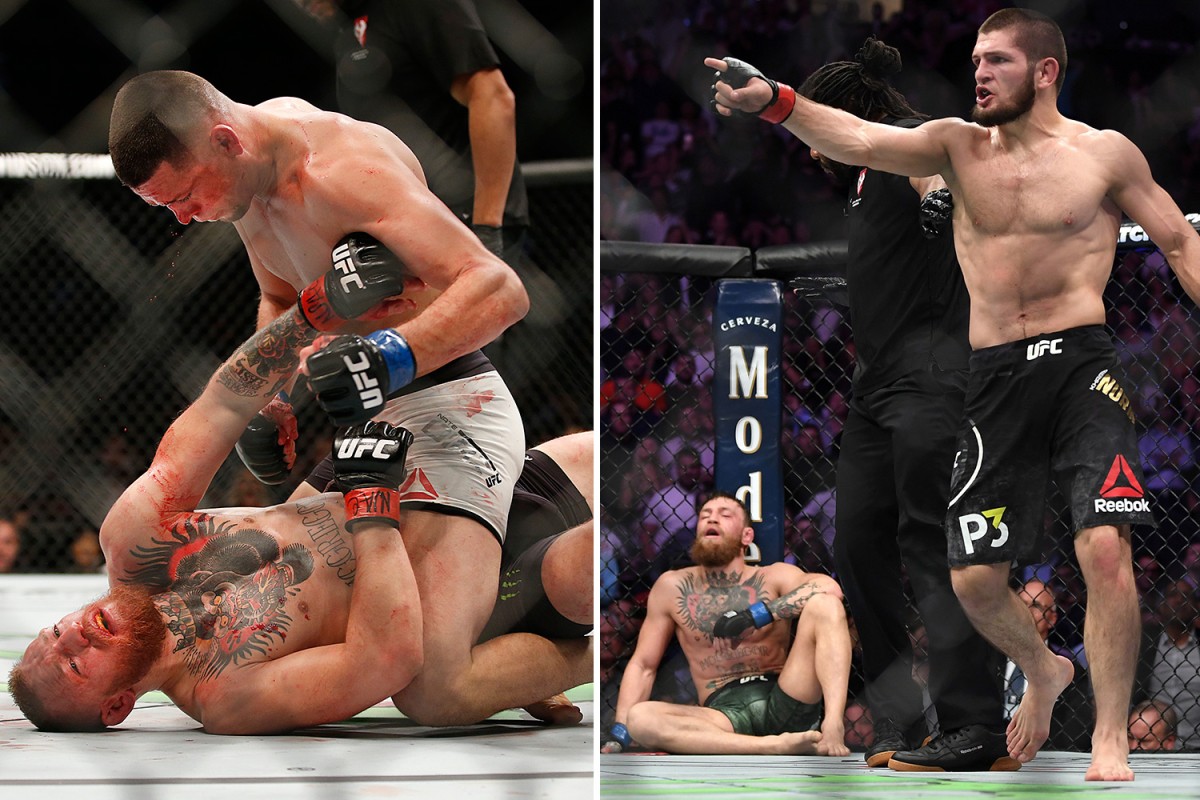 Nate Diaz has never shied away from controversies or getting into ugly fights which might harm him more than it can do good, and this time he gets involved with yet-to-be-defeated, Khabib Nurmagomedov.

It is a well-known fact, that there has been no love lost between Nate and UFC lightweight champion even though the two forces have not met inside the octagon, the dislike between the two is quite evident from their social media back and forth.

The unbeaten Russian, who retired after defeating Justin Gaethje at UFC 254, is currently sitting behind the television rather than competing – but his passion for the sport remains the same.

The video below is the latest confrontation between Nate Diaz and Khabib Nurmagomedov at UFC 239, headlined by Jon Jones with the split decision win against Thiago Santos, the two got separated by the officials before the situation escalated. However, this was not the first time the two of them got into a physical altercation.

The first time the two got physical was back in 2015 at WSOF 22 which was scheduled to take place at Planet Hollywood Resort and Casino in Las Vegas.

‘The Eagle’ was rooting for his cousin brother Abubakar Nurmagomedov, who was fighting Nate’s longtime friend, Jake Shields. According to Nate, he told Ariel Helwani – a Canadian journalist that it was Khabib who had provoked him.

“When I ran into him and his team at the World Series, I was standing there, watching Jake, my friend, fight. And they took a group picture with me behind them, just to laugh at me, make fun of me. [Khabib] is like ‘Ah, come on, man’ and they’re all laughing, 12 Russian dudes. I slapped him in the face for making fun of me and I’m like. ‘What?’ And he didn’t do nothing.” Nate claimed.

Chaos took place when Nate threw a drink on Khabib who retaliated furiously and went on to charge. Numagomedov’s manager Ali Abdelaziz stepped in between and security eventually breaking up the tangle.

Khabib explained his side of the fight to MMA Junkie stating that he was trying to stay ‘calm’ and ‘professional’ because there were many people around the arena.

Nurmagomedov is still retired from the sport, following his father’s untimely death last year. Khabib said that he will still keep a close eye on UFC’s main events. UFC has attempted to book Khabib vs Nate blockbuster in the past, but Nate just brushed the idea under the rug.

Read More: The Rivalry Between Devin Haney and Ryan Garcia from the Amateur Circuit to the Professional Ring