Will Khamzat Chimaev Fall Prey to the Curse of Latino Rapper Anuel AA? 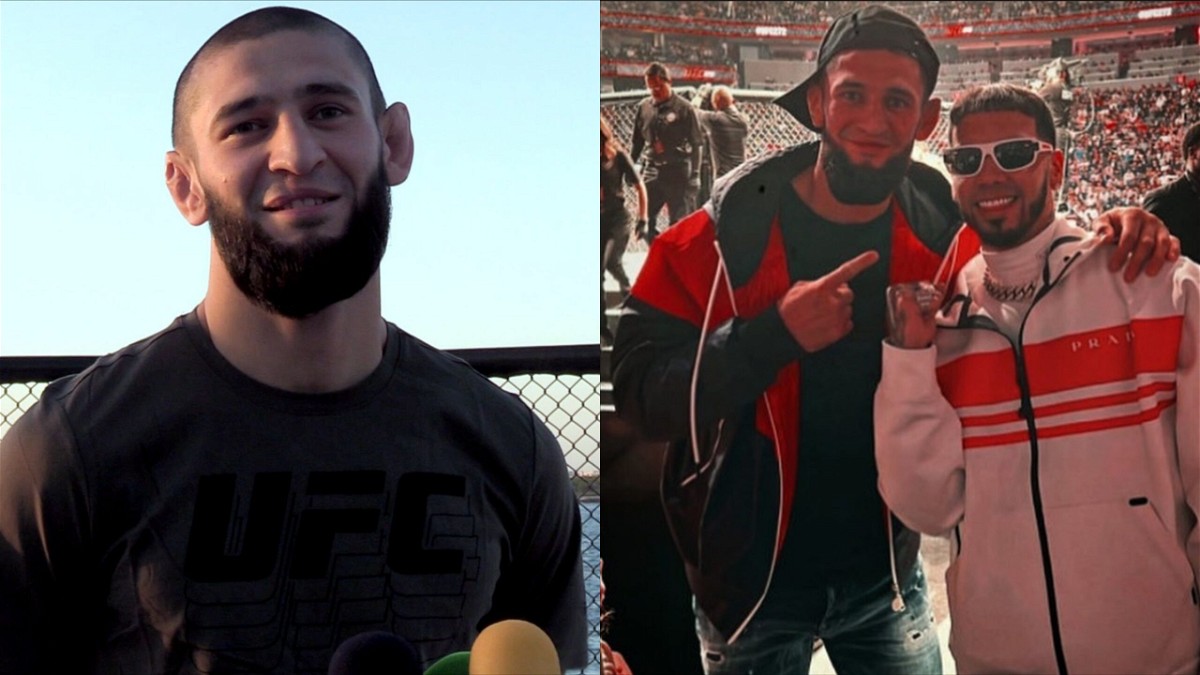 Famous celebrities and their association with Mixed Martial Arts (MMA) superstars are as old as time. From Conor McGregor to Jorge Masvidal, all of them had celebrity endorsements ahead of some of their big fights. So is the case with Khamzat Chimaev ahead of his fight against Gilbert Burns at UFC 273.

He was recently seen hanging out with Puerto Rican rapper Anuel AA. A picture of them together recently surfaced which was taken during the super fight between Colby Covington vs Jorge Masvidal at UFC 272.

However, it may not be a good thing after all as there is a supposed ‘curse’ involved. Lately, the UFC fighters who took a photo of them along with Anuel ended up losing in a very bad manner. From Conor McGregor ahead of the Dustin Poirier trilogy to Poirier himself ahead of his title fight against Charles Oliveira, all fell prey to the curse. Is Khamzat Chimaev the next fighter to join the list?

Can Khamzat Chimaev break the Anuel AA curse at UFC 273?

The MMA community is big on superstitions. From Drake’s endorsement to appearing on late-night television talk shows with Conan O’Brian, there are a lot of curses that MMA fans believe in. Clicking a photo with Anuel ahead of a big fight has also become a part of MMA folklore in all the wrong ways. Can Khamzat chimaev be the one to finally break the curse?

Science does not support the idea of curses. Instead, there is a scientific reason as to why the results went the way they did. In the case of Conor McGregor, he was heading into UFC 264 with a leg injury. Aside from that, Conor has not been the same fighter he was in 2016. Hence his loss to Poirier did not come as a big surprise to anyone.

A similar scenario played out with Dustin Poirier as well when he fought Charles Oliveira. Although Dustin had more power, Oliveira was ultimately more skilled as a grappler. Whenever a striker meets a grappler in the Octagon, the outcome favours the grappler more often than not.

Hence, it will ultimately come down to skills. Khamzat Chimaev is a dynamic striker and a world-class freestyle wrestler. As a result, he will possess a better chance of emerging victorious because of his talent. Gilbert Burns is an elite fighter himself. As a result, the result will depend on how the fighters handle the pressure of a big fight instead of any curses.

Throwback: When Shaq Made a Statement Entry in the NBA by Winning Player of the Week Title in the First Week of His Rookie Season