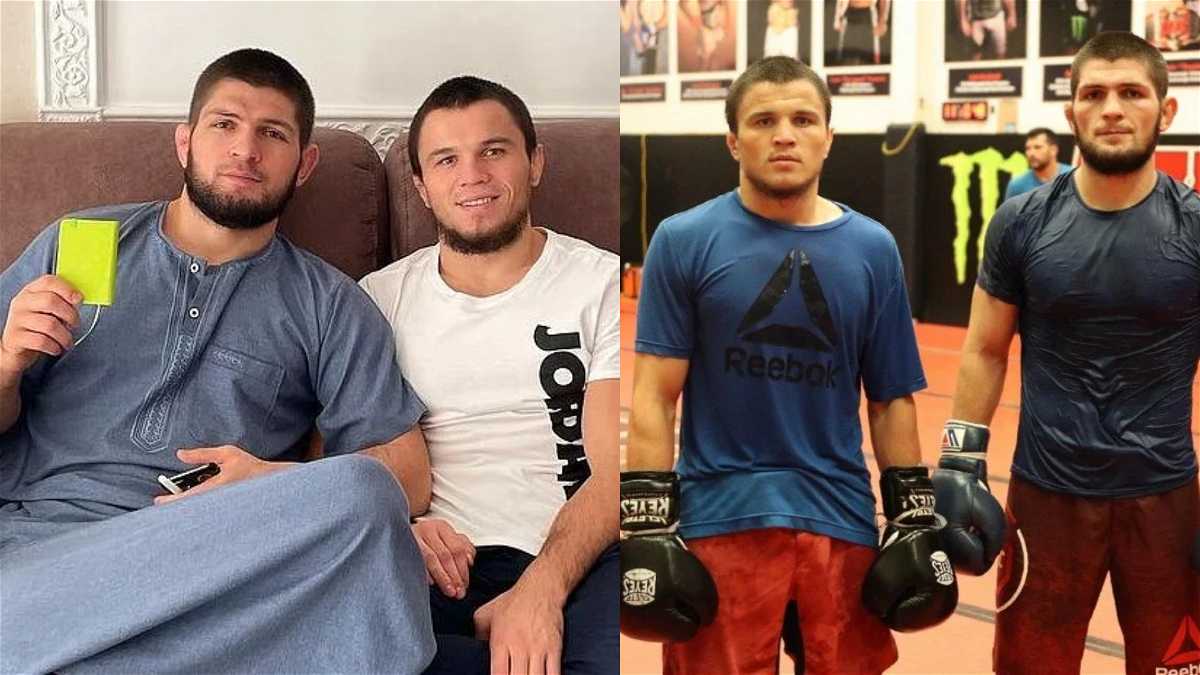 Umar Nurmagomedov kickstarted his UFC journey with a spectacular win over Sergey Morozov yesterday. The 25-year-old looked very calm and composed since the start of the fight. He went for his 13th straight win exactly 9 years after Khabib made his UFC debut in 2012. He managed to efficiently dominate Morozov from the beginning and ultimately choked him out by a rear-naked choke in the 2nd round. Interestingly, even Khabib had finished his 1st UFC opponent by a rear-naked choke.

Morozov, another UFC debutant, failed to prove his mettle inside the octagon. While Umar’s fast and razor-sharp kicks were troubling him on his feet, his rolls dominated him on the ground. Ultimately, Sergey succumbed to the game that Javier Mendez planned for him. With a win like this, the younger Nurmagomedov is bound to take his family’s legacy forward.

With extremely fast and powerful kicks and strong wrestling background, he’s a threat both on and off the feet. But, many might wonder if he could be the one to take the torch of UFC’s most dominant man from Khabib in the future.

When it comes to fighting on the feet, Boxing, Kickboxing, and takedown defense constitute the most important aspects. Umar has made a pretty clear statement that his kicks are not something to mess with. There’s no doubt in it that he has an edge over Khabib in this.

The Eagle’s boxing is a result of his relentless training with Javier Mendez, the most revered boxing coach in MMA. According to Khabib, there’s a scope of improvement in the debutant’s boxing. It is pretty certain that if he sticks with Mendez, he will become very good at it.

Both of them are the products of Abdulmanap Nurmagomedov. So, there’s no doubt that these brothers are 2 of the most feared wrestlers in the UFC currently. Their biggest specialty is to maul people. So, it is very difficult to tell who’s the better wrestler. But apart from Abdulmanap Nurmagomedov’s teachings, Khabib is also on his side to mentor him and polish his wrestling. So, who knows Umar might end up becoming even a better wrestler than Khabib 10 years down the line. The pace at which his career is heading in the right direction, we might be very soon introduced to a new UFC champion.