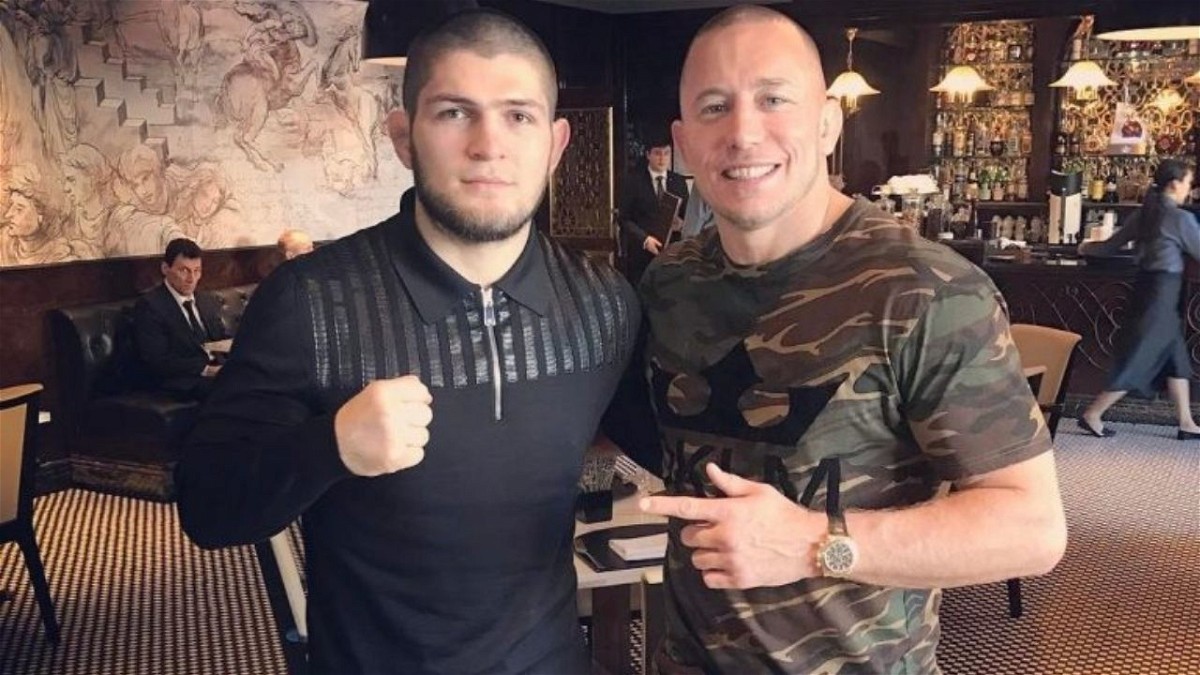 Georges St-Pierre surprised Khabib Nurmagomedov at the Arnold Sports Festival 2021. Khabib was invited there as a guest and had no idea that his childhood hero GSP would be there at the same time. The two GOATS of the MMA world shared the same stage for the first time and the interaction between them was enough to make any MMA fan get hyped up.

GSP being the fun person he is, came from behind during Khabib QnA and gave him a playful rear-naked choke. Nurmagomedov seemed very surprised and instantly stood up on his feet to greet GSP.

Georges joked about how he wanted to catch Khabib from behind and choke him to submit. “I told his team that I will slide behind him like a Ninja and it’s gonna be my turn this time, ” St-Pierre revealed. The two retired legends showed nothing but a great amount of mutual respect for each other during the conversation. Khabib shared his memories about GSP and how his father’s favorite fighter was St-Pierre. “ I grew up watching his fights. And it’s my pleasure to be you with him today“.

During the interaction, St-Pierre showed his respect to Khabib and congratulated him for his achievements in and outside the octagon. ” You( Khabib) are as close to a perfect fighter as anybody can be, perfect career, undefeated, it’s amazing” GSP added. Both had a great conversation and there was a sense of comradery between the both.

Can Khabib Nurmagomedov vs Georges St-Pierre happen ever?

Khabib Nurmagomedov has always dreamt of fighting GSP.  The Eagle once revealed that UFC president Dana White offered him that fight. However, Khabib refused it. In an interview with MMA Junkie, the Eagle said that he turned down that fight because he believes both GSP and Khabib are finished with the sport. 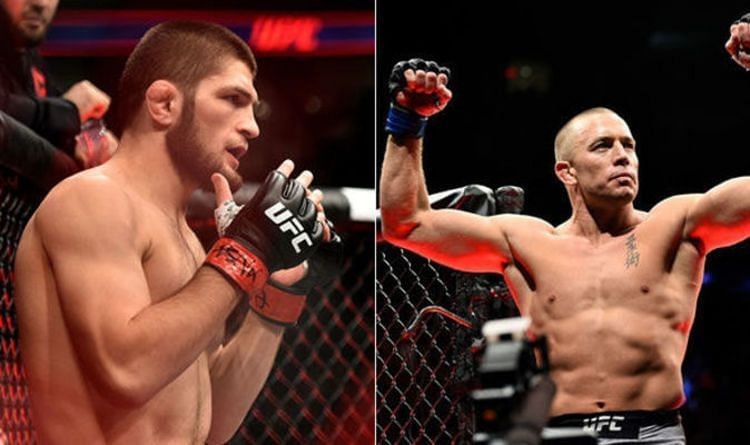 Georges has always shown his affection towards Khabib and his fighting style, in the Joe Rogan show GSP has already shared that he wanted to fight Khabib and how challenging that would have been for him.

Khabib and St-Pierre both retired from MMA at a high end. Eagle retired with an undefeated 29-0 record and St-Pierre retired in the months following his historic title win over Michael Bisping at UFC 217.

Even though GSP might think of returning to the octagon it is certain that Khabib will stick to his decision. So, unfortunately, fight fans may never be able to see this great clash between the two.