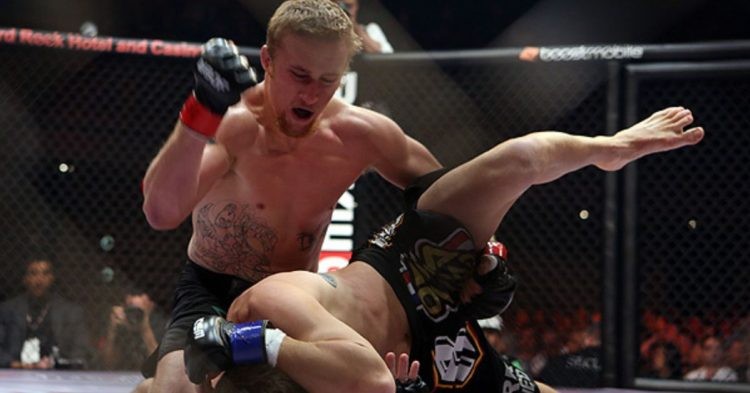 Justin Gaethje will take on undisputed king of the lightweight division in the form of Khabib Nurmagomedov in the main event of UFC 254. After an impeccable performance against Tony Ferguson back at UFC 249, where Gaethje picked up an impressive 5th round TKO victory to win the interim Lightweight Championship and a unification title shot against probably the greatest of all time Khabib Nurmagomedov. For a very long time Justin Gaethje has been seen as the figher to finally dethrone Khabib Nurmagomedov, because of his of wrestling pedigree and solid one-punch knockout power at the UFC Lightweight division.

Justin Gaethje is an All America Division I wrestler. However, the Human Highlight Machine has not used his grappling inside the octagon. After relying on his solid knockout power to win the fights, Gaethje will look to change his gameplan in his fight against one of the most dominant fighters the world of mixed artial arts has ever known. 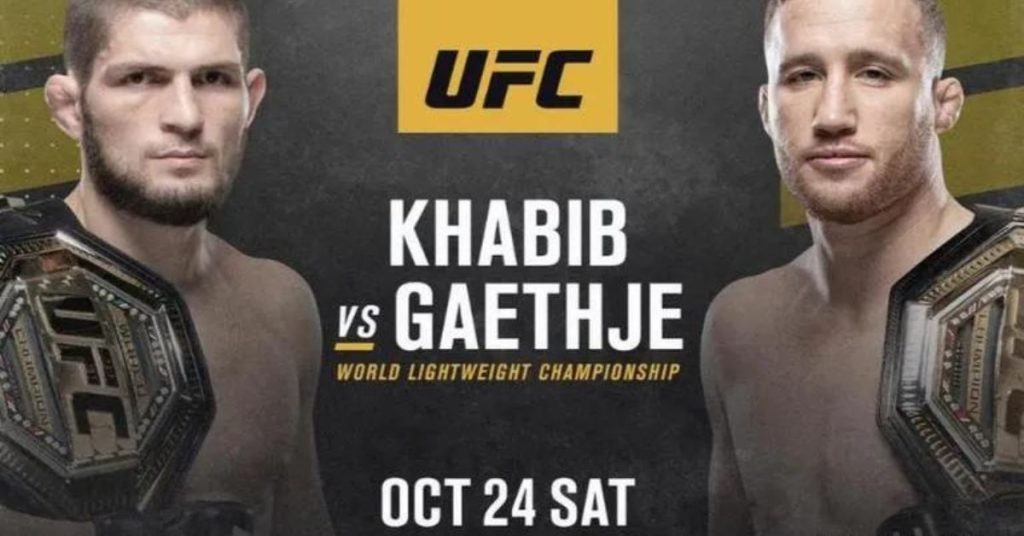 In a recent conversation with Brett Okamoto of the ESPN, Justin Gaethje talked about the changes he has made to his training camp ahead of his much anticipated showdown against the Dagestani fighter Khabib Nurmagomedov.

“Carrington Banks is one of my main training fighters. He is really good at wrestling in MMA, which is very different from wrestling.” Gaethje continued, “I would say smaller, not as strong as Khabib would ever be. He is incredibly fast and he is a great wrestler. Lot of the upper body stuff, lot of running, my legs got to be ready for 25 minutes of wrestling. I wrestle twice a week.” Gaethje stated.

Gaethje revealed that he is not training more than three hours a day, and wants to be in the best shape at UFC 254. Talking about the challenges of wrestling someone like Khabib Nurmagomedov, Gaethje said.

“I have wrestler my whole life. I have wrestled a lot of different type of people. He’s gonna be incredibly strong.” Gaethje added that he would look to punch or knee Khabib if he gives himself space when Khabib is going for the takedown. Gaethje said in all honesty, that he would have a very hard time getting up if Khabib Nurmagomedov is on top of his because the way he carries the fighter and constant readjustsment.

How will Justin Gaethje (@Justin_Gaethje) feel in the locker room before he walks out to fight the No. 1 pound for pound fighter in the world on Oct. 24? What an answer … pic.twitter.com/I7HqEgtQf0

“My abilitiy to control distance with my feet is second to none.” Gaethje said. The interim Champion will look to dethrone Khabib, and has often talked about charging against Khabib to defeat the Dagestani great. Gaethje revealed he has been working with Trevor Whittman on how to keep distance and stay off the fence, somewhere Khabib Nurmagomedov is at his absolute best.

It’s an exciting match-up, one that is certain to push Khabib to the deep ends. Only time will tell if Justin Gaethje will dethrone Khabib Nurmagomedov, and we will have to wait till UFC 254 to find out.