Yair Rodriguez Losses: Who is the Only Fighter to Beat El Pantera in UFC? 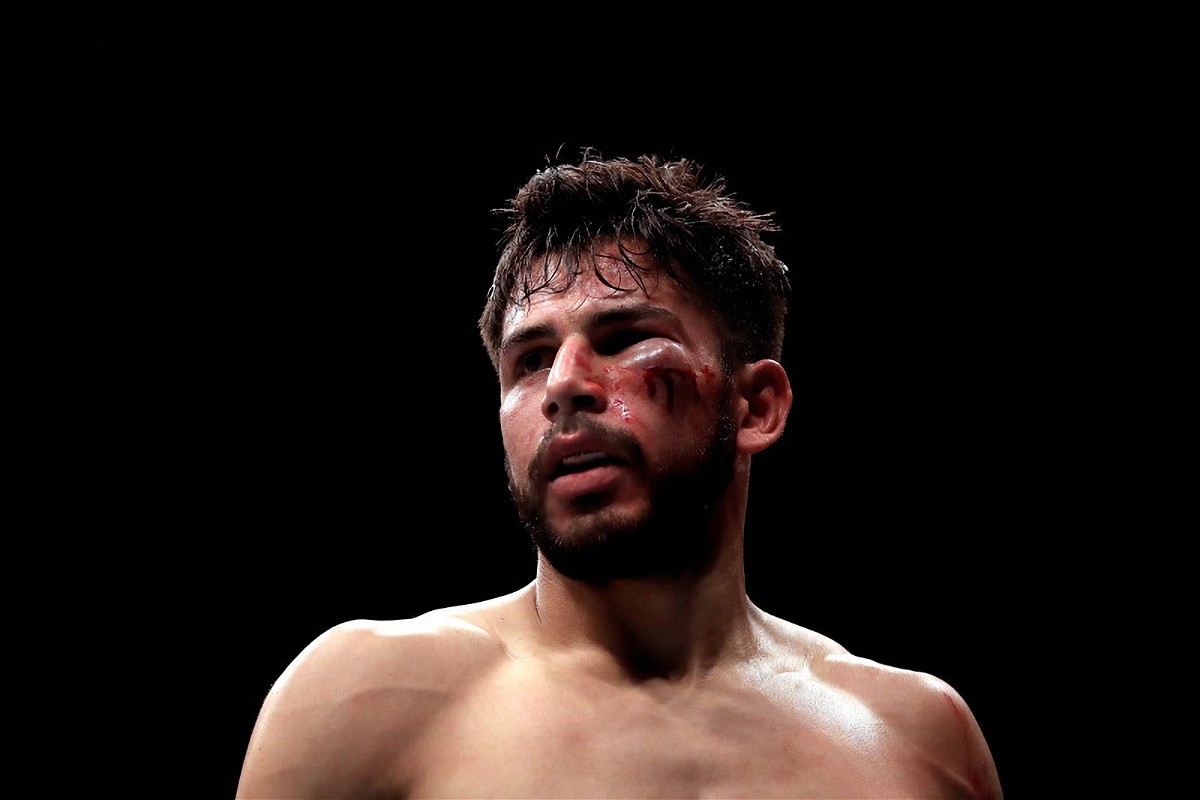 Yair Rodriguez had a strong start to his UFC career after making his debut in 2014 by winning six fights in a row. In his six-fight streak, El Pantera had stacked up wins over big names like BJ Penn, Dan Hooker, Alex Caceres and a few others.

However, after breaking through the featherweight ranks, Rodriguez had to face several adversities in his UFC career. Hence it is safe to say that El Pantera has faced both highs and lows in his eventful UFC career.

Currently, the Mexican fighter is ranked third in the division and is on a steady rise in the division. Hence it is needless to say that Yair’s goal would be to conquer the division by winning the featherweight gold. However, he faces a tough challenge on his road to the title as he takes on former featherweight champion Max Holloway in the main event of UFC Vegas 42.

A victory against “the Blessed” this weekend would give Yair Rodriguez a confirmed title shot against current featherweight champion Alexander Volkanovski. Although it won’t be an easy task for El Pantera to defeat an elite fighter like Holloway.

Who has defeated Yair Rodriguez in the UFC?

As mentioned earlier, Yair Rodriguez was UFC’s biggest prospect as he dominated his opponents and won many fights after his debut. However, after going 6-0 in the featherweight division, El Pantera was pitted against former lightweight champion Frankie Edgar in 2017. 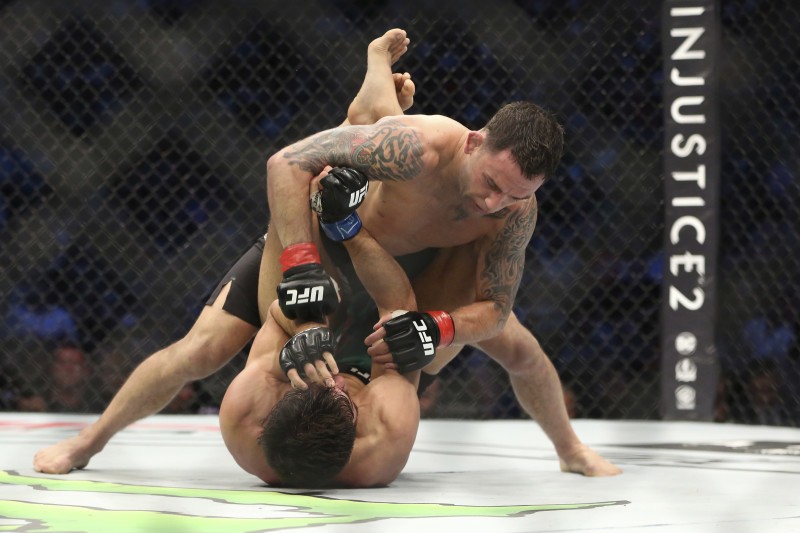 It is needless to say that this was Rodriguez’s biggest fight in his career as he got an opportunity to face a great fighter like Frankie Edgar in the main card of UFC 211. However, this matchup came as a huge surprise for several fight fans because Edgar was ranked second in the division. Meanwhile, Yair who was an upcoming star was seventh in the standings at that time.

Frankie Edgar stopped the hype train of Rodriguez and showed the difference in the rankings and skillset between the two featherweights. The Answer obliterated Yair Rodriguez throughout the fight and won this contest via TKO in the second round.

In this fight, Frankie Edgar pushed the pace and landed an early takedown in the first round. Thereafter the former lightweight champion showcased his class by delivering some powerful ground and pound. Rodriguez’s suffered a lot of damage during this round and his eye had swollen up. 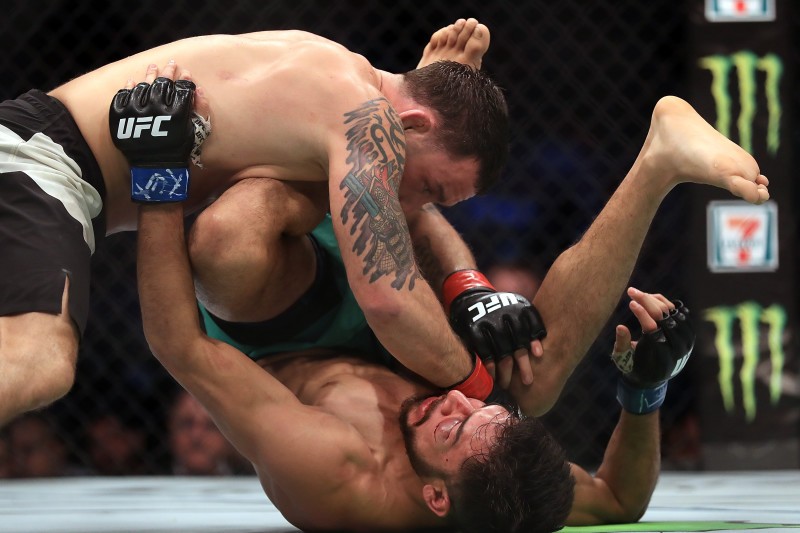 Similar to the first round, Edgar took Yair down and beat him up throughout the second round. Consequently, the Mexican fighter’s eye was completely shut after enduring a lot of damage. After checking the extent of Yair’s eye injury, the doctor stopped this fight and the referee declared Frankie Edgar as the winner by TKO-doctor’s stoppage.

This defeat against Edgar was Yair Rodriguez’s first and only loss in the promotion. Since that loss, El Pantera has bounced back by defeating Chan Sung Jung and Jeremy Stephens to rise to the number three spot in the featherweight ranks. 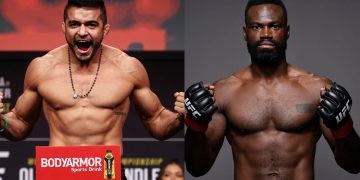