Conor McGregor recently called out the UFC welterweight champion Kamaru Usman. While everyone is aware that the Irish fighter has his eyes on the lightweight title, the welterweight belt is also something he aspires to win. Hence, he has expressed his desire to fight Usman.

In a recent interview with ‘Sky Sports’, Kamaru Usman revealed that ‘The Notorious’ is at a point in his career where he’s just talking and trying to stay relevant. Usman also hit back at Conor McGregor after the Irish star downplayed his skillset in an interview.

Kamaru Usman has been the best at welterweight for several years. Usman has defended his UFC title five times and has faced some of the best at 170 pounds. Now, ‘The Nigerian Nightmare’ has been called out by Conor McGregor.

In a recent interview with Sky Sports, Usman explained why he is not letting Conor McGregor‘s callout affect him. Usman said, “I don’t take anything that he says seriously because I understand he’s just a clout chaser. He’s just looking for clout. He likes to attach his name to the guy at the top of the sport, just to announce his resurgence. That’s what he does. He just wants to keep his name relevant out there.” 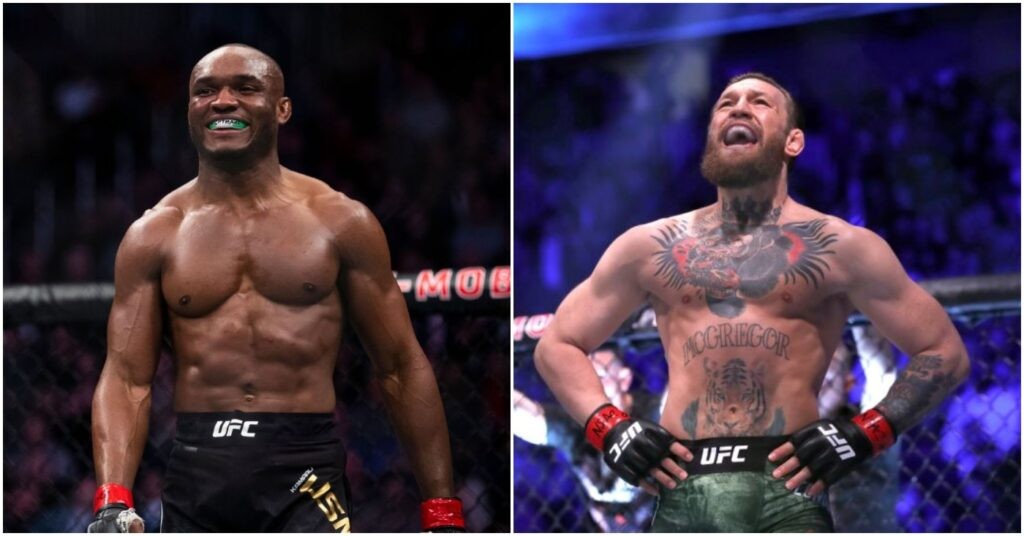 Conor McGregor is aiming to return to the octagon in 2022 following a leg injury that he suffered in his last fight against Dustin Poirier. Whilst, Usman will likely face Leon Edwards for his next welterweight title defense later this year, although nothing has been officially booked.

Do you think we will ever see a bout between Conor McGregor and Kamaru Usman? Let us know in the comments section below.