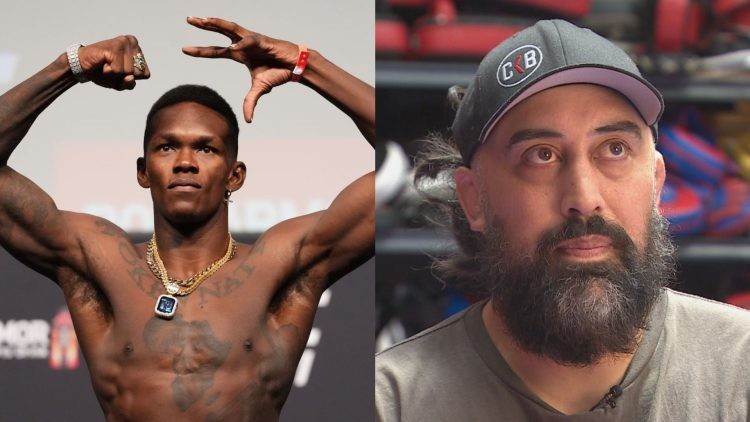 Israel Adesanya marked yet another successful title defense at UFC 276 against Jared Cannonier. While Adesanya was able to retain his title, he was at the receiving end of a lot of criticism for his “boring” performance. The fans made their disappointment heard by booing and whistling during the fight.

By the looks of it, it seems like fans were clearly hoping to see Israel Adesanya put on a rather action-packed performance by landing a finish. However, they were left disappointed and made their disregard pretty evident. Clapping back at the criticism from the fans, Adesanya’s head coach Eugene Bareman suggested that there are two people in the fight and ‘Izzy’ shouldn’t be blamed for putting on a boring fight.

During a recent interview with Submission Radio, Eugene Bareman also suggested that the fans who are critical of his fighters don’t understand the risk the fighters are putting themselves through to get through a fight.

Is it fair to criticize Israel Adesanya for lack of finishes in his fights?

Israel Adesanya has just one finish in his last five wins inside the octagon. Because of the same, he has been heavily criticized and termed as a ‘boring’ fighter. His last finish came against Paulo Costa in 2020 when he secured a 2nd round TKO finish.

However, it isn’t fair to blame ‘Izzy’ for getting the job done while taking seemingly no damage at all during his fights. At the end of the day, the only thing that matters is getting the W. And that hasn’t been a problem for him in the middleweight division.

That @Stylebender jab is hitting with pinpoint accuracy 🎯 #UFC276 pic.twitter.com/wQANTGQG7J

Israel Adesanya is far more than just a brawler and picks his shots carefully rather than just firing in hope. Moreover, he seems to have perfected the art of hitting and not getting hit. Moreover, his skill set is quite evidently far better than that of his opponents.  So, there’s really no need to engage in pointless exchanges where he could get hurt and potentially suffer a loss.