Justin Gaethje put up an incredible display of boxing and completely dominated Tony Ferguson at UFC 249 to win the UFC interim Lightweight Championship. With the win, Gaethje also snapped Ferguson’s record 12 fight win streak in the UFC lightweight division. Gaethje is currently enjoying a four-win win-streak with KO wins over Donald Cerrone, James Wick, and Edson Barboza. However, it was his sharp performance against Tony Ferguson which has made him a credible opponent against Khabib Nurmagomedov.

Justin Gaetje accepted the short-notice fight against one of the most fiercest fighters in UFC, Tony Ferguson. However, he was a step ahead Ferguson in the fight and showed great footwork to dominate Ferguson in what was a brutal striking battle between the two fighters. 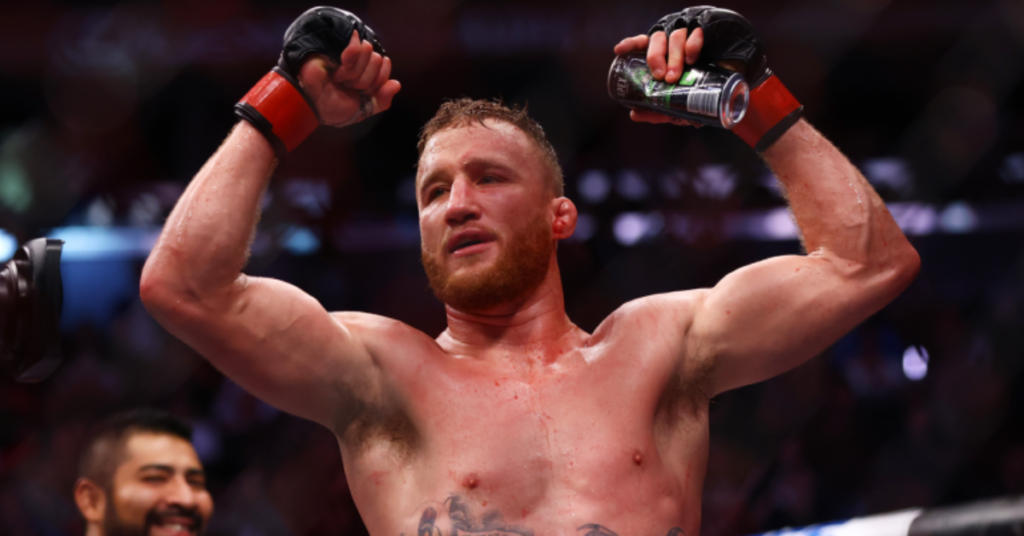 Khabib Nurmagomedov had great words for his next opponent Justin Gaethje. Both the fighters will take on each other in the main event of  UFC 254 in a title unification bout for the Lightweight Championship of the world. In a recent conversation with RT Sports, Khabib Nurmagomedov opened up about his next fight and revealed his thoughts on Justin Gaethje ahead of UFC 254.

“He fights, he wants to be the best in the world and I respect his efforts. He’s achieved a lot in the sport and I think he’s a worthy opponent. You saw what he did to Tony Ferguson. I don’t underestimate him. It’s strictly professional. We’ll get in the cage, shake hands, handle our business, and leave.”

Justin Gaethje has been training with Ryan Deakin in preparation for his title fight with Khabib Nurmagomedov. Gaethje should be well prepared 🇺🇸 @Justin_Gaethje @RyanDeakinn pic.twitter.com/HV8c6xv7jO

Both Justin Gaethje and Khabib Nurmagomedov are managed by Dominance MMA and share a good relationship with each other. Khabib and Justin have known each other since Gaethje’s early days in WSOF and Khabib’s early days in the UFC. When asked whether the loss of his father is going to affect his performance against Gaethje, here’s what he had to say.

“I am sure everyone in this room has lost someone. A friend, a neighbor, a mother, a father, a girlfriend. Everyone goes through loss. I understand that but on the other hand, it’s very difficult.” Nurmagomedov continued, “Some people have a strict father-son relationship. But my father was very close to me. We were like friends. He was my father and coach. We were always together.”