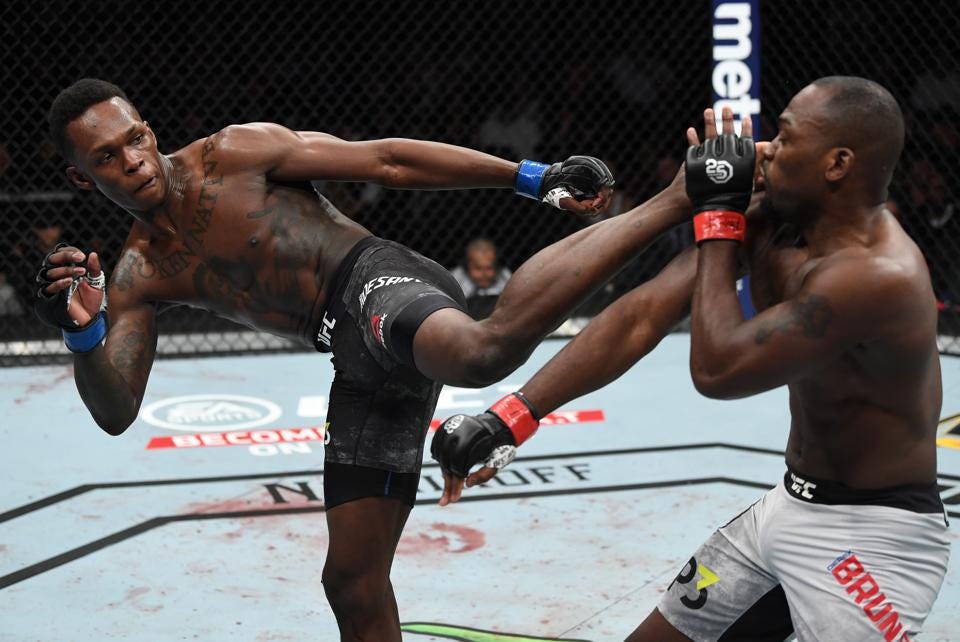 The first installment between Israel Adesanya and Derek Brunson might have ended in the favor of Adesanya. But, Derek Brunson certainly believes he can make the necessary adjustments in the rematch, and rightfully so.

Derek Brunson is on a five-fight winning streak including wins over Darren Till, Kevin Holland, and Edmen Shahbazyan. Following his impressive submission win against Darren Till, Derek Brunson called out the champion Israel Adesanya. Talking about the rematch with Adesanya, Brunson stated:

“Just really taking time. This camp I was not as sharp as I would like to be with my standup. My standup is a lot better than I was able to show tonight. But I would like to be sharper. I was injured for like last three weeks of this camp. I think with that time to spar and prepare, my stand up is looking really good. And I can pose a threat to Izzy on the feet and definitely on the ground.”

However, the champion did not seem to like Brunson’s claims following UFC Vegas 36 as he trolled the UFC veteran with a series of tweets. Adesanya tweeted:

Can Derek Brunson beat Israel Adesanya in a rematch?

The first fight between Brunson and Adesanya was not competitive at all. Israel Adesanya defended every takedown attempt from Brunson with ease and punished him on the feet, securing a spectacular TKO win.

But, Brunson has certainly changed his game plan and is using his wrestling way more effectively than he ever did. But, that might not be enough to beat Israel Adesanya.

There were a lot of doubts around Adesanya’s wrestling and ground defense following his loss to Jan Blachowicz. However, he outclassed Marvin Vettori, one of the best grapplers in the division, in his next fight and proved the critics wrong yet again.

It’s very likely that the second fight end with another victory for Israel Adesanya. But, Brunson might be able to put up a way better performance than in the first fight.

However, Israel Adesanya will need to defend his title against Robert Whittaker before he sets his eyes on the Brunson rematch. Meanwhile, it’s a possibility that Brunson will fight Jared Cannonier for the number one contender spot.