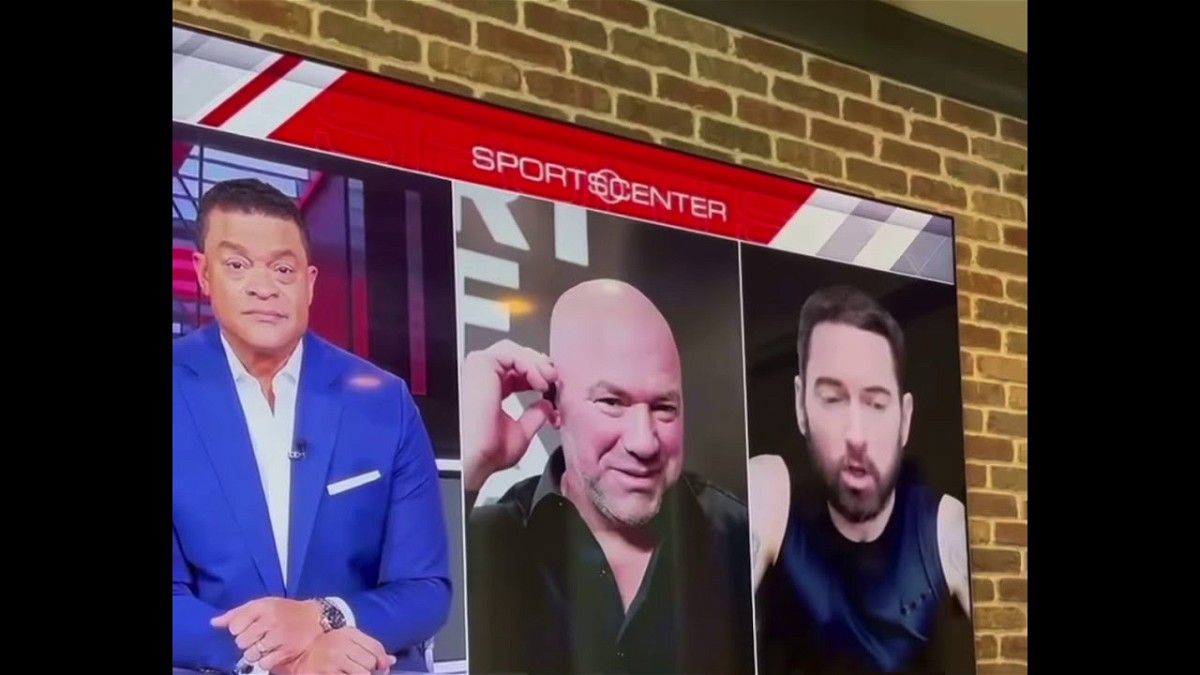 With all the buzz surrounding the UFC 257, it is quite safe to say that the whole world is looking forward to another masterpiece to be delivered by the UFC. The fighters and Dana White have been quite busy lately doing interviews and press conferences. But, one thing is making rounds on social media where Eminem is supposedly seen lashing out at White. An excerpt of that interview with SportsCenter has been tweeted by the former UFC Heavyweight Brendan Schaub. Check out the words that the Detroit rapper has for White to offer:

“The best part about your opinion is that it doesn’t matter. And if every fighter that you had, listened to your opinion when you doubted them, you wouldn’t have a fucking league.”

The UFC has been using Eminem’s songs to promote events

It has been a years old tradition to use Eminem’s songs to promote UFC’s events. This time too, UFC had used Rap God’s song Higher to promote UFC 257 main event. Currently, the reason is not yet clear why Eminem used such harsh words against White. Though it seems that he is siding with the fighters but many have also speculated the open support Dana shows Trump to be the reason. Whatever the reason may be, this is one of those things that come unexpectedly.

Eminem is back in the game

Eminem closed the last year releasing the B side to his latest album “Music To Be Murdered By”. On the other hand, the UFC boss ended 2020 by organizing a magnificent performance by Stephen Thompson and Geoff Neal. White has also been looking forward to a great 2021 with many title defenses on the line. Let’s see what is going on between Dana White and Eminem as the whole story unfolds itself over the due course of time.