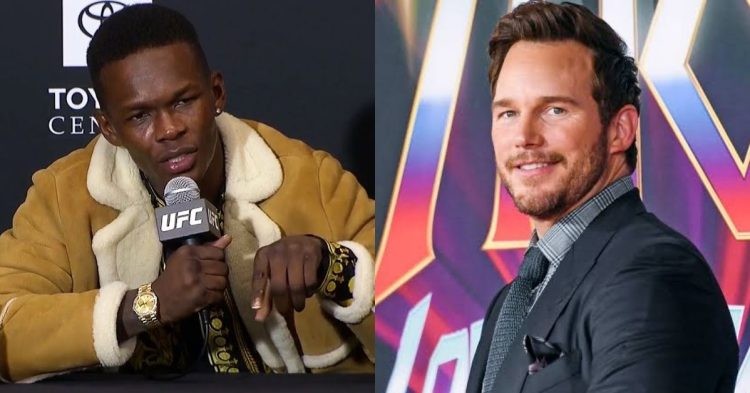 Israel Adesanya has faced a lot of criticism from fight fans despite defending his title for the sixth time after his win over Jared Cannonier at UFC 276. Not only fans but fighters and celebrities have also blasted Izzy for his lacklustre performance in the main event of the recently concluded PPV.

Hollywood actor Chris Pratt who was in attendance for the UFC 276 PPV also gave his opinion on Israel Adesanya’s win against Cannonier. He slammed The Last Stylebender for not putting up a good display after the champion promised a knockout win in the build-up of the fight.

“I’m going to say this as humbly as I can — I’ve never stepped into the octagon,” Pratt said on the UFC 276 post-fight show. “I don’t know this game. I’m just an actor, but I’m not a fan, man. I’m not a fan of coming out like, all that talk, and then just kind of putting on a little bit of a pitter-pat [performance]. I’m like, c’mon, man. You’ve got to cash on that promise of being so badass.”

Earlier today, Israel Adesanya decided to reply to Pratt and end the beef by sharing a clip of the Hollywood actor’s movie “Wanted”. In this clip, co-star James Mcvoy slams a keyboard on Chris Pratt’s face.

He captioned this tweet “Good morning. “I’m the man. You’re just some fan.”

As mentioned earlier, Israel Adesanya had to deal with a lot of trolling on social media after he picked up his fourth straight decision win in the UFC. Consequently, Izzy now has the worst finishing rate as a champion after Carla Esparza.

In the UFC 276 post fight press conference, The Last Stylebender responded to fans claiming that he is a boring fighter after not going for the kill against Cannonier. Izzy admitted that he had an off night but he also said that he won’t change his fighting style by risking his body.

His coach Eugene Bareman and bantamweight champion Aljamain Sterling also jumped in his support on social media. Funkmaster explained in one of the videos that it was a good technical fight and fans can’t expect a fighter to deliver a barn burner in every single fight, especially a championship bout.

Similarly, Adesanya’s coach also voiced his opinion and said that his fighters want to live a long and successful happy life. Izzy is one of the most dominant fighters in the middleweight division. However, there will always be a certain section of fans that will not appreciate his greatness inside the octagon.