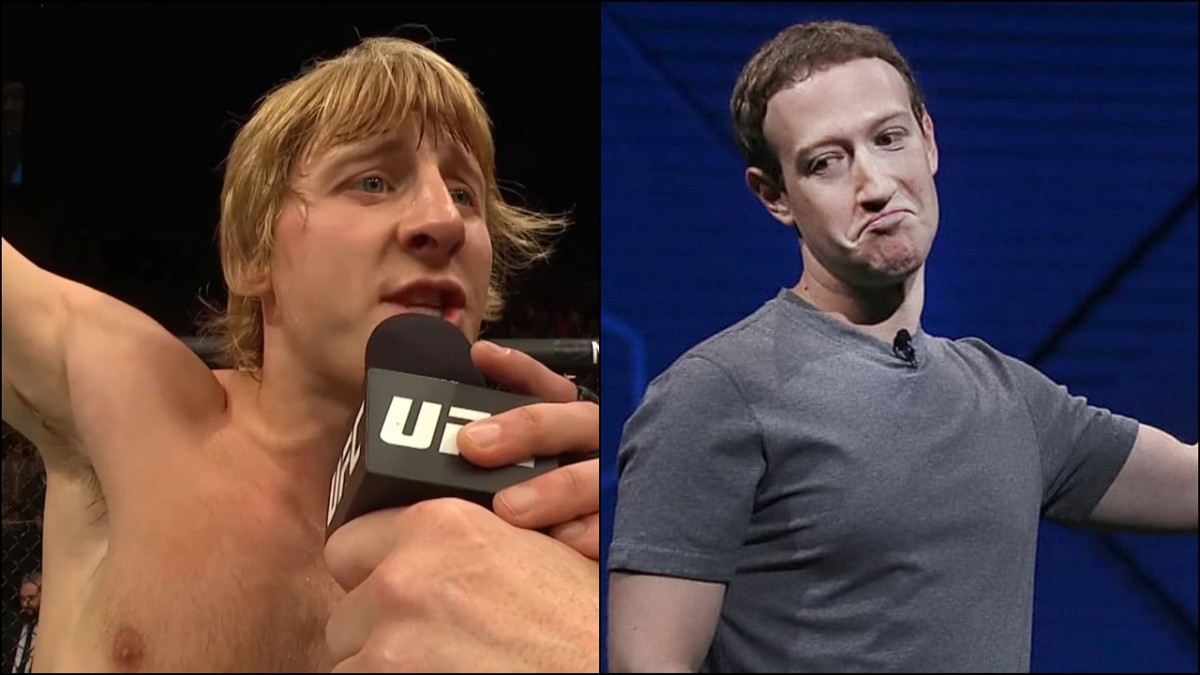 For the fans and pundits that are doubting Paddy Pimblett, he just proved them wrong with another first-round stoppage in his second UFC fight. Afterwards, he called out Mark Zuckerberg for taking down his Instagram accounts.

Unlike the first fight, Pimblett won the fight today at UFC Fight Night London via submission. However, it wasn’t a smooth performance from the English fighter. Pimblett got clipped with a hard shot in the opening seconds of the bout.

It did seem as if Paddy’s legs buckled for a second. But he immediately turned to his grappling skills as the 27-year shot for a takedown to survive the onslaught. But Rodrigo Vargas got the better of the exchange.

PADDY PIMBLETT GETS IT DONE IN ENGLAND!! pic.twitter.com/xpZfXRzwo5

Paddy Pimblett ended up on his back for quite some time. However, ‘The Baddy’ slowly managed to pick himself back up on his feet with his back on the cage. Just when it seemed Vargas was getting the better of him in the clinch, Pimblett used a beautiful hip toss to take Vargas down.

That was the beginning of the end for the Mexican fighter. Pimblett gradually secured the 36-year old’s back and snuck in a rear-naked choke. Vargas had no choice but to tap ultimately as Pimblett’s arm was under his chin. The contest ended at 03:49 of the first round itself.

Paddy Pimblett explains why he wants to fight Mark Zuckerberg

From the moment he stepped out to fight, the crowd was fully behind him. Although they got quiet for a brief period of time when their homeboy was on his back, the energy picked right back up the moment Paddy threw that hip toss.

The crowds in the United Kingdom is known for their rowdy nature anyway. But the O2 Arena witnessed something special with the arrival of Paddy Pimblett tonight. Following his fight, the crowd sang ‘Oh Paddy, The Baddy.’

The London crowd is LOVING this ????

“You know, it wasn’t as clean as I like. But, are you not entertained? I’m never ever ever ever, in a boring fight lad. I have to get a punch to the face to get woke up. I’ve got a nice little shining in the morning to prove it,”

However, Paddy did not rate his performance highly as he only gave it a ‘5 or 6’. He also admitted that the shot did rock him for a brief period of time. Paddy also touched on the first takedown attempt that did not go his way.

Paddy Pimblett further stated that the O2 Arena is a small one and he wants to fight at Annfield next. Talking about his next opponent, He denied a fight against Ilia Topuria next. However, there is a person that the Brit wants to fight.

“Who I wanna fight, Mark Zuckerberg, lad I’m gonna punch you. I’m sick of you lad, know what I mean? Sick of you! Shut all my Instagram accounts down when’s all I do is help charities and help people with mental health problems. You’re the biggest bully in the world lad,”

He then gave a shout to the family members of a neighbour who passed away recently. Paddy Pimblett also paid respect to the victims of tragedy with the chants of ‘Justice for ’97’