“Zero Wrestling” – Khamzat Chimaev Calls Israel Adesanya Easy Money, Says He Will Finish Him Inside One Round 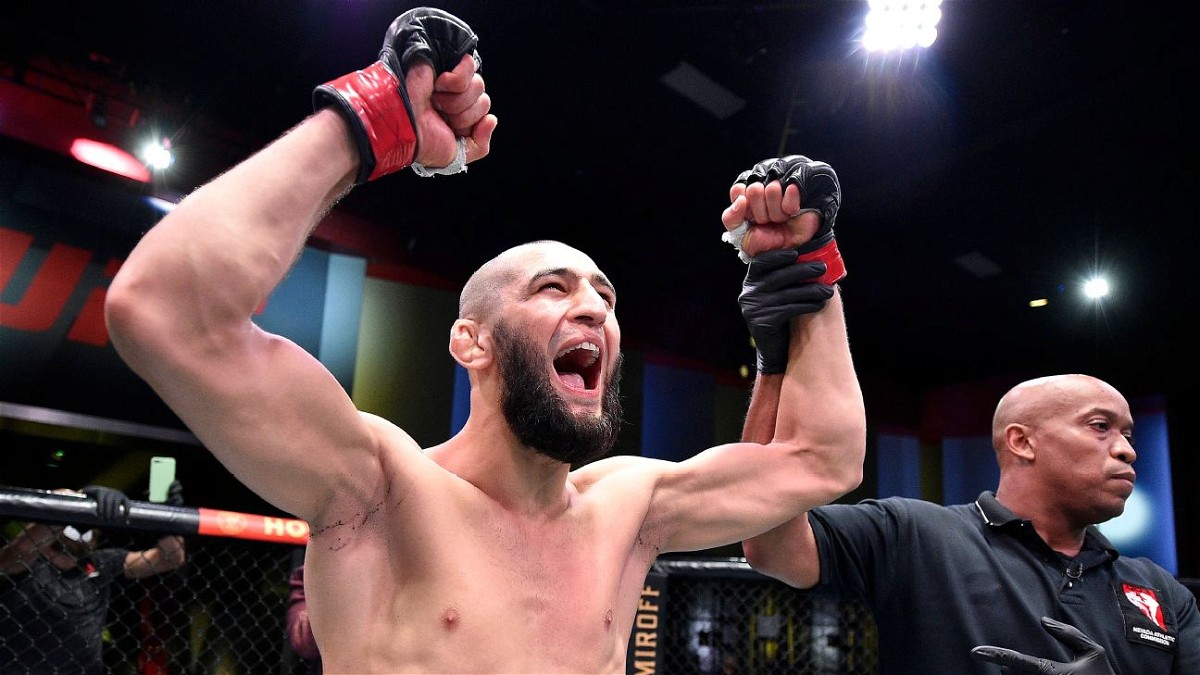 UFC 271’s blockbuster main event drew to a close with Israel Adesanya successfully defending his title. Beating his challenger, Robert Whittaker, for a second time the champion sounded off a warning to the rest of the division. Adesanya secured the interim championship at UFC 236 in April 2019, against Kelvin Gastelum. Later in the same year, he unified his championship in his first match against Robert Whittaker. The UFC 243 main event marked the beginning of Adesanya’s middleweight reign and he has defended it ever since. While middleweights haven’t found success yet against him, a welterweight thinks he can do better. Namely, the explosive Khamzat Chimaev.

The rise of Khamzat Chimaev

The Swede has only been in the UFC for 2 years, yet he commands significant respect for his craft. He burst onto the scene in 2020, fighting thrice in just 2 months. At UFC’s Fight Island in Abu Dhabi, he made light work of three opponents winning performance of the night for each of his 3 fights in the 2-month span.

His lethal knockout repertoire has preceded him in every fight of his and even in fight negotiations as landing a fight has proved difficult for him. Undefeated in 10 career fights, his next bout is yet to be finalized after 3 canceled fights against Leon Edwards.

With welterweights ducking him left, right and center, Khamzat is opening up his options.

Tweeting out after Adesanya’s main even win, he called out the reigning middleweight champion and believes he’d make short work of him. It’s not difficult to take him seriously either. His claim is not unfounded. Robert Whittaker exposed the wrestling side of Izzy’s game and potentially how vulnerable he is to it. The Australian took the champ down multiple times and had him on his back too. A more skilled wrestler would have asserted control and perhaps had a different outcome to the fight. A wrestler with perhaps Khamzat’s resume. Khamzat is a three-time Swedish National champion in wrestling and is considered one of the best wrestlers in the UFC.

The #11 ranked welterweight will hope his callout gets some traction and at least helps him land a top 10 fight. If not a fight with UFC’s current megastar Israel Adesanya.