“I Would Definitely Fight Conor”- Charles Oliveira Wants to Fight Conor McGregor, Says Justin Gaethje Will Have to Wait 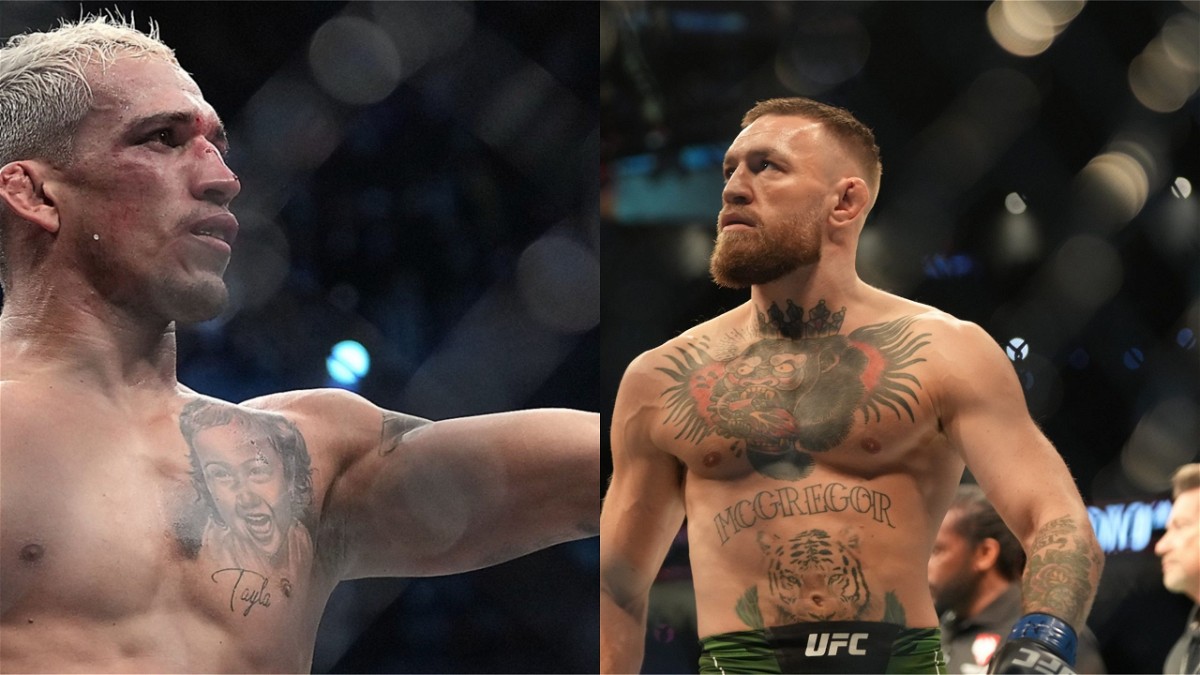 Conor McGregor might fight for the UFC Lightweight Championship next. That is not coming from any news outlets. The champion Charles Oliveira has expressed his wish to fight Conor and if the opportunity arises, Oliveira would not hesitate to get in the cage with McGregor ahead of any of the contenders in the queue.

Charles Oliveira is coming off a massive win over Dustin Poirier. The last Pay Per View (PPV) of the year, UFC 269 had Oliveira and Poirier pitted against each other. In typical fashion, Charles Oliveira had a poor first round. He stood in the pocket with Poirier and got picked apart by accurate jabs and big right hand hooks.

But similar to his fight against Michael Chandler, ‘Do Bronx’ turned it around in an immense change of tactics. Oliveira is one of the most celebrated grapplers in the UFC. He finally decided to put that to use and took down the challenger. That signalled the end of the fight as Dustin seemed severely out matched in the grappling department. After struggles in the second round, Poirier gave up his back and got finished by a standing Rear Naked Choke (RNC).

In the post-fight press conference, Charles Oliveira was asked what was next for him? Justin Gaethje is the next rightful opponent as he is currently ranked no. 1 in the division. After a loss to Khabib Nurmagomedov, Justin rebounded with a win over Michael Chandler.

Answering whether Gaethje was the fight that made sense or not, Oliveira did not give any firm answer. However, on the same day, the former 155 lbs champion McGregor called out the current via a tweet. Conor has the track record of getting what he wants as a result of his massive star power.

The champion seems to be all in on the idea. Conor McGregor fight cards are usually the biggest PPV sellers. His two fight cards this year have sold 1.5 million and 1.8 million respectively. And the champion usually gets PPV points. Hence, the earnings become massive.

In an interview with MMA Fighting’s Portuguese-language podcast Trocação Franca, Oliveira said, “If I had the chance to fight Conor for money today, I would, Of course, no one’s a fool. ‘No, I’ll fight someone else because of the belt, leave Conor alone’ — who’s going to do that? Only a fool. If I had the opportunity to fight Conor, I would definitely fight Conor. The belt is mine regardless. The division has to get by and wait a little bit. There’s nothing else to do. We have to think about our families, our children, think about what we can do down the line.”