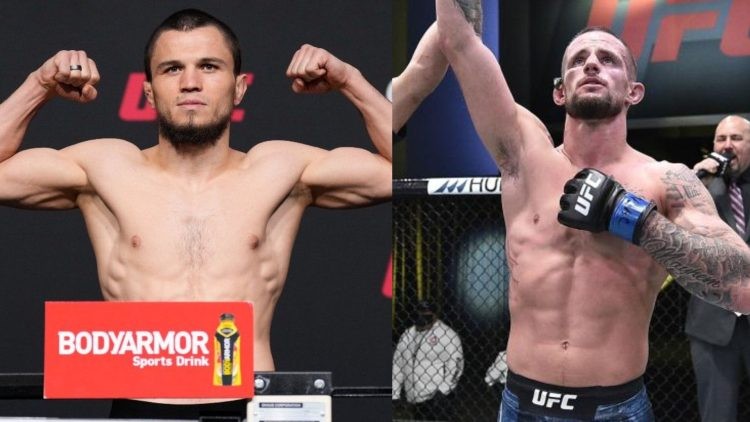 UFC will return to its Apex in Las Vegas this weekend on June 25th for its latest Fight Night event with an exciting card in-store. The card will feature a number of matchups that are worth looking forward to and will most certainly keep the viewers entertained come fight night. With that being said, let us preview one such fight on the main card of the upcoming UFC Fight Night between Nathan Maness and Umar Nurmagomedov.

Maness is walking into the fight with a three-fight win streak. His most recent victory came by way of knockout against Tony Gravely.

However, Nathan Maness has been presented with the most difficult challenge of his career in the form of Umar Nurmagomedov. Maness will have the height advantage over his opponent as he stands in at about two inches taller than Nurmagomedov.

Umar Nurmagomedov lived up to the hype, submitting Brian Kelleher in the first round at #UFC272

The Dagestani is a monstrous grappler who averages 7.56 TDs per 15 minutes which will be a lot to deal with for the American. Moreover, Nurmagomedov absorbs just 0.67 significant strikes per minute and is very difficult to hit.

There has been a lot of hype surrounding Umar Nurmagomedov ever since his UFC debut. While he has managed to live up to his hype so far, there is still a lot left for him to prove. With just 14 fights deep in his MMA career, he has shown a lot of potential. Moreover, a win in his upcoming bout against Nathan Maness can see him break through the UFC rankings.

I am just starting 👊🏻 pic.twitter.com/b5V6qthd30

It is also worth noting that Nurmagomedov has age by his side as he is just 26 years old. If he can continue to build upon his impressive run in MMA so far, we can certainly see him becoming a champion in the coming years.

It is safe to say that the odds are certainly stacked in the favor of the Dagestani. Our prediction: Umar Nurmagomedov via submission.