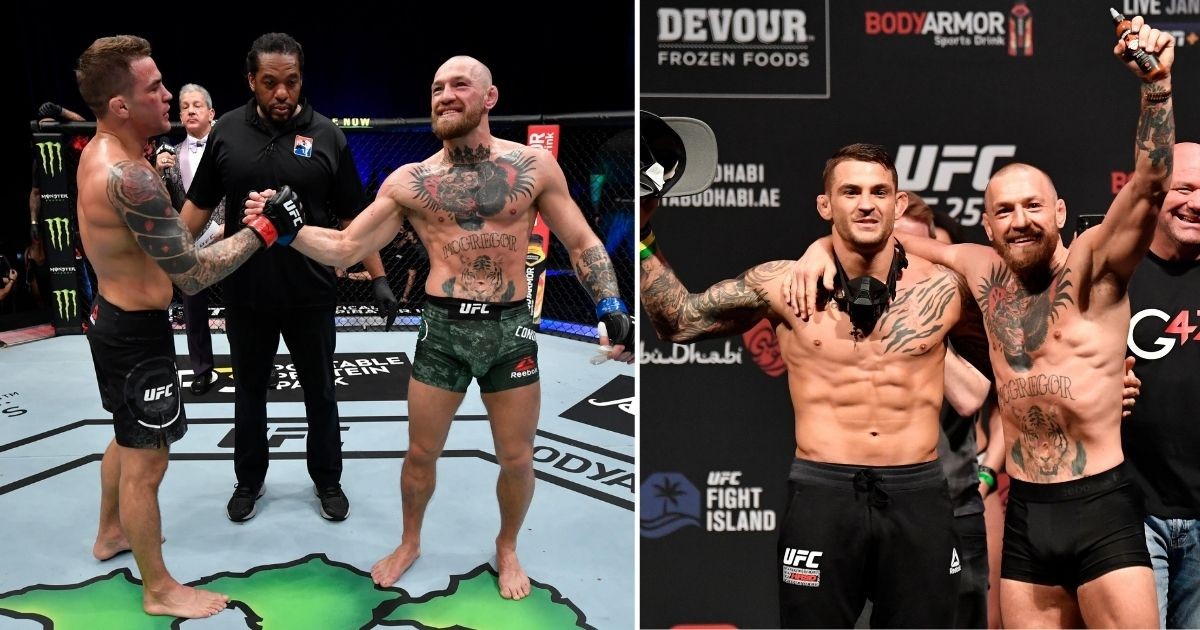 UFC President Dana White had said in the lead-up to UFC Fight Island after negotiations disputes with several fighters including the likes of Jorge Masvidal and Jon Jones.

“We get into this money shit and stuff that’s going on right now, everybody acts like this is a f**king career. This isn’t a career, this is not a career. This is an opportunity.”

Quite surprisingly, it seems like fighters have caught up with the President and ready to take advantage of this “opportunity” by hand-picking opponents and making the PPV numbers do the talking as recent footage with Khabib Nurmagomedov where he can be seen convincing the lightweight champion to consider one last fight inside the Octagon goes viral.

Interestingly enough, Dustin Poirier and Nate Diaz had a back and forth after the Diamond expressed an interest in a match with the Stockton Slugger. McGregor was awarded a match-up with the #1 lightweight contender in the form of Dustin Poirier despite coming off a loss and after a gap of almost two years in the lightweight division.

UFC has always been a business

It’s what happens with every sport at a particular level. When fighters become bigger than the brand, the brand falls prey to its own business model. Daniel Cormier said it right when he mentioned that a match-up with Oliveira makes sense for the UFC’s lightweight championship, but Poirier should look towards a possible money fight against either Conor McGregor or Nate Diaz.

It’s no wonder that Dana White is not very high on bringing MMA to the Olympics. There’s no dearth of talent that is not popular, and Poirier’s victory over Conor McGregor was a prime example that UFC always had one of the greatest in their roster.

UFC has always tried to sell fights, and it has become a victim of the main principle behind WWE or the world of professional wrestling. With the sport as unpredictable as ever, even MMA will watch its fighters bask in the glory of their legacy in the latter years of their career.

Anderson Silva‘s late retirement and fight fans still hoping for Nick Diaz‘s return is evident that from being competitive, it has become a popular sport with fans looking at interesting match-ups.