Aljamain Sterling Should Not Be the UFC Bantamweight Champion 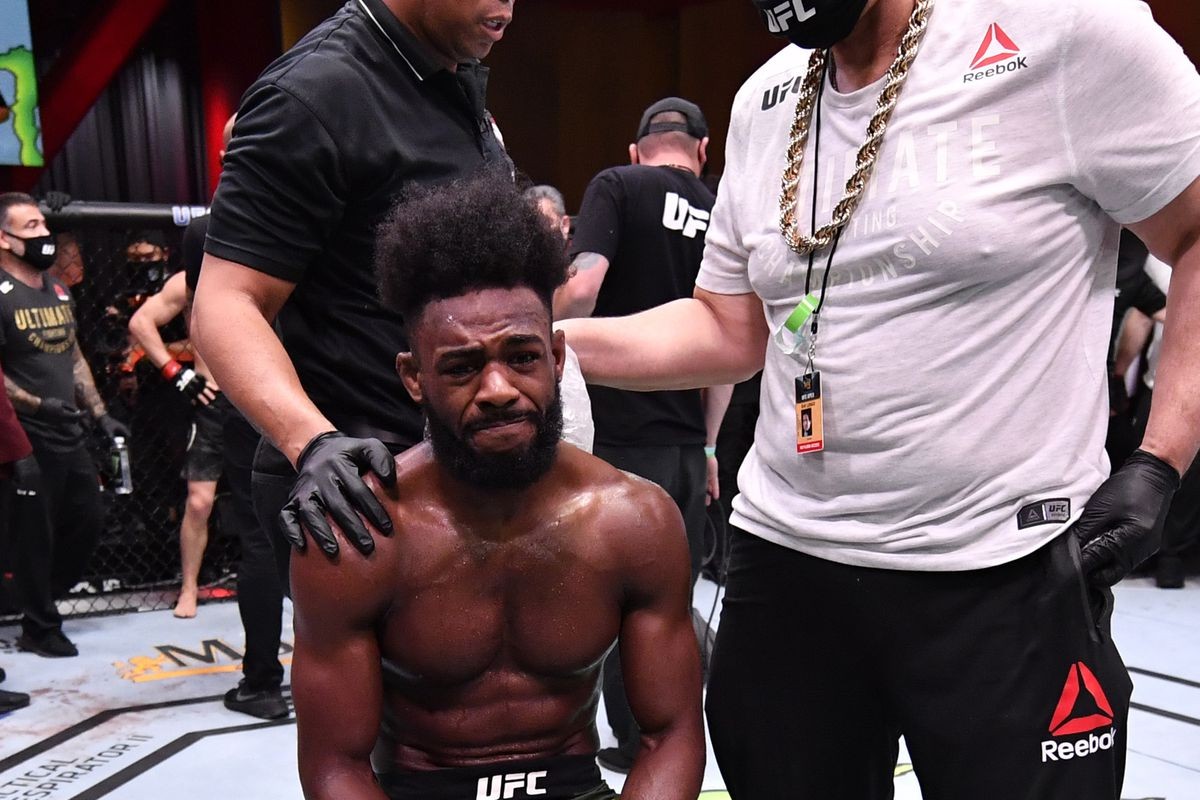 UFC’s bantamweight division welcomes their new king after Aljamain Sterling was crowned the new bantamweight champion of the world following a fourth-round stoppage owing to an illegal knee from Petr Yan. However, there’s an argument to be made. Needless to say, many fans took to social media to argue if UFC should have gone with a different decision.

Also Read: Who is Askar Askarov- The Dark Horse of the UFC Flyweight Division

It’s more reasonable for UFC to strip Petr Yan from the bantamweight strap and vacate the title for a title picture. Additionally, it goes on to say that Petr Yan might not be the one to fight for the title next. While the fighter’s pay has been an issue that’s been plaguing UFC for a very long time, it has resulted in other problems for the promotion. Most notably, rematches for close and interesting encounters.

Here’s why Aljamain Sterling should not be the bantamweight champion

While we wait for Deiveson Figueredo vs Brandon Moreno expected to take place in Jue later this year, Jorge Masvidal has been on the sidelines agreeing with nothing but a rematch against the current welterweight champion Kamaru Usman. 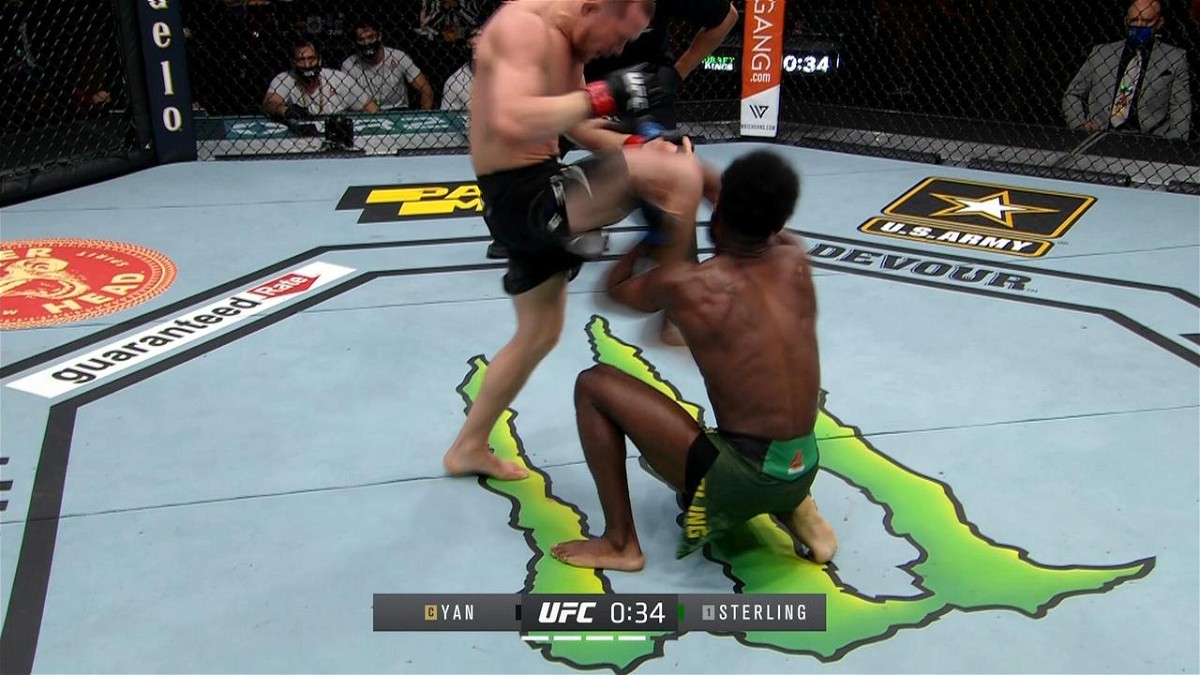 While it’s understandable that Aljamain Sterling lost on an opportunity to get his hands on the belt due to an illegal shot, it’s equally important to notice that this mere fact doesn’t make him the champion. Additionally, it invited more criticism from fans around the world. UFC could pay a huge price for this and has in the past when they decided to promote Daniel Cormier as the UFC’s light-heavyweight champion during Jon Jones’ absence.

Meanwhile, Petr Yan’s punishment here only seems like another title shot. Needless to say, UFC will once again target a rematch between Petr Yan vs Aljamain Sterling. However, with a busy and talented bantamweight division that has been booming off late, it only puts the UFC’s bantamweight division on the backfoot. 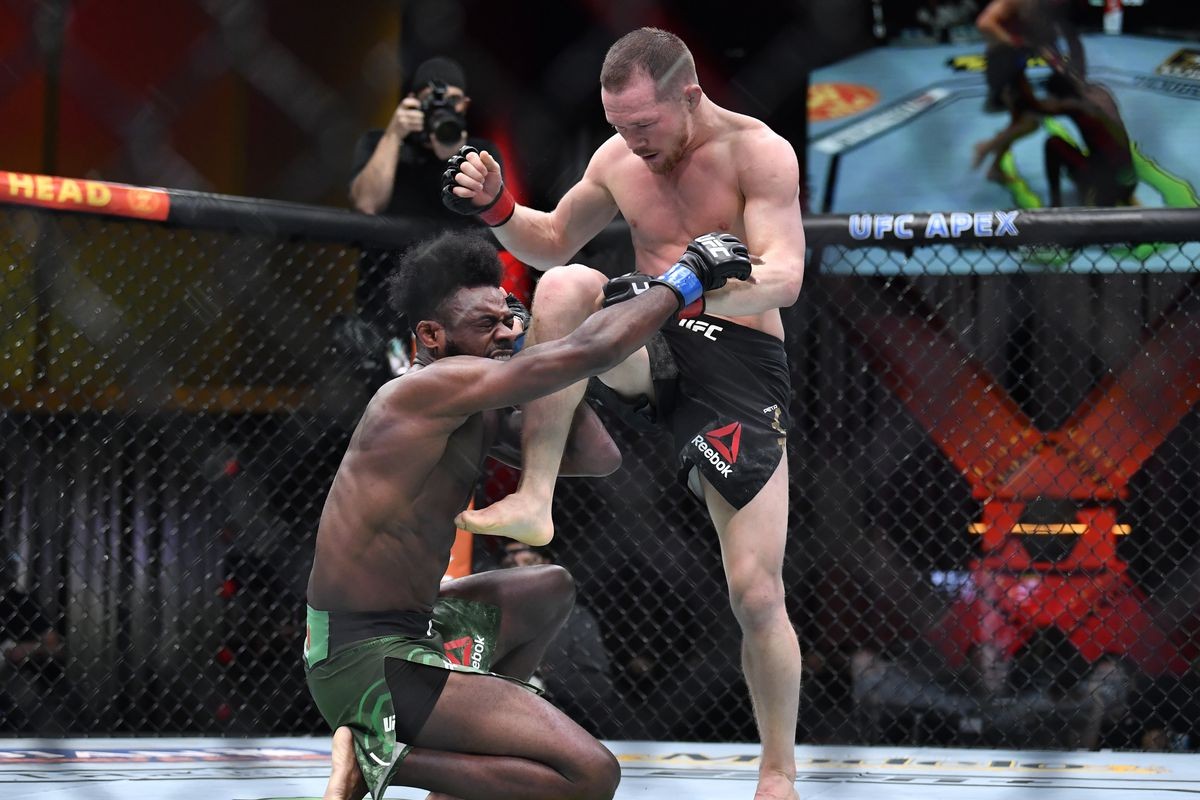 TJ Dillashaw’s return and Cory Sandhagen’s back-to-back highlight reel victories over top bantamweight contenders in the form of Marlon Moraes and Frankie Edgar may not be able to capitalize on a title opportunity at least until early 2022. Additionally, with Jose Aldo and Cody Garbrandt looking like a possibility and Pedro Munhoz‘s recent win over Jimmie Rivera, UFC’s bantamweight division has never looked better.

What Happened to The Elbow of Dominick Cruz at UFC 259?