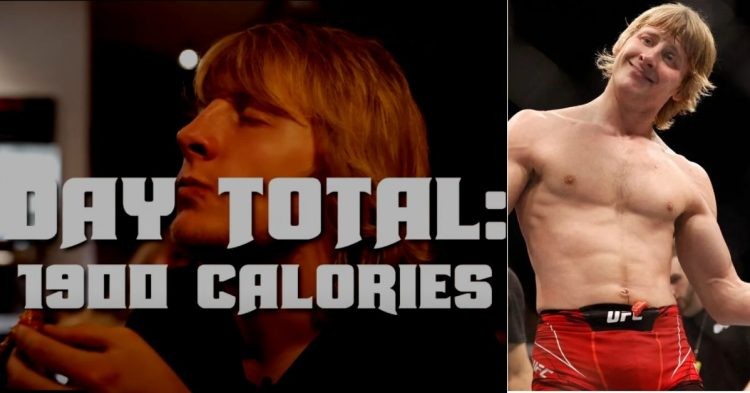 Paddy Pimblett’s weight transformation ahead of fights is a thing of wonder! The UFC lightweight walks at around 200 lbs when he is not fighting, and with a belly that would make everybody ponder about his fitness level as a UFC athlete. Be that as it may, come the night of the fight, Paddy the Baddy never fails to deliver.

Paddy Pimblett has never missed weight and has been spectacular in his UFC career. Ahead of UFC 282, where Pimblett will take on Jared Gordon on the main card on December 10 inside T-Mobile Arena in Las Vegas, the UFC Lightweight gave us a sneak peek into his daily diet during fight camps.

Paddy Pimblett has revealed that he will drop a massive 50 lbs in preparation for his fight against Jared Gordon.

For breakfast, protein granola or overnight oats are go-to options for Pimblett, followed by a chicken salad wrap or BBQ chicken burrito during lunch. As for dinner, Pimblett savors pasta or burger and fries to close the day. Pimblett consumes around 1400-1700 calories every day. And not to forget, Pimblett’s favorite meal of the day includes chocolate cake and protein cookies.

Pimblett has admitted several times in the past that he would rather be fat than don a chiseled six-pack abs and only does the heavy weight-cutting for fights. While his calorie intake is less than 2000 during fight camp, it touches a massive 6000 to 8000 calories every day when he is not in the camp or has no fight coming up.

An occasional banana in the evening before dinner at around 7:00 p.m., followed by protein cake at night, Pimblett finishes his day with a perfect diet, and barring the occasional cheat meals, he is quite strict about what he consumes during fight camp.