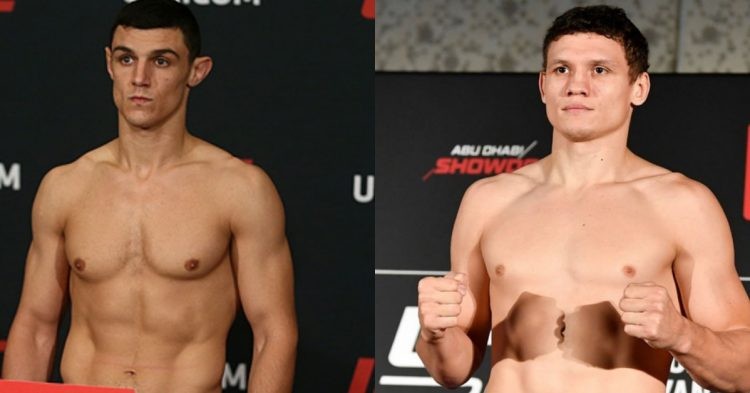 UFC Paris has a total of 6 fights on its main card and Alessio Di Chirico vs Roman Kopylov is one of them. Although it may not be as appealing as some of the other fights on the card, it has the potential to entertain the fans for sure.

The event goes down this weekend and it features some spectacular fights. The main event will see two top-ranked heavyweights in Ciryl Gane and Tai Tuivasa duking it out in the Octagon. But the co-main event is perhaps even more appealing from a fan’s point of view as it features Marvin Vettori and Robert Whittaker, who are massive stars.

Alessio has good skills over all, but he has failed to show them in the UFC so far. In his 10 fights so far, the Italian fighter has a record of 4 wins and 6 losses. In his last fight, he lost to Abdul Razak Alhassan via head kick KO. Kopylov has not fared much better either as he has lost both of his UFC fights so far.

One thing that both fighters have in common is that both were undefeated before coming into the UFC. Di Chirico had a record of 9-0 with 8 finishes, whereas Roman was 8-0 with 7 finishes. What followed afterwards, just proves why UFC is the biggest stage of them all in the world of MMA.

The 32-year-old Italian has certainly fought great competition in the UFC. He has fought the likes of Kevin Holland, Zak Cummings, Julian Marquez and Joaquin Buckley. Chirico has wins over Buckley and Marquez. Although he beat Julian via split decision, Chirico actually flat-lined Joaquin with a head kick. It was his last win in the UFC.

Roman Kopylov has faced Karl Roberson and Albert Duraev in the UFC so far. While Albert beat him via judges’ decision, Roberson submitted via rear-naked choke in the third round. All of his finishes outside of the UFC have come via knockout. So it paints quite a clear picture of what kind of a fighter Kopylov really is.

Kopylov’s power is undeniable as he dropped Albert in his last fight. He lands an average of 2.72 strikes per minute while absorbing 3.93 strikes. It is clearly not good enough. Although he has an 83% takedown defence, the Russian fighter was taken down in both of his UFC fights.

It is something that Alessio can take advantage of. He has a takedown average of 1.62 per fight. On top of that, he lands 3.30 strikes per minute and absorbs 3.24. So he is better than Roman in both aspects of the fight. So Alessio Di Chirico is clearly the smart pick to win this weekend. But Kopylov’s power may just be different between the two.