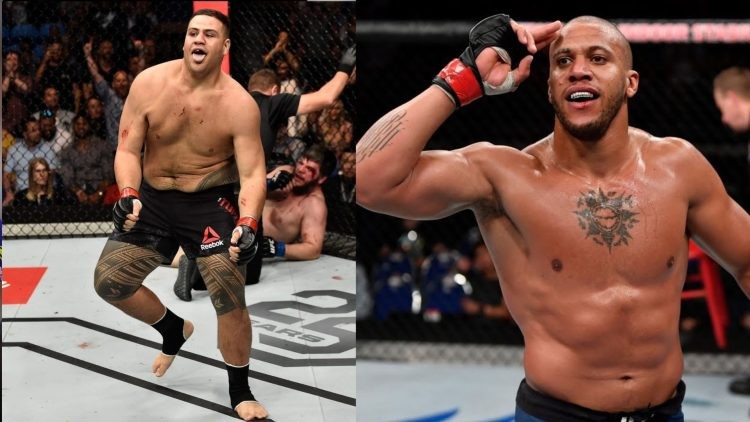 Although Ciryl Gane had previously held the title of interim heavyweight champion, some can argue that his breakthrough performance came against Tai Tuivasa when he knocked him out in the UFC Paris main event. Tai was a rising star not just in his division but also in the organisation.

Gane is a model that appears to be the perfect heavyweight for the present day. At 6-foot-4 and about 250 pounds, he has the ideal skillset expected from a comprehensive MMA fighter.

His game plan was right on the money. He pounded Tuivasa’s body with kicks to the stomach all night, He once more connected with two strong kicks to the body. This displayed his athleticism and excellent footwork until Tuivasa had had enough and knelt down, wincing in discomfort.

Although the knockout was spectacular and something that will go down in the history books, the fight was highly competitive. There were moments in the bout that could have altered the result the other way around.

Gane was sent to the ground by Tuivasa’s powerful shot that split open Gane. Tuivasa launched a barrage of punches in an attempt to finish the fight, but Gane withstood the attack and rose to his feet.

When asked about this in the post fight interview, he stated,  “I felt nothing and after I felt the ground touch my ass. After that I saw his legs and grabbed the legs and that’s it. That is what was my feeling.” He also stated, that he commends Tai’s power. He mentioned, “He is very tough, everything he touch me, I felt it.”

In the end,  the fight resulted in ultimate entertainment for a true MMA fan. Given their styles, the bout was bound to be a good watch.

Everything a high level fighter wins, the talks for his future opponent commence. The same is the case with Gane. He is in a tricky spot as although he is at the top of division and is coming of an impressive win, the chances of him getting a title shot are slim.

Since, he already fought for a title fight in his last bout and lost. He would have to win a couple of more bouts to get that opportunity back. While the champion is injured, there is one fighter that make sense for Gane. That is none other than Jon “Bones” Jones. He is regarded as the best MMA fighter of all time, he hasn’t competed in the UFC since losing his most recent championship defence against Dominick Reyes at UFC 247 in February 2020. He has the longest-term goal of staying in the heavyweight class. The styles of these two ensure that a fight between them will be explosive.