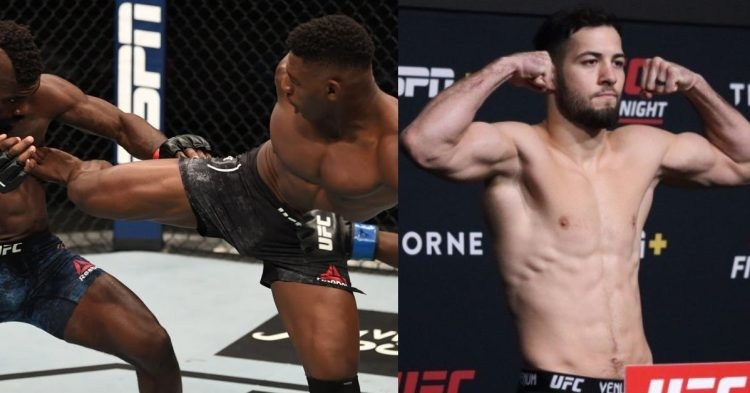 On Sept. 3, Joaquin Buckley and Nassourdine Imavov will square off in a middleweight fight at UFC Fight Night 209. In the main event of UFC Fight Night, 209 takes place at the Accor Arena in Paris and features a heavyweight match between Tai Tuivasa and Ciryl Gane.

The French Ministry of Sports has upheld the country’s prohibition on mixed martial arts. Back in 2013, a declaration was made that virtually ended MMA and the UFC in the nation, but the situation status quo is different than it was. Due to this, the UFC is all set to make an exciting fight card in Paris.

In UFC competition, Buckley has won five of his previous six matches and three in a row. His last bout and victory were in June of this year. The 28-year-old who hails from St. Louis recently defeated Albert Duraev through a doctor stoppage at UFC on ESPN 37 on June 18. Over the course of his professional career, Buckley is 15-4, with 11 victories coming by way of knockout or technical knockout.

Imavov will get to compete against Buckley at home town. Although he is relatively new to the sport, he is a betting favourite. In the Las Vegas-based organisation, the 27-year-old is 3-1 in the UFC but has a decent record of 11-3, his lone loss in the Ufc comes from a majority decision to Phil Hawes at UFC Fight Night 185. Improv bounced back from the defeat by defeating Ian Heinisch and Edmen Shahbazyan in his subsequent two fights via TKO.

He is a resident of Paris but his origins are from Dagestan which is infamous for producing one of the best aggressive wrestlers the sport has ever seen. However, he is a very skilled striker. The bout demands a greats striking contest.

One can make a case, that Imavov is a more skilled striker than Buckley. “New Mansa” is famous for his very spectacular knockout which shook the MMA world but he began wrestling while a student at Marquette High School, developed a passion for MMA, and finally began training in the sport after graduating. So, if need be, the fight might end up on the ground which would make things very interesting.

Buckley had a spectacular knockout back in October of 2020, The knockout has been seen by millions of people, and Kanye West even produced a song and shared a video about it on Twitter. It revealed Buckley artistic skills and insane power which is not just prevalent in that particular bout but also in his other 11 victories.

The match-up is very interesting to say the least, for one, both are young fighters and both are on good winning streaks. Both of their striking are unique to themselves. However, if one was bet, then it would wise to bet on the favourite, as the only loss suffered by him was on his debut which was a competitive decision. Where as “New Mansa” is has some vulnerabilities in his defeat. He has been finished in his defeats where in he showed openings which in an ideal world for him, he shouldn’t have. Imavov could very well capitalize on those openings  and treat himself with another win.