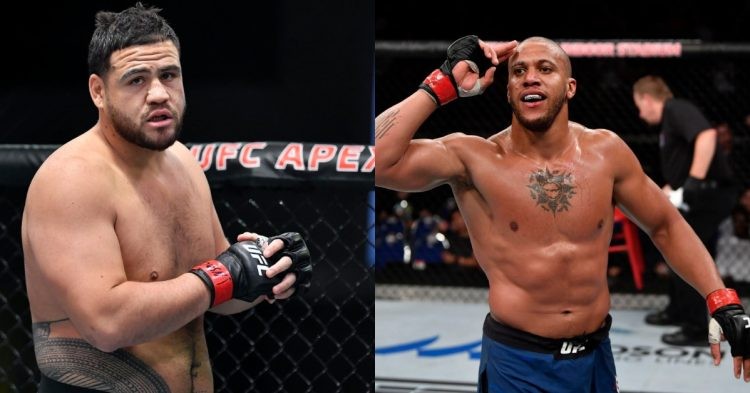 Fighting is both an art and a science. As with everything else, it is an art because humans are involved. Fighters use their fight IQ and creative ways to win a bout especially if the bout is fought in a league like UFC. That is the core reason why The A in MMA stands for “Art”.

Given that force equals mass, Fighting is not just an art. It also involves science. The person who weighs heavier, in most cases would not only hit harder but also have the ability to absorb punches better. A person’s weight class is determined by weight, height, and arm length. We need weight divisions in professional fighting sports because of this.

However, the weight discrepancy in the heavyweight division is huge. Due to this, one has the freedom to weigh higher and gain an advantage in the bout. This is why, Prior to their heavyweight fight, Tai weighed in at 266 pounds, which is 19 pounds higher than Ciryl Gane, who weighed in at 247 pounds.


It will be interesting to see if the Australian intentionally entered the fight heavy or not. Although Tai is a fighter who would be confident in his ability to beat Gane without any advantage but one can only speculate.

Will Tai Tuivasa’s weight advantage be a factor in his bout against Ciryl Gane?

Tai is a Dynamic attacker possesses tremendous power in his hands. Although it is true that many heavyweights have powerful punches, Tuivasa has remarkable strength. At UFC 271, he defeated Derrick Lewis by knockout, living true to his moniker of “Bam Bam.”

He is now third in his division and has won his last five fights. Tai’s final three fights, which took place at UFC 264, UFC 269, and UFC 271, saw him weigh in at 263 pounds, 264 pounds, and 265 pounds, respectively. However, Tai’s strategy for winning was there in each of those instances. All of those fights were won by the 29-year-old in under two rounds. So it demonstrates that entering increases his power.

However, although the power would be amplitude if he gains weight advantage, however Gane is too fast for his weight. Furthermore, Ciryl is regarded highly for his striking defence and is a superb striker as well. While Tai might be more powerful, He’ll be slower. Not to mention, Tai might face cardio issues if fight goes to later rounds. This leads to an interesting match-up. However, one can only speculate, all we can do we is watch back and see how the cards unfold.