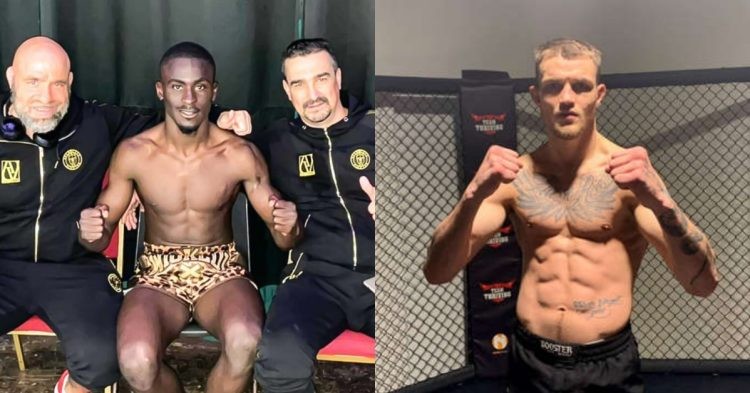 Two exciting fighters will make their UFC debuts this weekend. William Gomis is set to fight Jarno Errens on the main card of UFC Paris. The card will also feature Ciryl Gane vs Tai Tuivasa in the main event, while Marvin Vettori will be fighting Robert Whittaker in the co-main event

William Gomis will have the opportunity of a lifetime as he will get to start his UFC journey on his home soil. The 25-year-old is coming off 8 straight wins and has finished 6 of those fights. The Frenchman will look to take the next step in his career and begin his run with a win.

Jarno Errens will also have his first UFC bout this Saturday as well. Although he has not been in quite as good of a form as his opponent, Errens has remained unbeaten in 4 of his last 5 fights. So he is quite a credible threat for the hometown hero this weekend.

Nicknamed Jaguar, William Gomis has 10 wins in his professional MMA career. While 6 of those wins came via KO, he has 1 submission win in his career. It proves that Gomis is not a one-dimensional fighter. Although he prefers to strike, Gomis will definitely use his wrestling whenever need be. Most of his finishes have come inside the first 2 rounds.

Jarno Errens, on the other hand, is not the most aggressive of finishers like Gomis. Out of his 13 wins, the Dutch fighter has 8 finishes and 5 decision victories. Although his finishing rate is not as high as his opponent this Saturday, Errens does have better ground skills.

It is evident that both fighters are well equipped to embark on their UFC careers. But unfortunately, one of them will have to lose unless there is a draw, which is very rare itself. In scenarios like this, what differentiates the fighters often, is their nerves. Whoever handles the pressure of performing in the UFC better, wins.

Although Errens appears to be the better fighter on paper, he will have significant obstacles infront of him on September 3rd. William Gomis will definitively have the crowd behind him. So it remains to be seen how Jarno may react. Having the support of his hometown fighters will inspire Gomis to perform better. So he will be the favourite to win at UFC Paris.