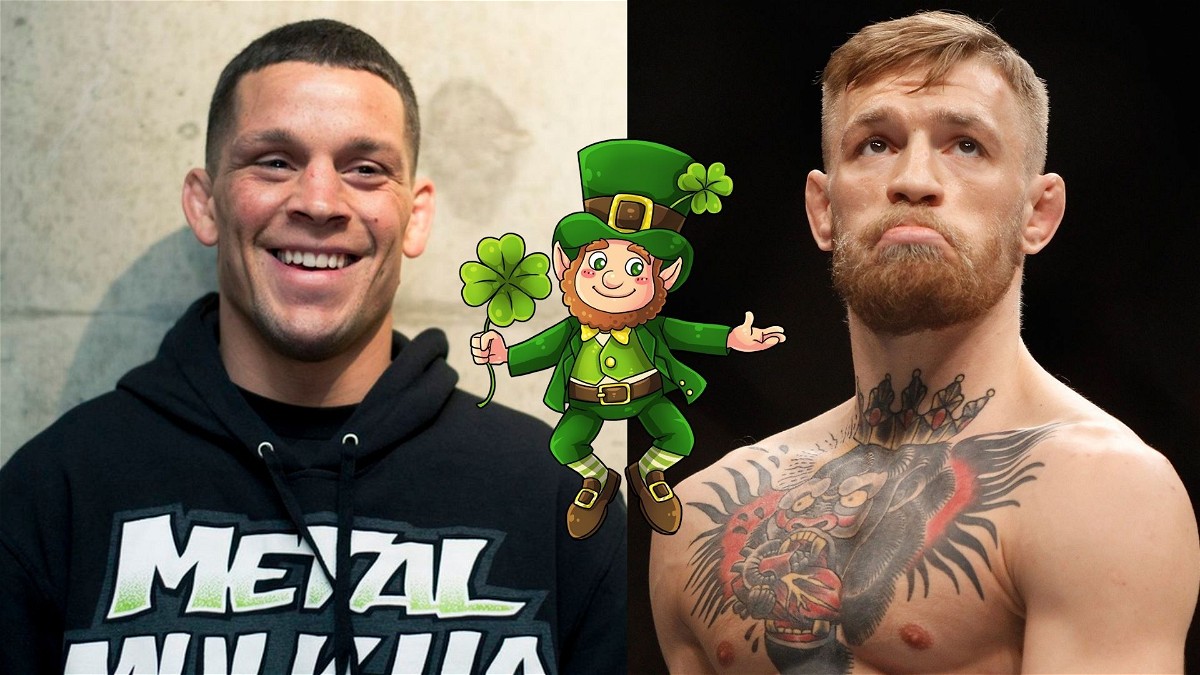 The rivalry between Nate Diaz and Conor McGregor is one for the ages. Both the fighters have come a long way since their last fight which took place back at UFC 202. Recently, McGregor and Diaz got into a Twitter back and forth, and both the fighters took jibes at each other’s record.

I I feel it’s time to break out this baby for the next fight. I ask the UFC to please create The McGregor belt. I suggest rose gold and rubies. Think patek rare. pic.twitter.com/bGSRBhRwAa

Or yellow gold and emeralds possibly. Might be nice also.
I’m open to design suggestions.
Let’s link up @ufc #TheMcGregorBelt

It all started with McGregor demanding the UFC to make his very own belt, as he claimed that he is the real “BMF” as he stepped up two weight classes to take on Nathan Diaz back at UFC 196. The Notorious took to Twitter and suggested a special design for the “McGregor belt.”

Conor McGregor stated that he is open to suggestions. It’s interesting to notice the timing of all this. Diaz has just been booked to take on Leon Edwards in a five-round co-main event at UFC 262. It will be the first time in the history of UFC that a co-main event will go for five rounds, in what is another first by the Stockton Slugger. 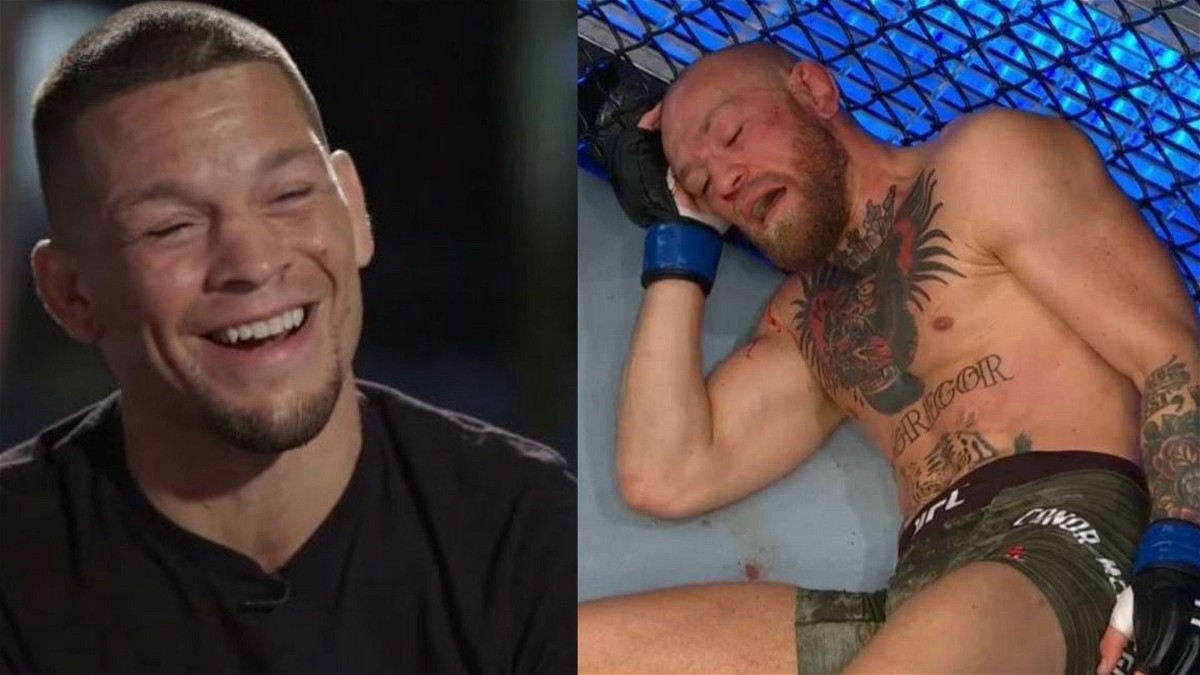 Now, Nate Diaz has suggested his own design for the “McGregor belt.” The former lightweight title challenger poked fun at McGregor’s recent loss against Dustin Poirier and the couple submission losses of his MMA career in a sharp reminder of why he doesn’t deserve a belt of his own.

Ufc can call it the
I get my ass beat then choked out every other fight championship belt They can make it yellow gold or rose gold with rubies a diamond ? Let’s link Ufc open for suggestions maybe put a leprechaun face on there pic.twitter.com/CtBxYd1xXo

Diaz is a needle mover in the company, and his popularity among fight fans has seen him defy the rankings and land the best match-ups that are available to him. Diaz also gave birth to the “BMF” title when he called out Jorge Masvidal after his spectacular win over Anthony Pettis back at UFC 241. 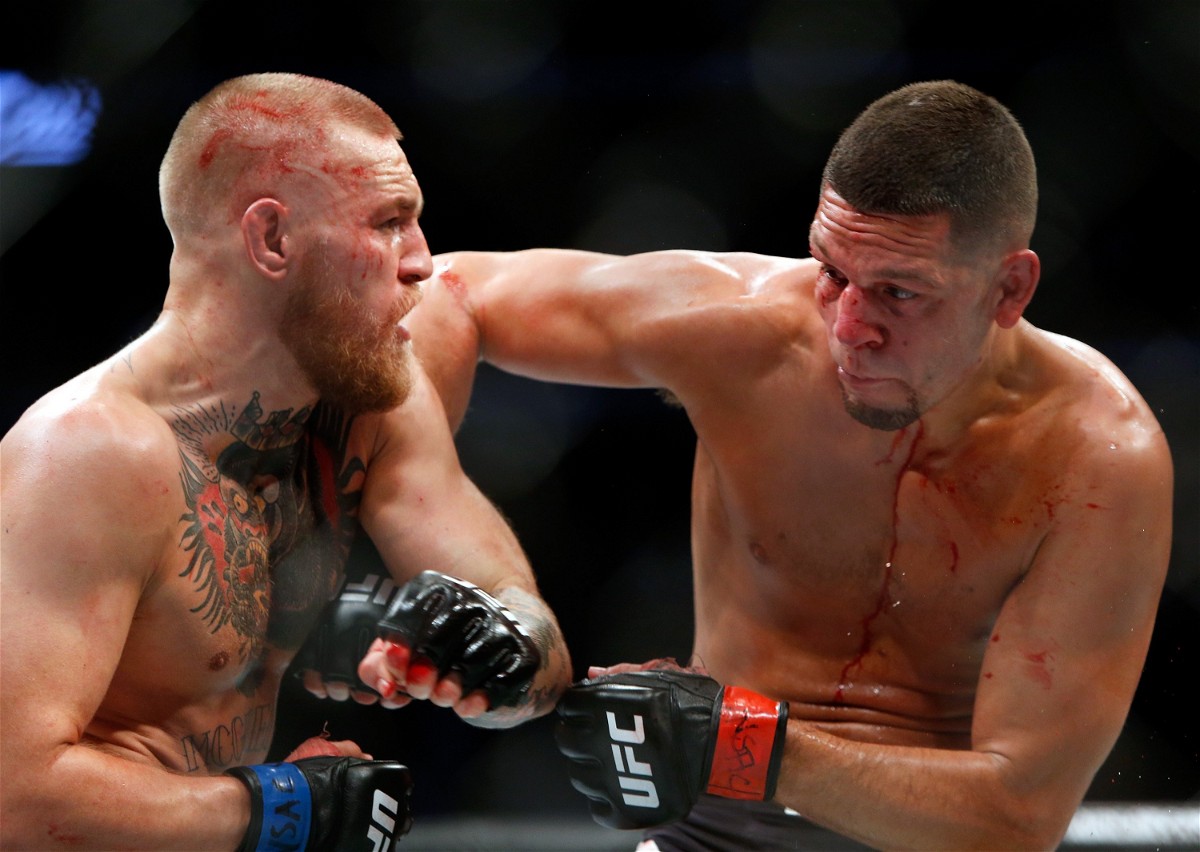 Both Diaz and Masvidal fought at UFC 244 for the symbol title, and while Diaz did lose the fight, fans couldn’t help but notice the star-power of Diaz who made the promotion make a customized belt just for that fight. Now that UFC has once again decided to break their rules and have a co-main event of five rounds, it’s safe to say that it has not gone well with Conor McGregor.