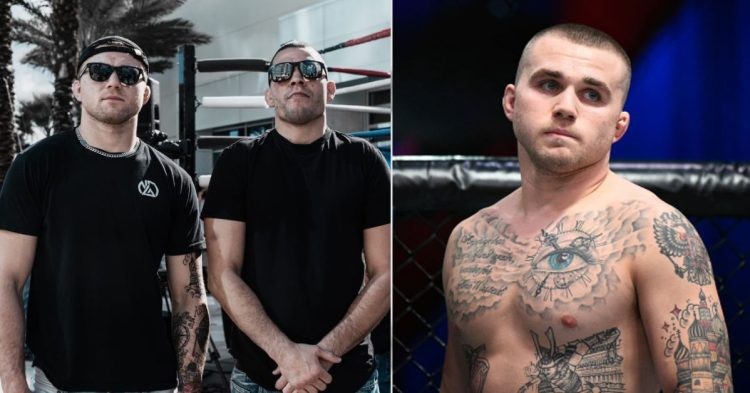 Nick Maximov made a huge name for himself after he made his UFC debut back at UFC 266 where Nick Diaz made his UFC return against Robbie Lawler. He won the fight via unanimous decision. However, after back-to-back losses inside the UFC Octagon and UFC has now decided to release Nick Maximov from his contract.

Promoted as Nate Diaz’s protege, a member of the Nick Diaz Army made his DWCS debut in the heavyweight division. Maximov took on Oscar Cota, winning the fight via unanimous decision. He would later drop down to middleweight, making his debut in the UFC’s 185-pound division against Cody Brundage.

Relying mostly on his grappling skills, the All-American failed to establish his dominance inside the UFC Octagon, losing back-to-back fights before being released by the company.

Entering his 9th professional bout against Andre Petroski with an undefeated record of 8-0, Nick Maximov succumbed to the first loss of his MMA career after getting choked out to unconsciousness in the first minute of the very first round at UFC: Bachowicz vs Rakic.

Nick Maximov failed to shine yet again as he dropped a unanimous decision loss to Jacob Malkoun last month during UFC Fight Night: Grasso vs Araujo. However, a case can be made that Maximov was compromised through the course of the fight due to his right leg.

Nick Maximov wanted to fight Khamzat Chimaev at one point

Considering Nick Maximov had Nate Diaz’s back, the UFC middleweight often found himself in the headlines. He was in the news after he called out Khamzat Chimaev for picking on “little guys”.

Khamzat Chimaev, who was calling out Nate Diaz at the time was met by a challenge from Nick Maximov, who argued he could beat him inside the Octagon.

“Khamzat is fighting all these little a** guys. I’d like to fight him next. He tries calling out Nate and Nate is like, ‘Fight [Nick Maximov] then.’ We’re both on the same boat. Why are people scared, you know what I’m saying? Like he hasn’t shown anything to be scared about because he hasn’t fought any wrestlers. He’s a wrestler that hasn’t fought any wrestlers. So I’m like, What the f***? Fight me then.'” Maximov had said.

It will be interesting to see the road ahead for Nick Maximov, who will likely try his hands in PFL or Bellator. Where do you think he will go next? Do let us know in the comments section.