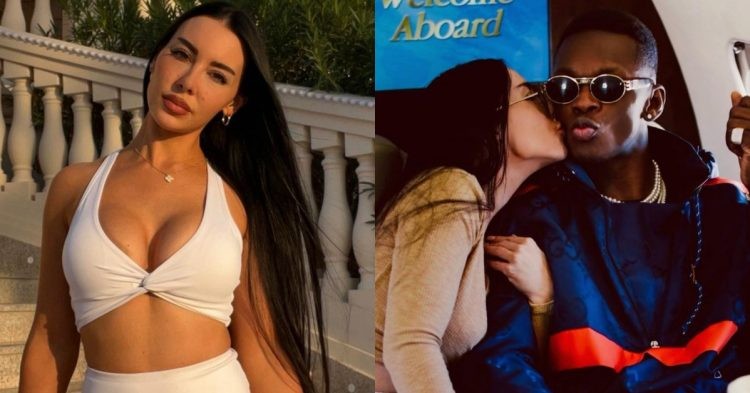 Israel Adesanya is the former UFC middleweight champion. He has an MMA record of 23-2 and a UFC record of 12-2. Adesanya is one of the fan favorites as they love his flamboyant personality. Despite all kinds of criticism, Adesanya stays true to himself and gives the fans a lot to talk about. Although he is outspoken, he does not put the limelight on his personal life a lot.

The Last Stylebender resides in New Zealand, but he is originally from Lagos, Nigeria. He was born to Oluwafemi Adesanya and Taiwo Adesanya. He has four siblings, including his brother David Adesanya who runs Izzy’s YouTube channel FREESTYLEBENDER. Often during interviews on the channel, fans can hear David’s voice who refers to himself as Dave Blackamoto.

Adesanya is a very family-oriented man and recently stated in an interview that he wants to become a father someday. During an interview with MMA Junkie, he revealed that he wants to be the “coolest” father to his children. He does not want to fight when he eventually becomes a father and stated his wish to be with his children at all times. It appears that Israel is currently dating Shana Evers. Who is she? Let’s find out!

Shana Evers is an Australian model who rose to fame because of her relationship with rapper Fortafy. Evers was born on 18th February 1990. According to Famous Birthdays, she also has a daughter with Fortafy named Egypt. She gave birth to Egpyt on February 25th, 2014.

Shana herself has over 85,000 followers on Instagram and she is famous for her resemblance to Kim Kardashian. Her Instagram bio suggests that she is the founder of Women In Meta. WIM is a platform where one can create 3D custom avatars and they are in the NFT business as well. She also describes herself as a student. However, it is unclear what she is pursuing at the moment.

Previously, Images surfaced of Israel Adesanya dating someone else. However, she remained unidentified. But, now it looks like Israel Adesanya has found love in Shana Evers. Although Adesanya never officially told the fans that he is dating Shana, some eagle-eyed fans identified the 32-year-old in his Instagram stories.

Shana and Israel follow each other on Instagram and it made fans curious about their relationship status. But Evers seemingly confirmed that they are romantically involved with an intimate picture. Adesanya also commented on the post and wrote, “What did I miss?”

The 33-year-old first liked a post from Shana’s Instagram account on September 1st, 2021. So it does seem like their relationship may have started around that time. However, neither Shana Evers nor Israel Adesanya has spoken about their rumored relationship. Hence, it is unknown when they actually started dating.