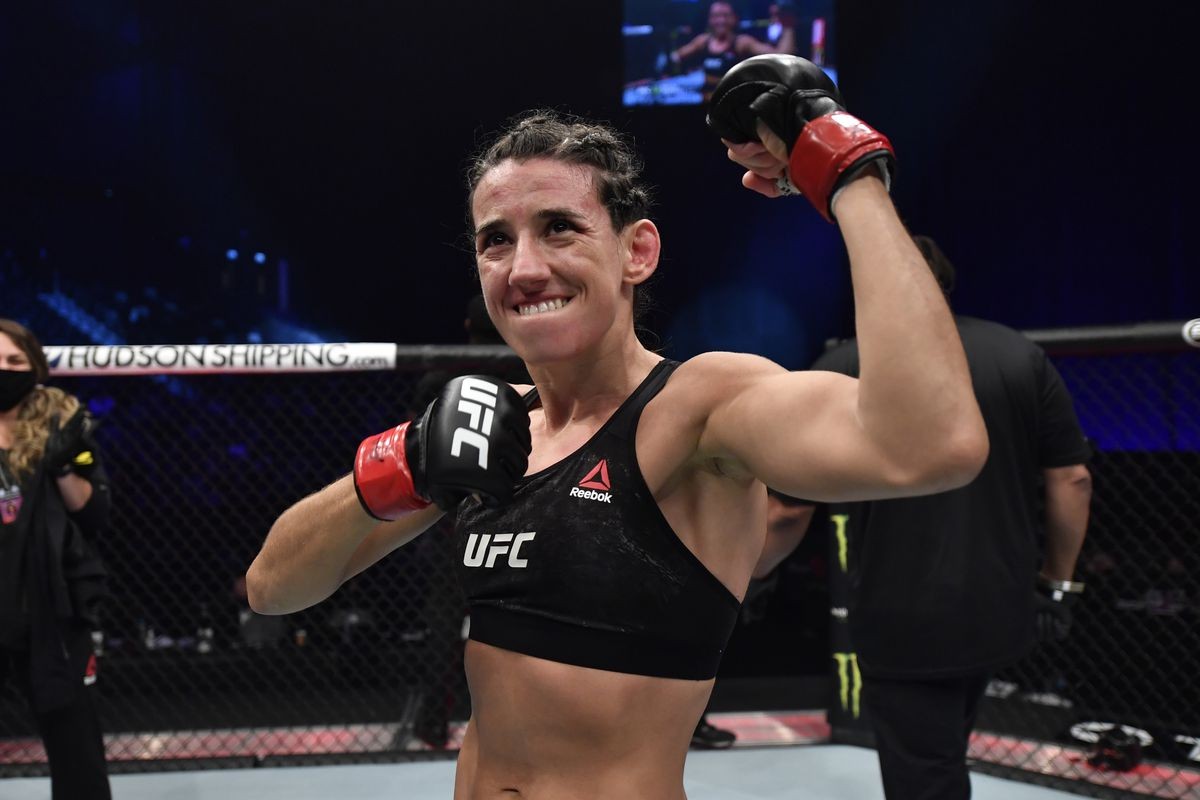 Marina Rodriguez is one of the rising stars in the UFC strawweight division. She has been constantly putting on impressive performance inside the octagon and climbing up the rankings in the division.

It won’t be insane to claim that she has the potential to become a UFC champion in the future. However, the Brazilian mixed martial artist certainly has a long way to go.

But, for now, let’s take a look at some fascinating facts about the number 6 ranked UFC strawweight, Marina Rodriguez.

Rodriguez was born in Rio Grande de Soul, Brazil on April 29, 1987. Daughter of Luis and Diva Rodriguez was a bright prospect early in her career when it comes to sports. She competed in multiple sports such as soccer, basketball, and handball.

But, being a MMA fighter was not a goal of Marina Rodriguez growing up. Rodriguez was a graphic designer when she decided to join a Muay Thai gym in order to lose some weight.

But, she went on to become one of the top female fighters with the potential to win the UFC title.

The Brazilian made her MMA debut in 2015. She went on a 9 fight winning streak before her appearance on Dana White’s contender series in 2018 against Maria Neta.

Since then she has fought 7 times in the octagon and suffered only one loss. She wins over some top UFC strawweight such as Michelle Waterson, Amanda Ribas, and Tecia Torres. Rodriguez has only lost to the former UFC strawweight champion, Carla Esparza in a closely contested bout. Rodriguez takes on Mackenzie Dern in her next fight.

So far Rodriguez has 8 UFC fights in her resume and the biggest fight purse she has received in her career is $95,000.

For her fight against the former champion, Carla Esparza, Rodriguez earned a fight purse of $24,000.

As per reports, Rodriguez has earned a total of $307,600 throughout her UFC career.

Though there are not many big figures on the list the future is bright for the Brazilian as she is 34 years old and main eventing UFC Fight Nights.

Besides UFC fight purses, Rodriguez makes earning out of her sponsorships as well. She has sponsorships of multiple brands such as RDX, Zebra mats, Bravour Brazil, LEAO optics, etc.

Marina Rodriguez is very private about her personal life and there is not a lot of information available about her relationship status.

Marina Rodriguez has over 54k followers on Instagram but she is slowly making her mark in the UFC. And as he continues to put on spectacular performances her popularity will only increase in the near future.