Fresh off the Fight Night headliner between Leon Edwards and Belal Muhammad, we are just around the corner for another great event. The UFC Apex 22 will feature another electrifying headliner between vicious 185lbers Derek Brunson and Kevin Holland.

If you think that this is going to be the only fight worth watching, then you’re dead wrong. Though not highly anticipated as its preceding event, this card also brags about some stylistically interesting bouts. This event is going to be another delight to the eye for hardcore MMA fans. 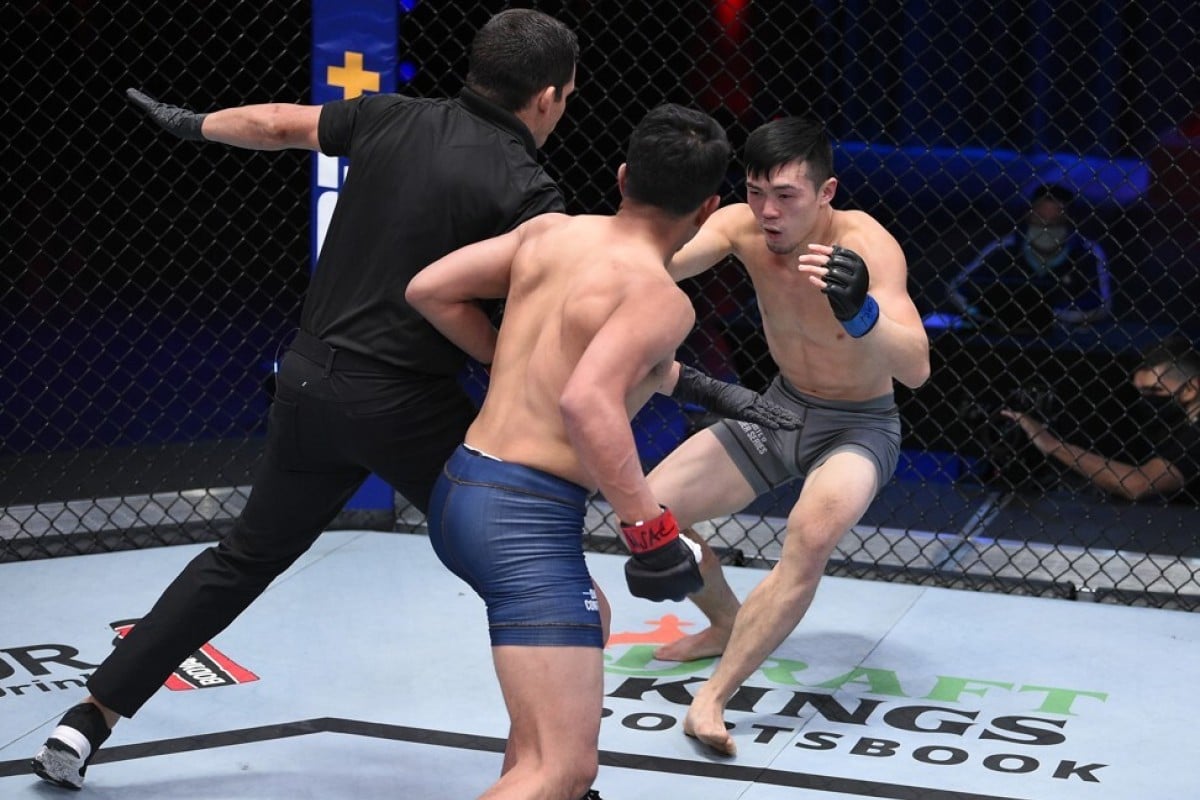 Apart from the middleweight headliner, another great fight announced to take place in the same card is Adrian Yanez vs Gustavo Lopez. Let’s have a look who is more likely to get his hand raised on the upcoming Saturday.

While Yanez has fought 15 times in the cage, Lopez has 17 fights under his belt. However, both men hold the same number of victories (12). 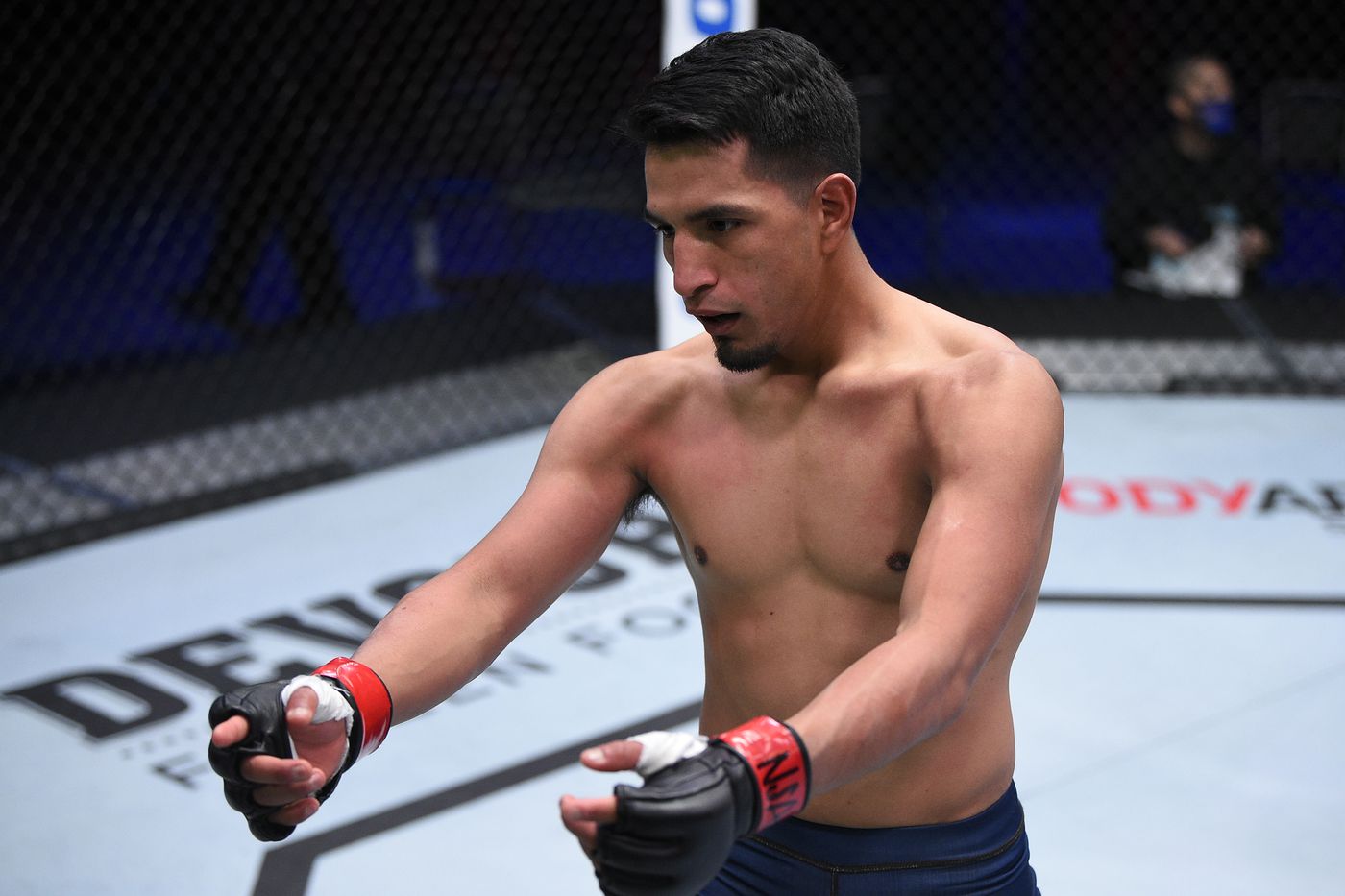 Both men don’t have a huge gap of results in their last five. While Adrian is 5-0, Gustavo is 4-1. In the UFC, Yanez is currently 1-0 with another one of his wins coming in the Contender Series. Talking about Lopez, he is 1-1 in UFC.

Not only Yanez is on a terrific 5-fight win streak, but four of those five bouts have ended via a KO/TKO in his favor. Gustavo Lopez’s three wins out of the last five have come via submission. 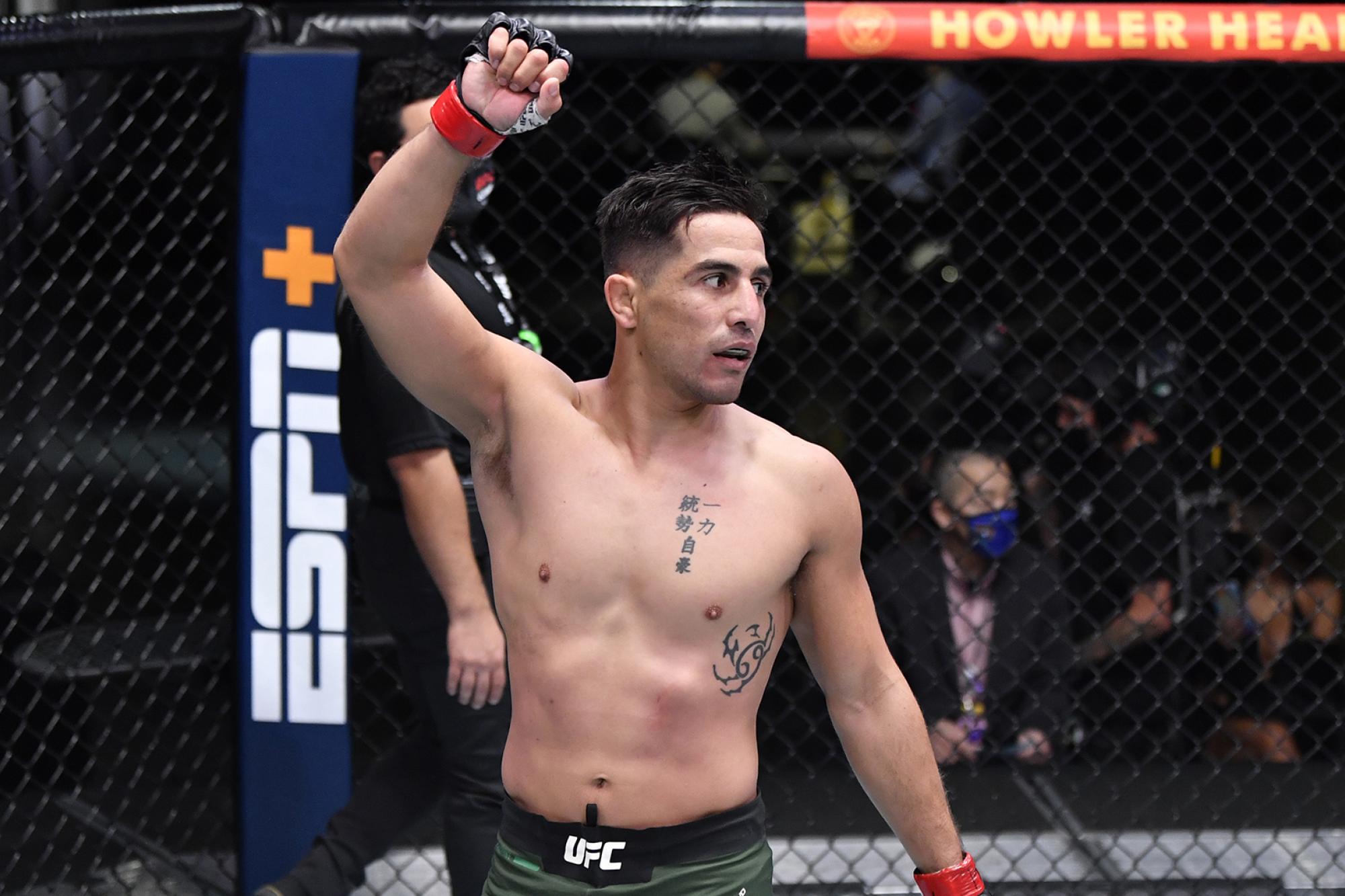 Talking about Adrian Yanez, he’s a fearful knockout artist with seven of his twelve victories coming via way of stoppage. Aspiring to become a boxer, he branched out into MMA ultimately making it his profession. So, it is quite safe to assume that his standup skills are legit.

The Contender Series alum has already begun to make his mark in the 135lbs division. Last year he set an example of his knockout ability by KOing Victor Rodriguez in the very first round. Most of his KO victories have come in the first round of the fight. Many people couldn’t even get past the first five minutes with Yanez inside the cage.

Also read: “I Got to Work on My Bedroom Cardio”-Massive Update on Colby Covington-Polyana Viana Relationship 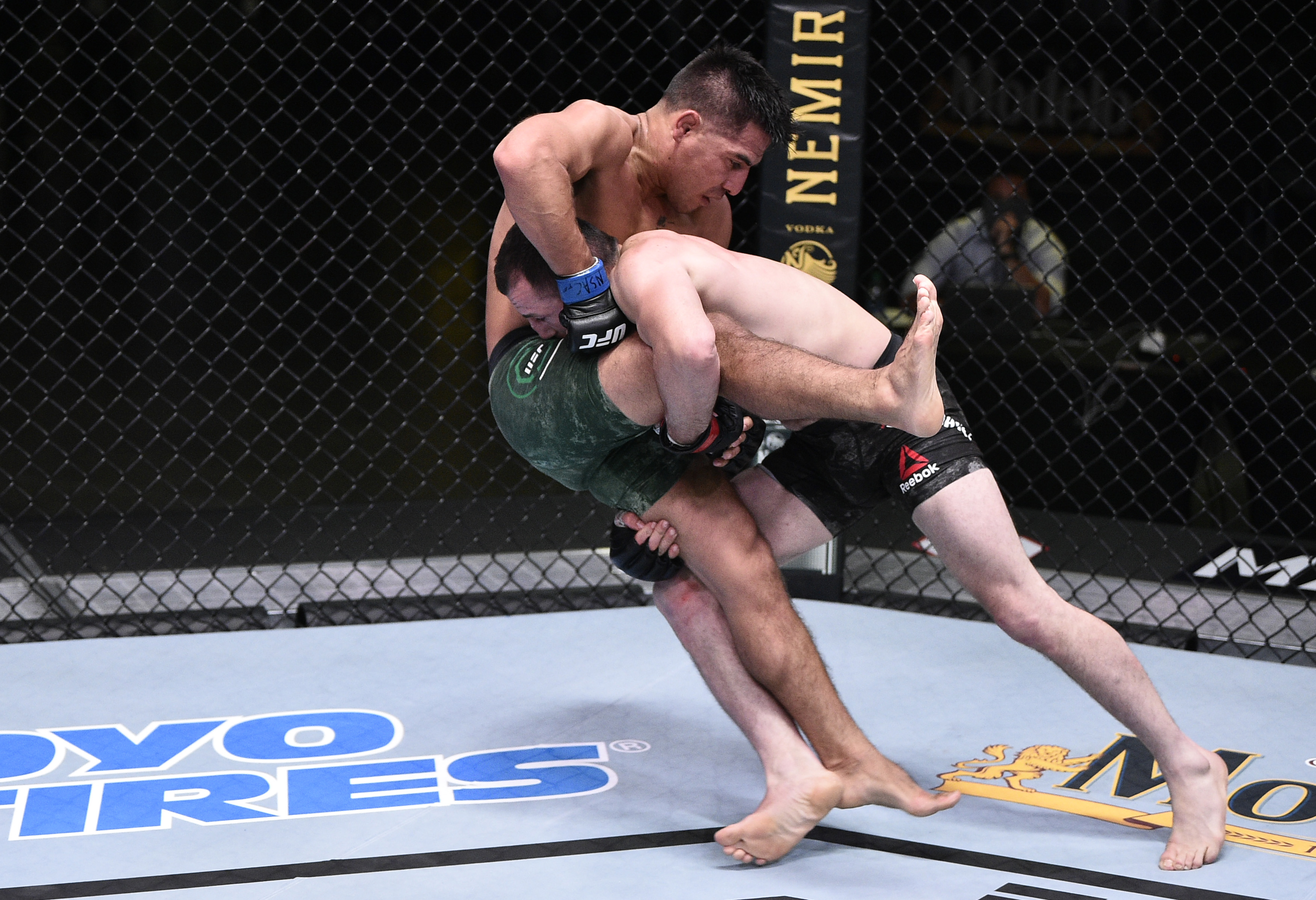 Talking about his new opponent, Gustavo Lopez also possesses quite an impressive knockout ability. Though being an NAIA wrestler, his stand-up skills are quite good with five of his wins coming by way of a KO/TKO. Though, he is still yet to prove his stand-up credentials and knockout ability in the UFC, he’s the man you would not want to underestimate on the feet.

Comparing both of them, Yanez clearly is more dominating and dangerous than his opponent with his biggest threat coming within the first round. 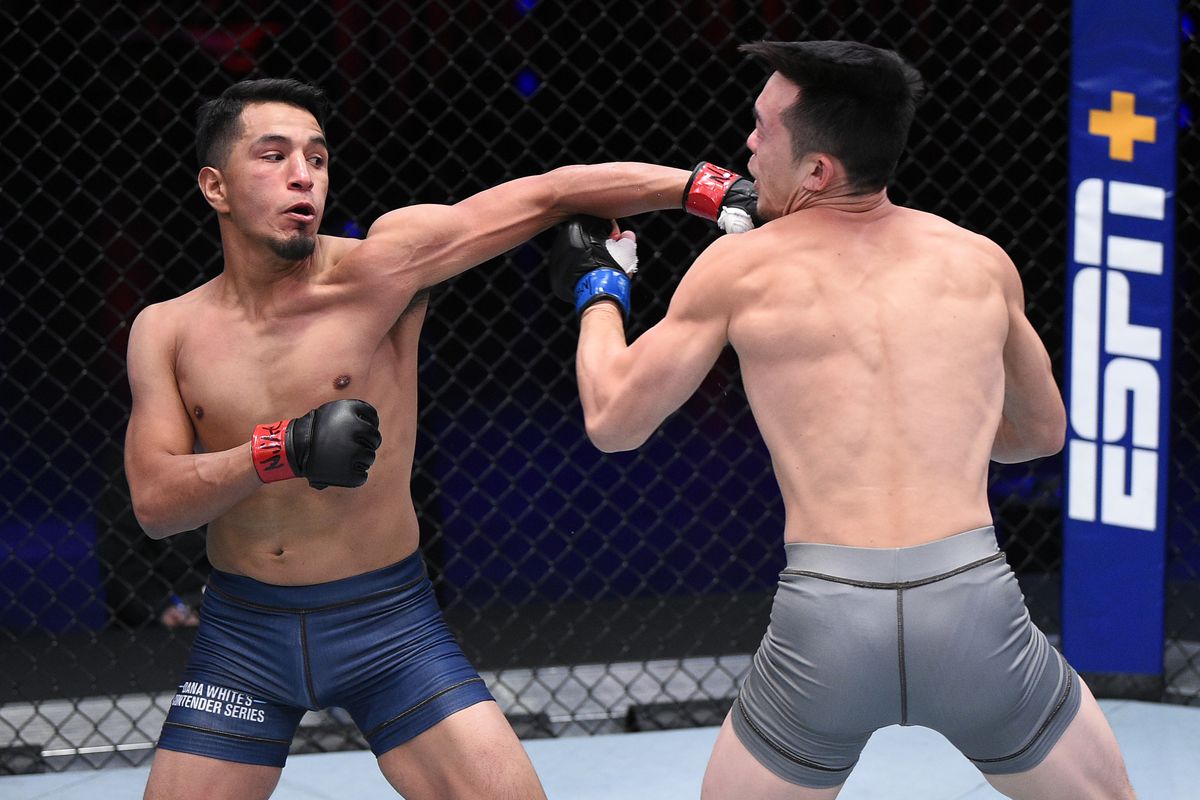 Let’s look at Gustavo now. He is national level NAIA wrestler. Apart from that, he also holds a brown-belt in BJJ. These facts clearly point that he is a nightmare on the ground. Do whatever you want, but don’t fight on the ground with a guy who wrestles.

Half of Lopez’ victories have come from submission. He had already shown his submission game in the UFC when he finished the BJJ black-belt Anthony Birchak within three minutes of the fight. It clearly means he is a dominant opponent on the ground. 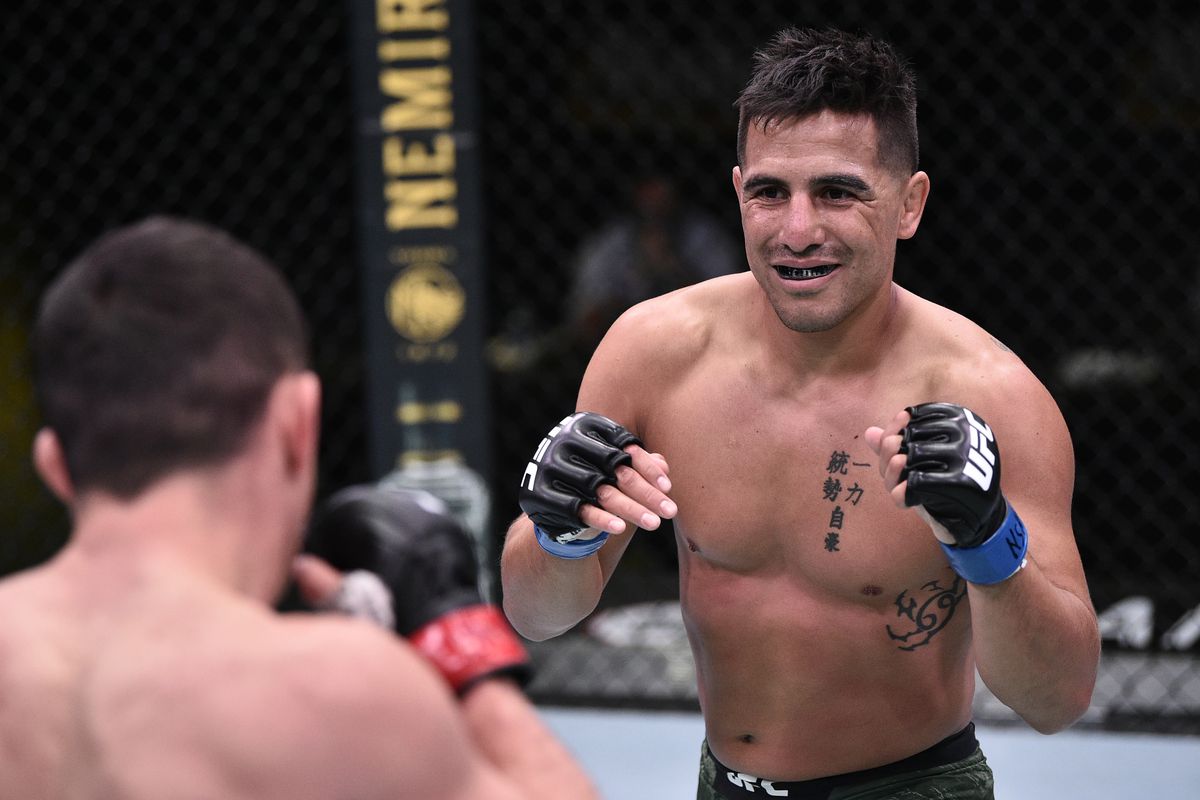 On the other hand, Adrian Yanez has ended the fight on the ground at only two occasions. However, he also holds a brown belt in BJJ. Though he hasn’t got the opportunity yet to exhibit his ground game to the fullest, you can’t rule out his ground skills.

On the ground, Lopez has an upper hand over Yanez.

Also read: Everything You Need to Know About Derrick Lewis and His Wife 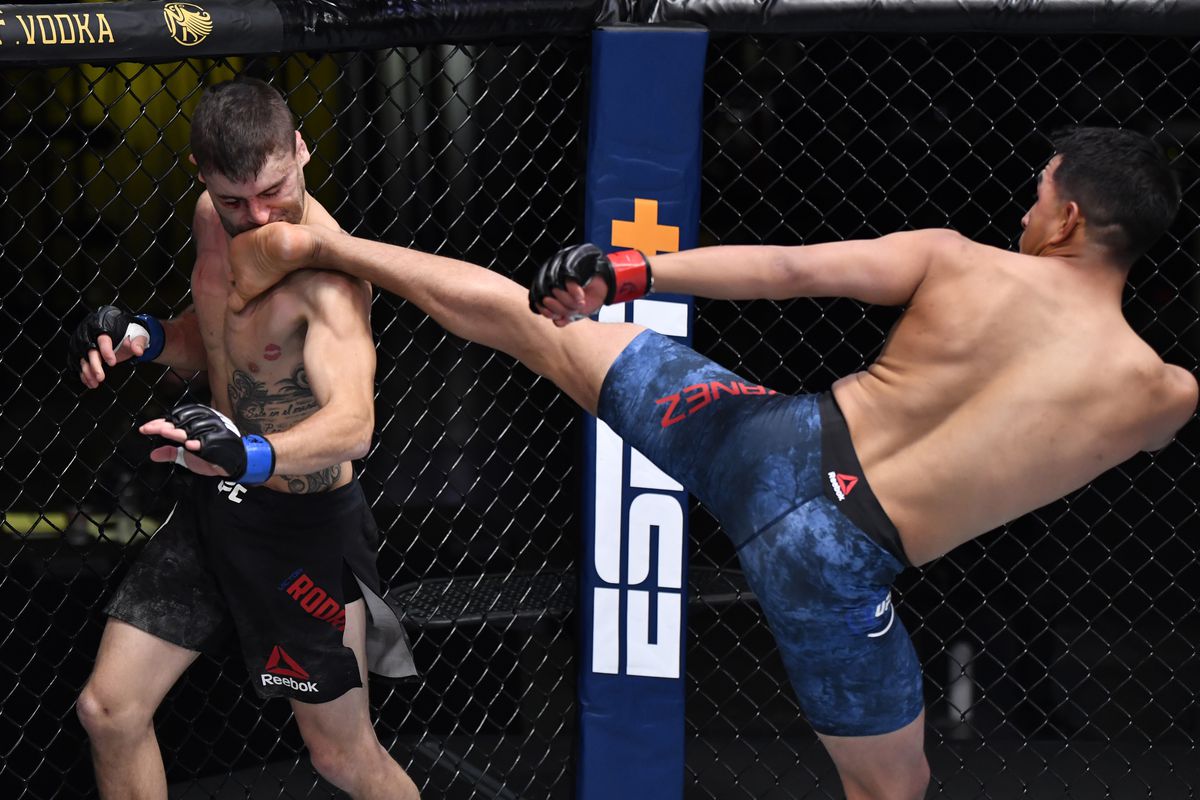 Who is the favorite to win the fight on Saturday?

It seems to be quite difficult to predict who will win since both men have great cage-fighting skills. Though, Yanez seems to be the favorite one in this fight. If the fight remains mostly stand-up, then Yanez has good chances of winning. However, if they both go to ground, Yanez might very well find himself getting submitted by Gustavo Lopez though it seems quite less likely to happen. 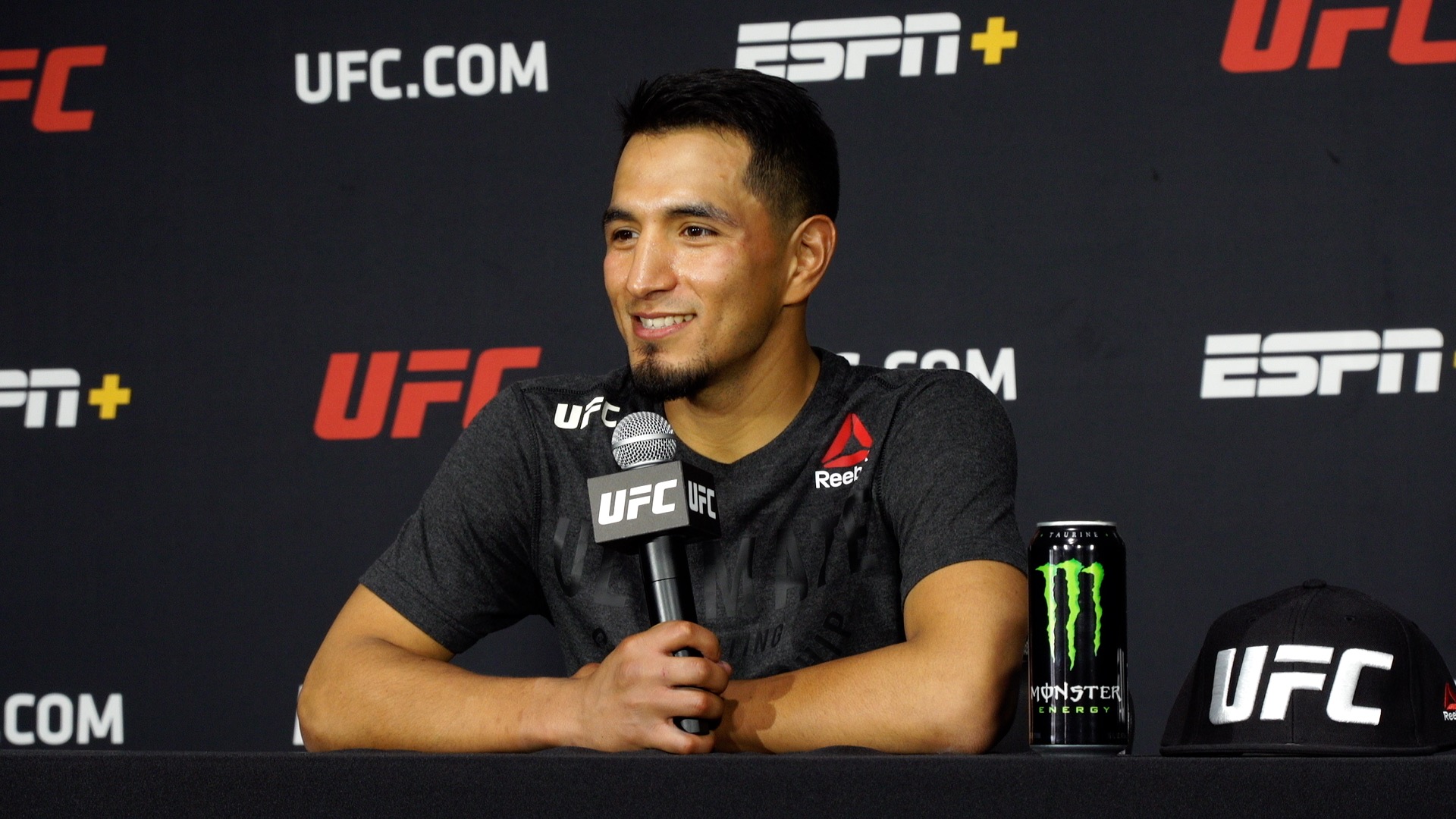 Who do you think will win this Saturday between them? Let us know in the comments.