UFC Vegas 24: Jeremy Stephens Gets into a Heated Altercation With Drakkar Klose During Faceoff 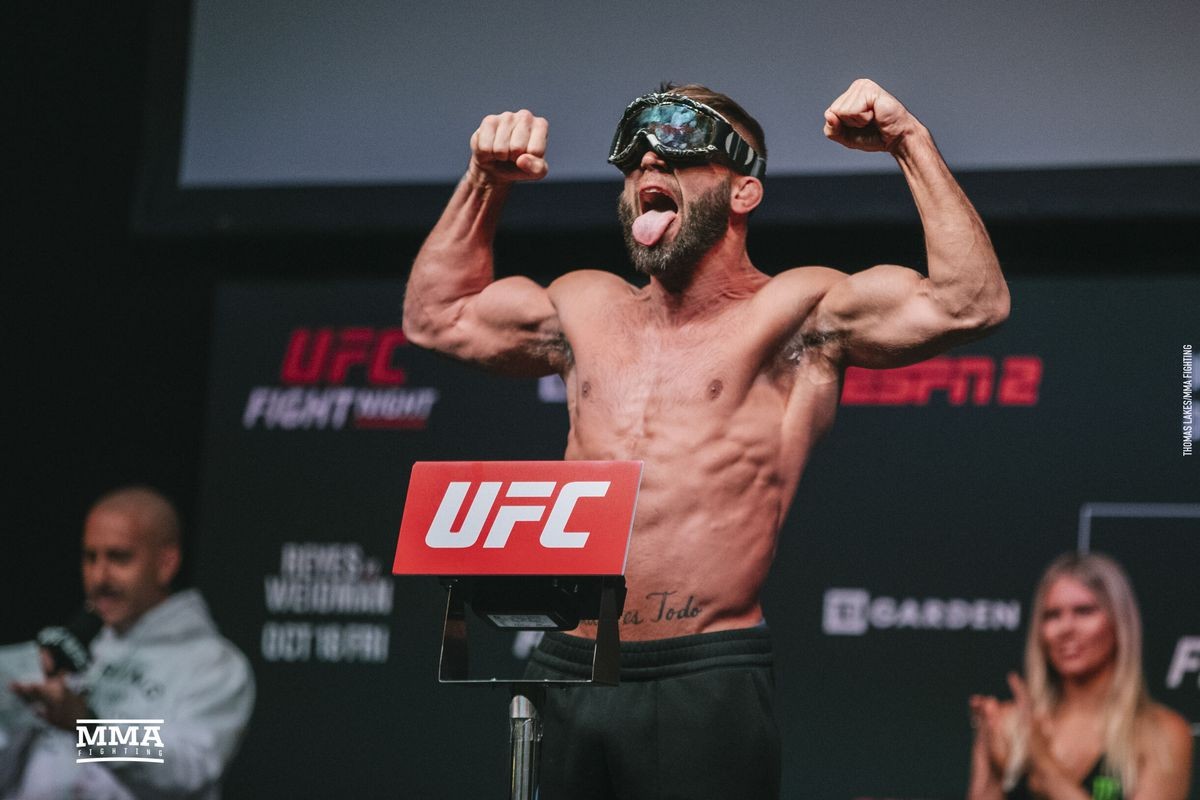 UFC veteran, Jeremey Stephens moves up to the lightweight division to take on Drakkar Klose in the co-main event of UFC Fight Night: Whittaker vs Gastelum.

Jeremy Stephens is coming off a four-fight losing streak in the featherweight division. He has lost to Zabit Magomedsharipov, Yair Rodriguez, Jose Aldo, and Zalvin Kattar. Stephens has fought some of the best featherweights in the world right now and put up some incredible performances.

He was winning the fight against Calvin Kattar until Kattar knocked him out. He was also able to make incredible comebacks in the fights against Rodriguez and Magomedsharipov. But, he has not been able to secure a victory for a long time. So the pressure will be on Jeremy Stephens going into this weekend. But that is not going to change the intensity Stephens brings into a fight week.

The faceoff between Jeremy Stephens and Drakkar Klose got physical after Klose got a little too close to Stephens. Jeremy Stephens shoved Klose and it was looking like the situation could have gotten worse had the officials not separated both the fighters.

Fighters getting physical during faceoff is nothing new. They have just been through a rough weight cut and often they are not at their best during these faceoffs. So the fans are not going to complain about a little physicality during these events.

Stephens has a huge advantage over Klose when it comes to experience. He is also the better and more versatile fighter in this matchup. So Stephens should get the win over Klose. But, it will be intriguing to see how Jeremey Stephens perform in the lightweight division.

He has lost four consecutive bouts in the featherweight division. And we can expect him to compete in the lightweight division if the outcome of this fight goes in his favor.

How Much Ben Askren and Jake Paul Are Earning For The Boxing Main Event on Triller?