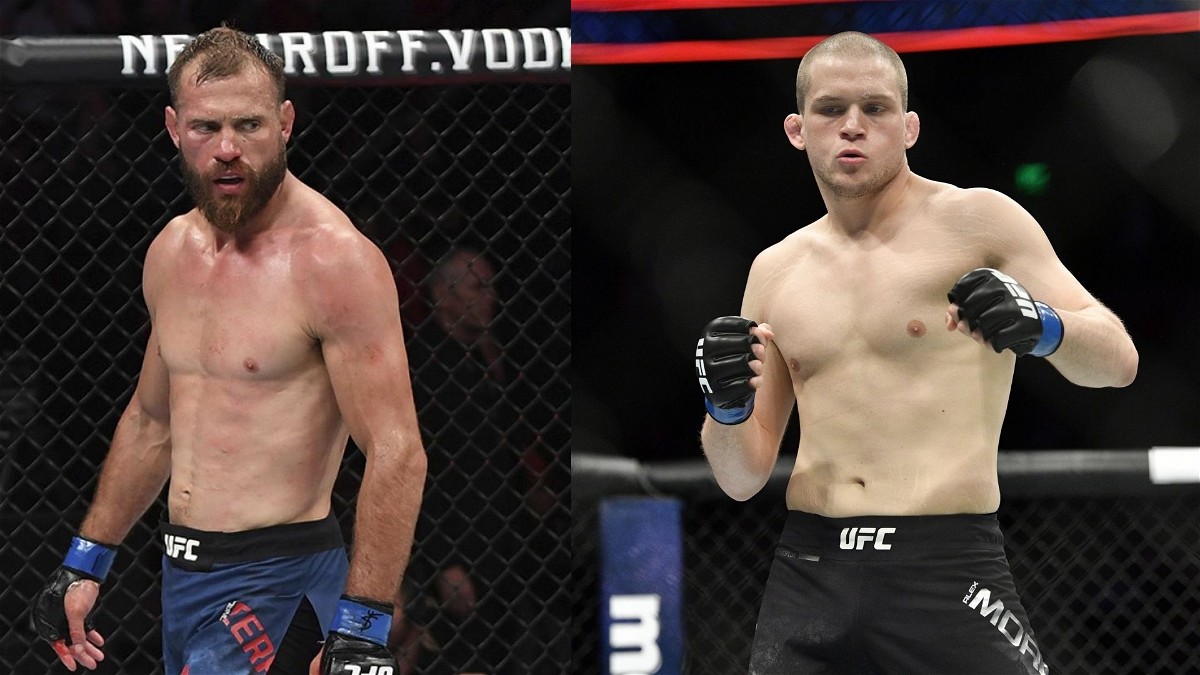 Donald Cerrone returns to action in the co-main event of an exciting card against Alex Morono in what promises to be an exciting match-up in the welterweight division. Cerrone was expected to return to the lightweight division, however, that is not the case. Earlier, scheduled to take on Diego Sanchez, the fight was called off after the UFC parted ways with Diego Sanchez. Alex Morono stepped up to face Donald Cerrone and both the fighters will now share the Octagon this weekend at Las Vegas.

Donald Cerrone is motivated, and cant wait to get back in the winning column. Meanwhile, Moreno will look to upset the MMA veteran and close the curtain on his legendary MMA career.

Alex Morono has been competing inside the UFC Octagon for quite some now. The American mixed martial artist made his debut way back in 2016 and is coming off an incredible performance against former lightweight champion Anthony Pettis. Morono just has a single win in his last three fights coming against Rhys McKee. It will be his first UFC appearance in 2021, and the American mixed martial artist will look to make an upset and send a notice to the entire division. 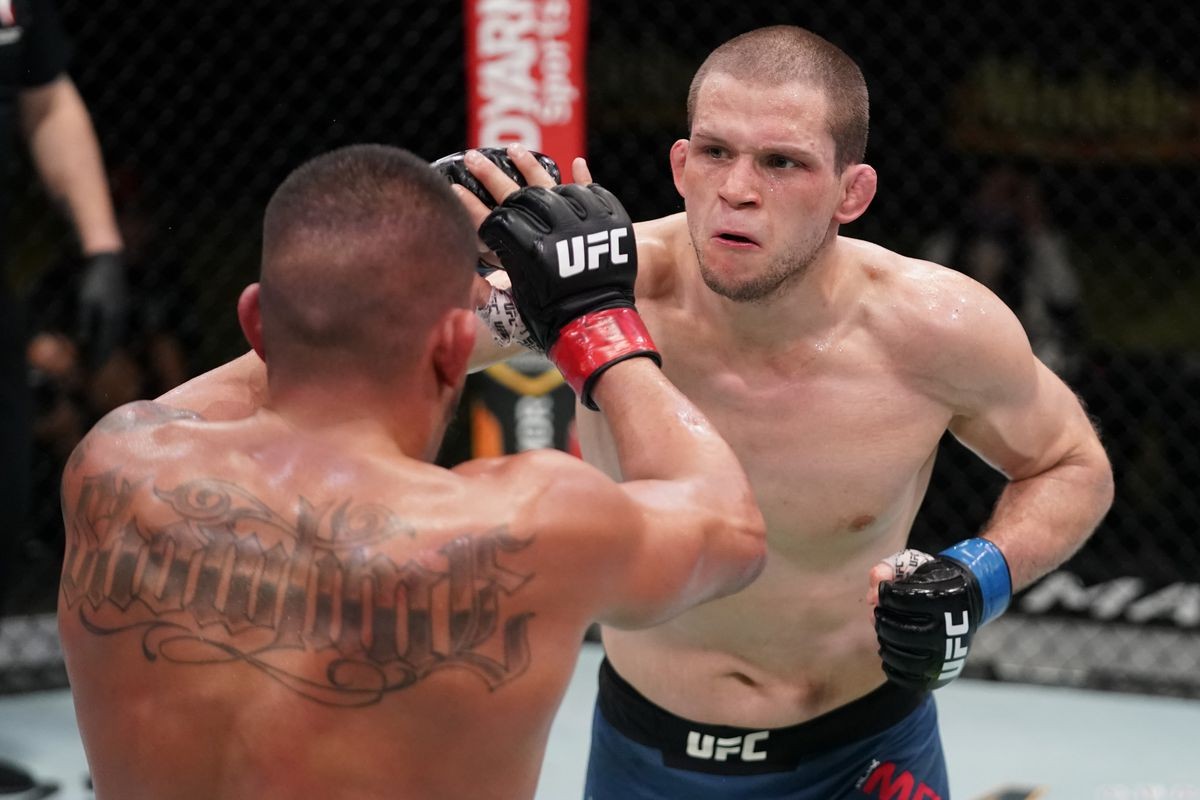 Alex Morono is 18-7 in his MMA record. While his resume is not exciting, Morono has always left the fans impressed with his performances inside the Octagon.

A lot has been said about Donald Cerrone over the years. The former lightweight title challenger will go down as one of the greatest mixed martial artists of all time. Cerrone’s greatness inside the Octagon can be measured from his impeccable resume that boasts fighters like Justin Gaethje, Tony Ferguson, Conor McGregor, Rafael dos Anjos, and Benson Henderson among others.

However, Cerrone hasn’t been quite the same since the last few years, having not picked up a win since 2019. Cerrone’s last win came against Al Iaquinta in what was a Fight of the Night performance from the MMA veteran. Cerrone’s last bout was a majority draw which was later called a no result, against Niko Price.

While Cerrone hasn’t been the same in the last several years, Cerrone still has what it takes to take on the up-and-coming fighters. It won’t be wrong to say that Donald Cerrone is the gatekeeper of the UFC, having faced some of the best fighters to ever step inside the Octagon. Cerrone has been working on his ground game and has an extremely underrated submission game.

Also Read: “I Wasn’t Holding His Shorts”- Conor McGregor Explains Why He “Cheated” Against Khabib Nurmagomedov 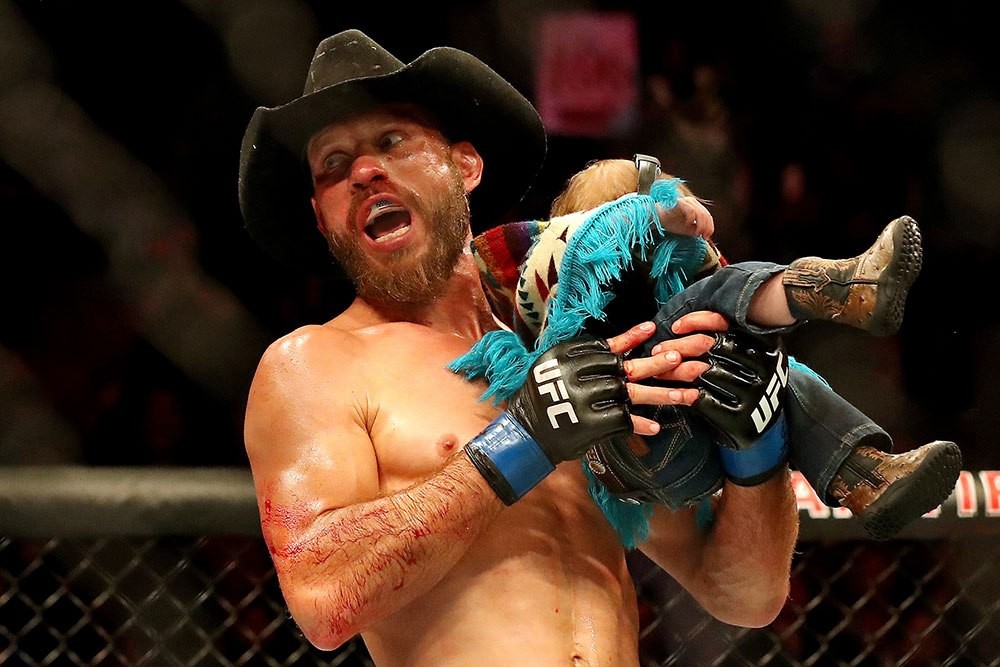 While Morono is a tough challenger, he doesn’t pose any real threat to Cowboy. While it will be exciting to see Morono get a win over Cerrone, it will be easier said than done. Cerrone should get this one comfortable and will jump back to the winning column this weekend.

Also Read: Will Billy Joe Saunders Fall Prey to the Curse of the Versace Robe