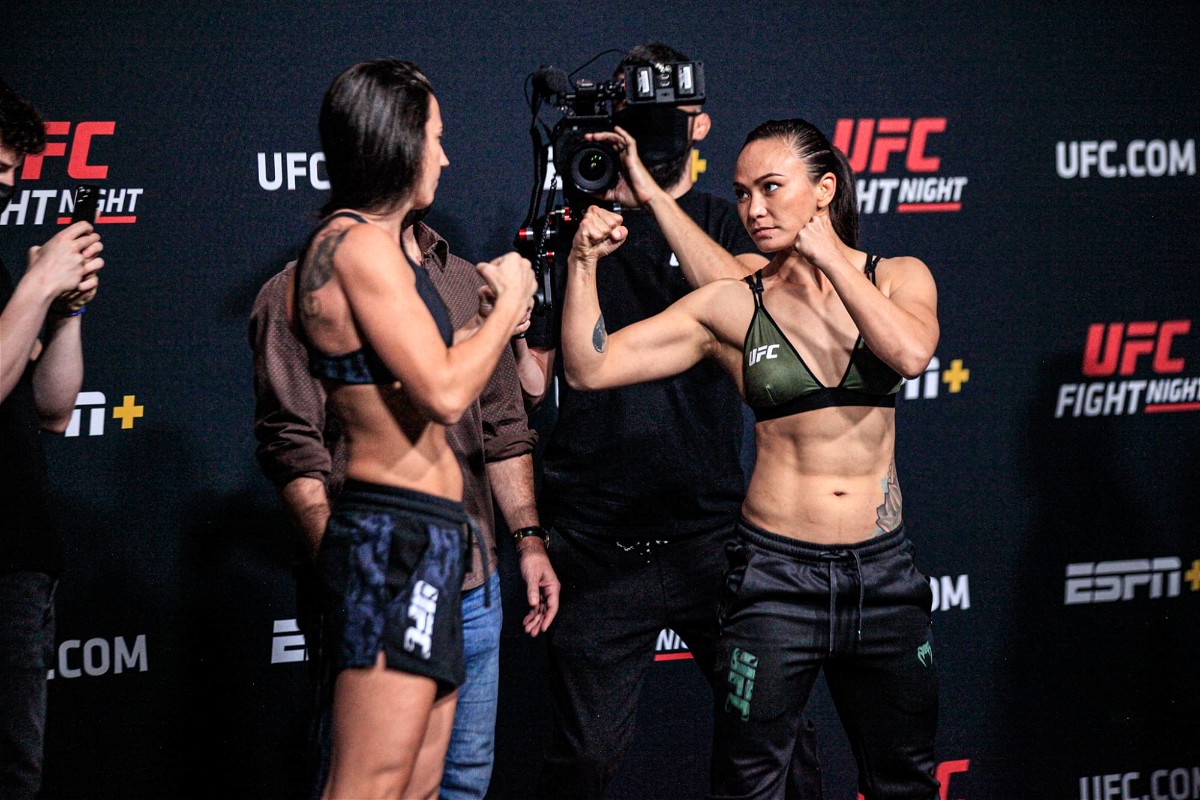 One of the most loved female UFC fighters, Michelle Waterson takes on the rising contender of the division, Marina Rodriguez in a 5 round main event. It’s a short notice fight and even though neither of the fighters cut weight for the strawweight limit the cardio of both fighters will be tested.

And when it comes to cardio and 5 round fight experience, Marina Rodriguez will be at a huge disadvantage as it will be her first 5 round fight. On the other hand, Michelle Waterson has gone 5 rounds with Angela Hill, which was a high-paced fight. She has also gone 5 rounds with former champion Joanna, where she managed to survive the insane assault from the former champion.

But, Marina Rodriguez might not need to go 5 rounds in order to win the fight. Rodriguez is coming off a huge TKO win over Amanda Ribas in her last fight. She has 6 TKO finishes in her career and for the women strawweight division, that kind of finish rate with striking is impressive.

But, Michelle Waterson has a reliable chin and can survive the early rounds against Rodriguez. Waterson was able to take some serious damage against arguably the best striker in the division, Joanna Jedrzejczyk. So the fans can expect to watch the fight go into the later rounds.

Michelle Waterson is the better striker of the two. But, she will have a significant reach disadvantage against Marina Rodriguez. However, she has fought opponents with bigger reach before and had some success against the Rose Namajunas, and Joanna Jedrzejczyk.

When it comes to grappling, Waterson is better than Rodriguez. She has more finishes in her career by virtue of submissions than Rodriguez who is predominantly a striker. If Waterson can takedown Rodriguez then she can do some damage or win some valuable points on judges’ scorecards.