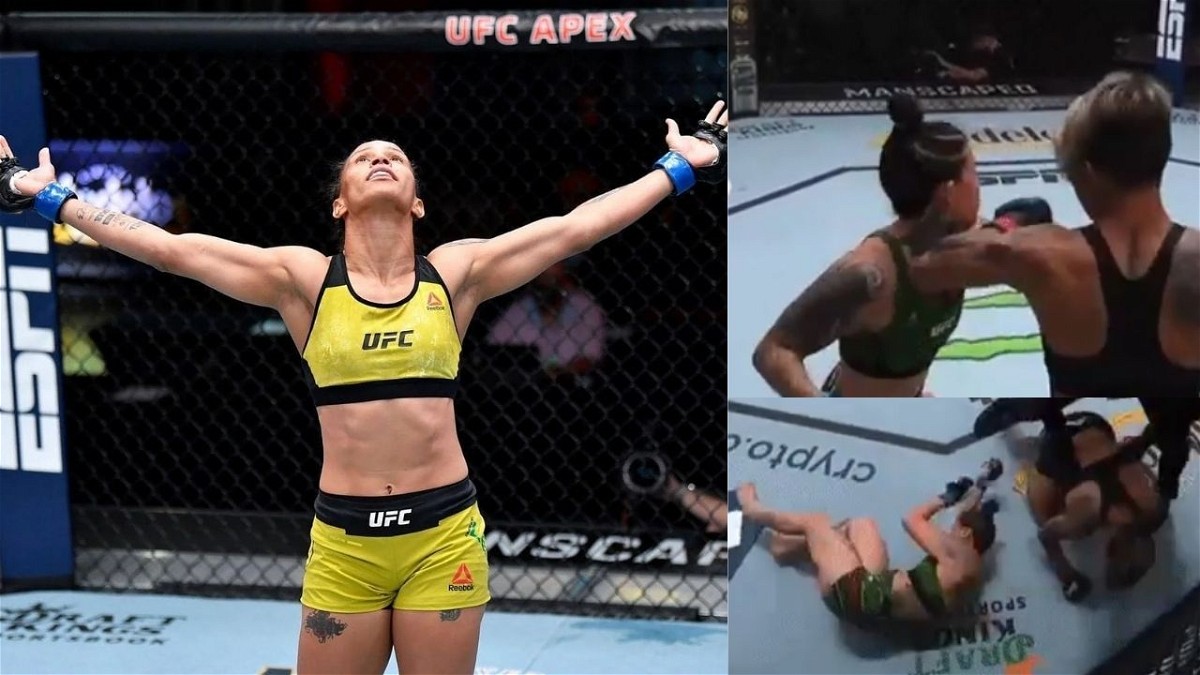 Amanda Lemos put the UFC’s strawweight division on notice as she knocked out Montserrat Ruiz in  36 seconds of the very first round to register her fourth straight win inside the UFC Octagon. Going against a very dangerous, it was always going to be an exciting fight, however, nobody envisioned the fight to go the way it did.

Amanda Lemos, who has earned a reputation for her vicious power, knocked out Montserrat Ruiz in the very first round to send a statement to the entire division, now with back-to-back stoppage wins in the UFC. However, several fans took to social media and claimed that the referee should have given a chance to Montserrat Ruiz, considering she got back on her feet quite quickly and wasn’t on wobbly feet.

However, a case can be made that the referee stepping in to stop Lemos from further punishing Ruiz after she landed the vicious left counter could have a lot to do with Monsterrat Ruiz realizing her opportunity to stand up.

AMANDA LEMOS IS A THREAT! ⚠️

It was the 500th fight in the history of women mixed martial arts for the company and what a way to finish the fight. The slow-motion moment evidently shows Amanda Lemos landing a vicious left that dropped Montserrat. Additionally, a case can be made that Ruiz wobbled on her feet to the other corner of the stage, only to realize later what had happened.

It won’t be wrong to say that the referee saved Montserrat from any additional damage. The future is still bright for Montserrat Ruiz who looked absolutely incredible in her last fight against Cheyanne Buys.

"My name is Amanda Lemos. I'm going to be UFC champion!" #UFCVegas31 pic.twitter.com/pfhkimcJgL

Meanwhile, while stoppage wins are rare in the women’s division, Amanda Lemos continues to defy the odds as she picked up her second straight T/KO win in the UFC’s strawweight division.