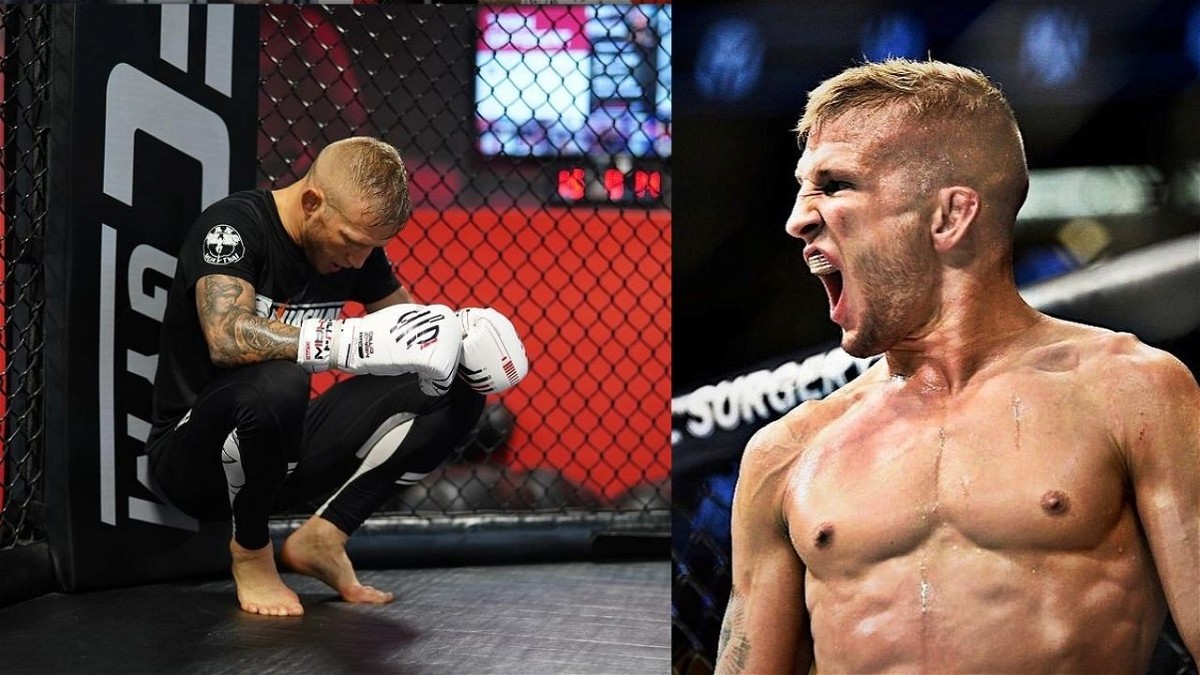 TJ Dillashaw made his much-anticipated return after two years in the promotion at UFC Fight Night against Cory Sandhagen. Therefore all eyes were on him during the build-up of the event. Moreover, many questioned whether he would return as the same level of fighter he once used to be.

However, he proved to everyone that he is still one of the best bantamweight fighters as he showed great grit and determination to win against Sandman.

Dillashaw had to suffer through various adversities during the fight as Sandhagen popped his knee in the first round. Hence he had to grind out and deal with incredible pain for the rest of the fight. To be precise, it was a commendable performance by the former bantamweight champion.

After the fight ended Lieutenant Dan made some shocking revelations about his training camp. He detailed the injuries that he suffered during the training camp for the UFC Vegas 32 fight. “I’ve been injured the whole camp. I didn’t get to spar at all for this camp. Tore my MCL in my right knee. I had a pinched nerve in my left foot, so there was no sparring for this camp… I couldn’t stay healthy, couldn’t spar. Coming into this thing injured two days before the fight I was limping around. I had to work out with shoes on.”

Tj Dillashaw’s disclosure regarding his pre-fight injuries in the UFC Vegas 32 post-fight show makes this win more admirable as he managed to dominate against a world-class bantamweight fighter with several injuries.

Apart from facing several injuries and not being able to spar in the training camp, TJ Dillashaw suffered additional injuries during the fight to make matters worse. His laziness cost him bad as Sandhagen popped his knee at the end of the first round. To describe the moment, Cory Sandhagen got Tj in a heel hook with one minute left on the clock and that did some serious damage as Dillashaw mentioned to his corner that he popped his knee. 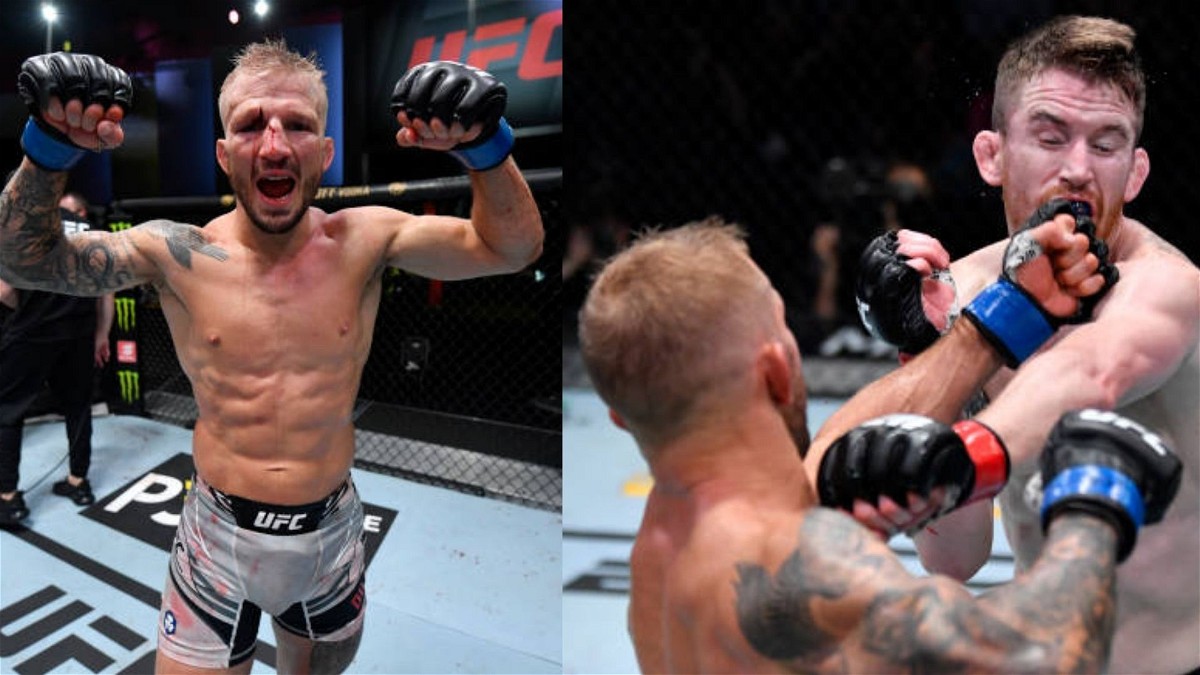 Therefore Tj Dillashaw had to compete for the rest of the fight with an injured knee. To make things hard he suffered an eye cut later in the fight. The Sandman landed a powerful punch at Tj’s bruised eye which cut open during the fight. Hence Dillashaw’s vision was hindered and he struggled for the rest of the contest. If not for his injuries Tyler would have performed much better and avoid unnecessary damage.

Nonetheless, TJ Dillashaw showcased a performance for ages in the main event of UFC Fight Night Vegas 32. Not taking anything away from Cory Sandhagen’s display but TJ Dillashaw has earned great respect and admiration for fighting the entire bout with numerous injuries. In the end, he managed to grind out a victory which makes this battle sweeter for the fighter as he had to go through severe hardships.