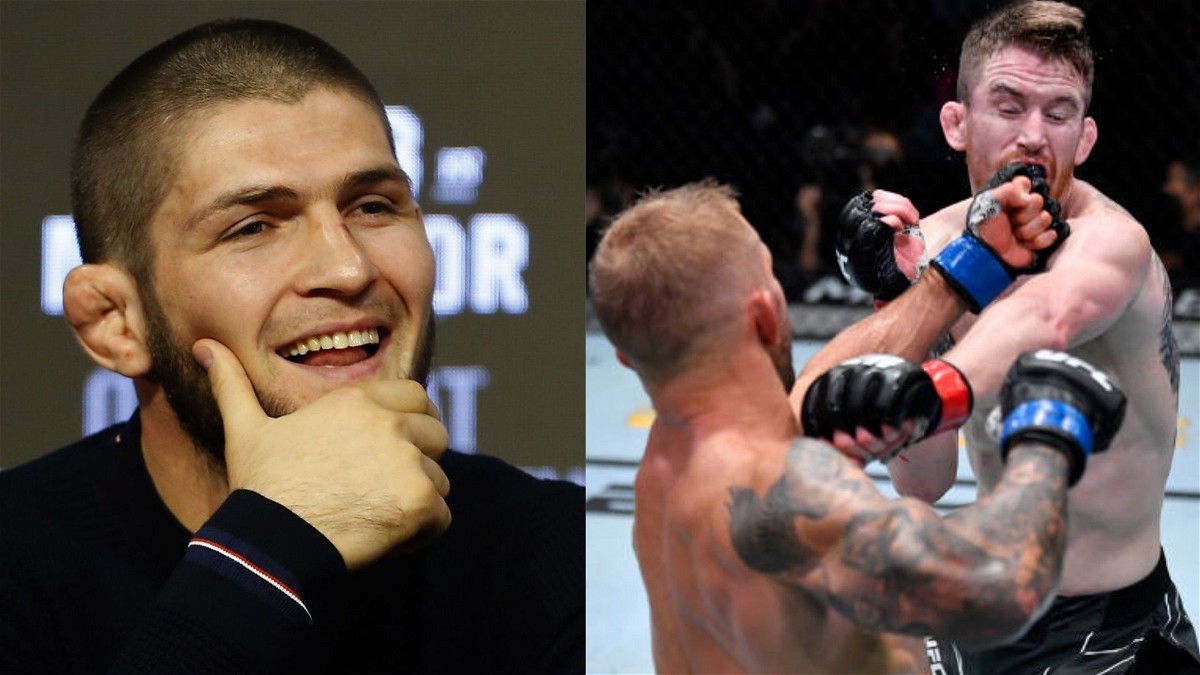 The main event of UFC Fight Night between Cory Sandhagen and TJ Dillashaw had everyone across the world on their feet as both the fighters displayed great performances. Moreover, it was a tight contest between the two bantamweights as the judges scored the fight 48-47, 47-48, and 47-48 in favor of TJ Dillashaw. However, former lightweight champion Khabib Nurmagomedov had a different opinion regarding the fight.

The Eagle expressed his views on the main event and declared Cory as his winner on Twitter. According to Khabib, Cory Sandhagen should have won the fight because he dished out more strikes and damaged his opponent. “I think Sandhagen 3:2, Because of damage.”

I think Sandhagen 3:2
Because of damage

This tweet surprised many fight fans as they agreed with the judge’s decision to award the fight to TJ Dillashaw. This is because TJ controlled a majority of the fight on the ground and also landed some good shots of his own. Additionally, he controlled Sandhagen for 8 minutes, 22 seconds on the ground.

Therefore TJ Dillashaw gained a victory fair and square as he won the first, third, and fifth rounds of the contest. However, the former lightweight champion disagreed with the scoring as he had Cory winning the fight 3:2. In the end, one could argue and agree with Khabib’s opinion but judges have been scoring the fights based on takedowns landed, control time, significant strikes landed. As a result, Dillashaw’s control on the ground made a huge difference in the outcome of the fight.

Cory Sandhagen came up short and lost the fight via decision to TJ Dillashaw at UFC Fight Night. Despite losing the fight, Sandhagen impressed many people around the world with his performance. Khabib Nurmagomedov was one of those people who was highly impressed by The Sandman’s display against Dillashaw. The Russian showered his appreciation towards Sandhagen on Twitter after the fight. 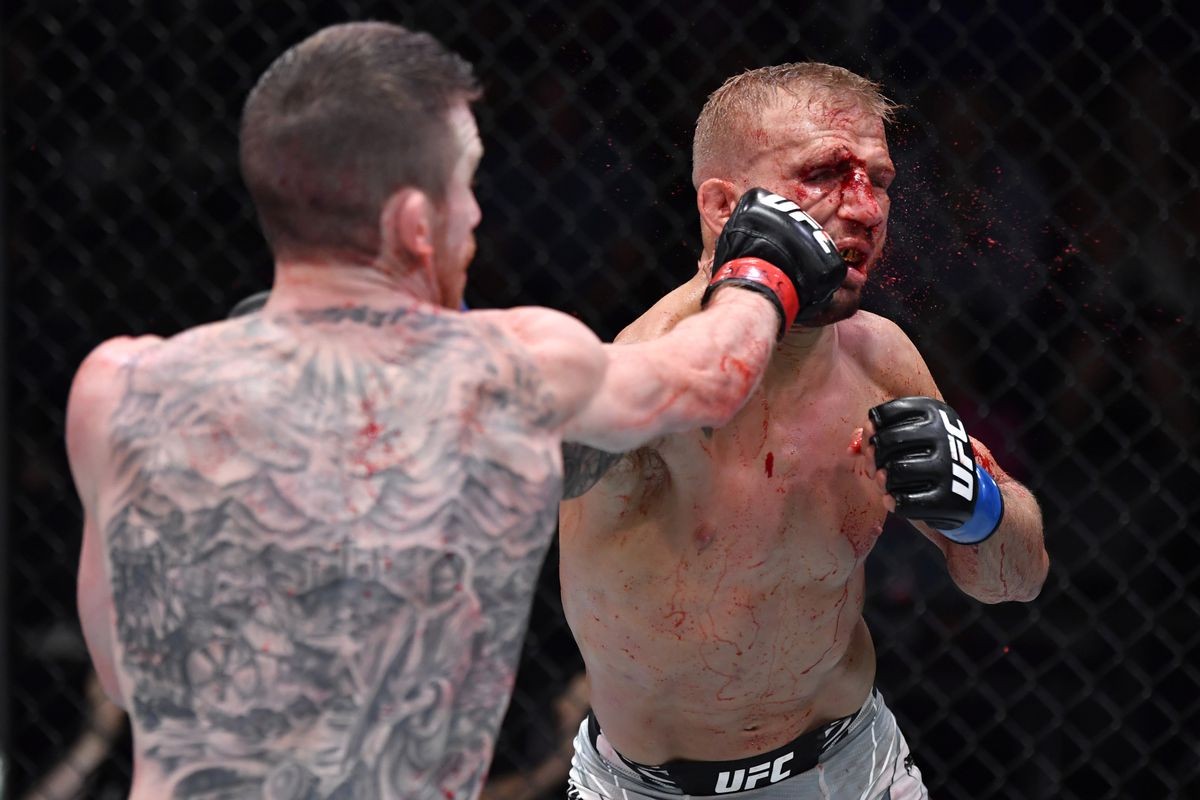 He posted a tweet that captioned “But anyway Sanhagen is a real deal. He is a problem for anyone in division” One would agree with The Eagle’s comments as he is an excellent fighter and has the talent and skill to terrorize everyone in the division.

The Russian also said that TJ should face Petr Yan next and he was hyped up about this possible matchup as Dillashaw and Yan are two of the best bantamweight in the division.