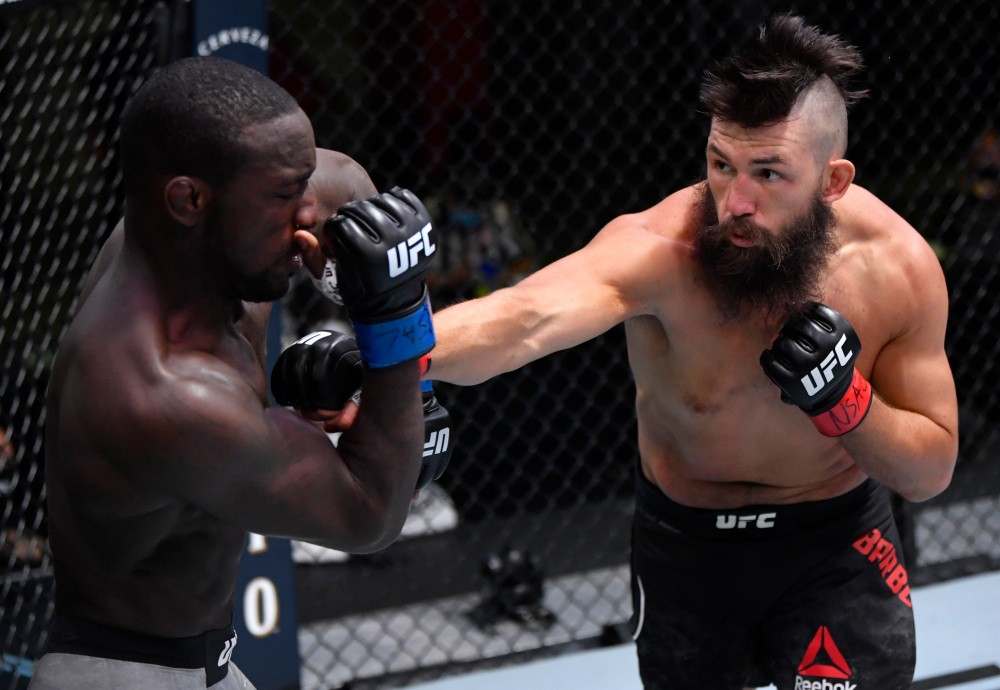 UFC Vegas 33 features a welterweight showdown between Bryan Barberena and Jason Witt. And this is a decent fight on the card that lacks exciting fights, to say the least.

Bryan Barberena has competed against some of the elite welterweights in the world right now and he will certainly gather the fans’ attention with his performance this weekend. Besides that, his recent near-death experience has certainly had the fans in awe.

Bryan Barberena needed immediate surgery to have four liters of blood to be drained from his stomach while returning from practice. During the press conference, Barberena recalled the harrowing experience and stated: “It’s a miracle that I’m here. It’s a miracle. They said two minutes longer and I was a goner.”

Well, fortunately, he is healthy and ready to compete on UFC Vegas 33 against the MMA veteran, Jason Witt. Let’s break this fight down and try to predict the winner.

This fight is likely to go the distance as neither Bryan Barberena nor Jason Witt is well known for their KO power. On feet, there is a possibility that Barberena gets the finish in the later rounds. However, the chances are slim considering the fact that Barberena has not had a TKO win since 2018.

However, he is likely to win the fight against Jason Witt with relative ease. Jason Witt has good experience but he has not fought the level of opponents Barberena has fought in UFC. Besides that, Barberena has good ground game and wrestling defense so Jason Witt is unlikely to dominate Barbena on the ground or secure a submission victory.

Even against Colby Covington and Leon Edwards, Byan Barberena was able to survive three rounds. So it is expected that Barberena will win this matchup against Jason Witt. He is a better striker, his takedown defense will come in handy in this fight and he is likely to win a unanimous decision win against Jason Witt.