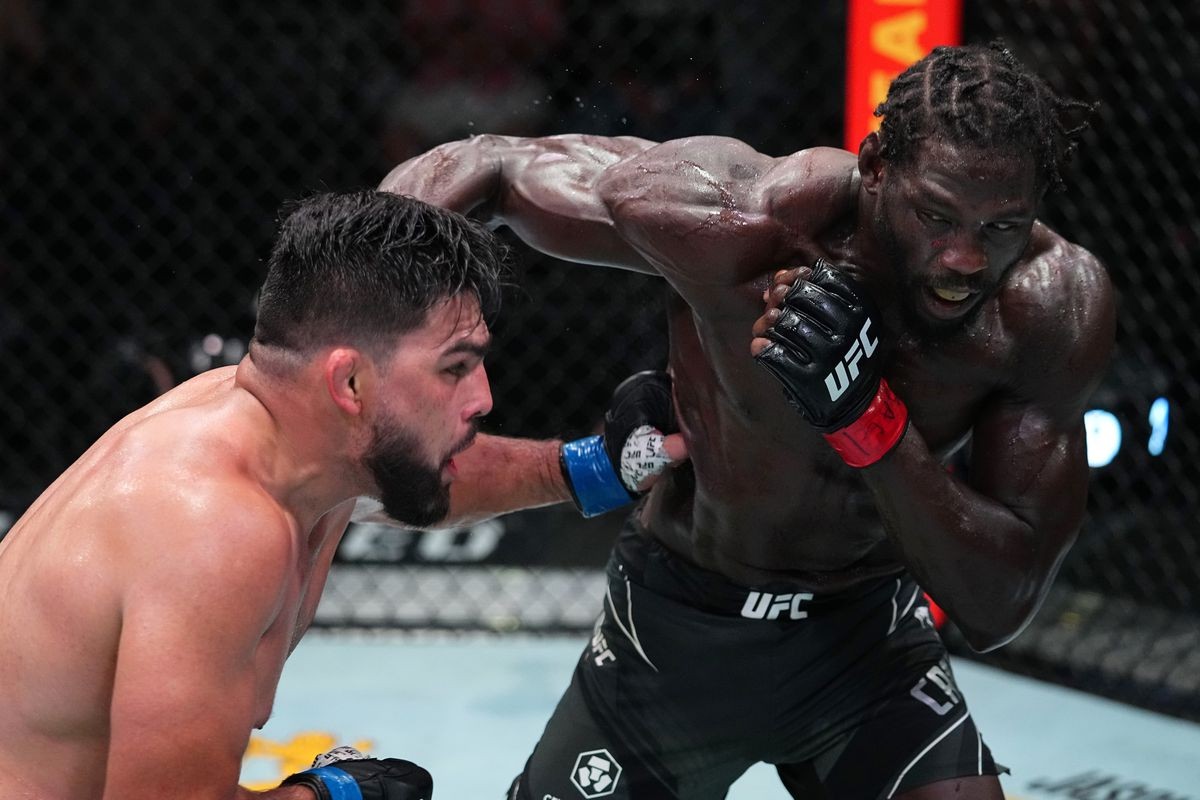 However, the fight was razor close even if Gastelum lost the fight via unanimous decision. It’s needless to say that Jared Cannonier had the biggest moment of the fight when he knocked down Gastelum in the third round. However, Kelvin Gastelum bounced right back up and started fighting like the knockdown did not even take place.

It was not a high volume and high output fight from either fighter but Cannonier’power and reach helped him win the fight on the judges’ scorecard. Though the majority of the MMA community believe Cannonier won the fight comfortably, Kelvin Gastelum said did not seem to agree with the judges’ decision.

After his loss at UFC Vegas 34, Kelvin Gastelum tweeted: Ï think I won but whatever..”

He also addressed his fans following the defeat and stated: “Congratulations to Jared Cannonier on a very competitive fight! Small adjustments and we’re back on top! Tonight just proved that! We’re very close to being the best in the world. Almost there & On to the next one!”

Was Kelvin Gastelum vs Jared Cannonier ended in a robbery?

The fight was way close than the judges’ scorecards suggest. Jared Cannonier landed 81 out of 207 strikes while Kelvin Gastelum landed 89 significant strikes out of 256 attempts.

Kelvin Gastelum clearly won round 2. And it can be said that he won round 5. On the other hand, Jared Cannonier comfortably won round 3 with the knockdown. Even if the fourth round was close, Cannonier landed the bigger shots and most probably should have won that round. However, round 1 is a crucial one with Gastelum outlanding Cannonier by 3 significant strikes.

Gastelum was putting the pressure on Cannonier in round 1 and he was the busier man. Jared Cannonier landed some great outside leg kicks and countered some of Gastelum’s punches. However, Gastelum has a lot of success in the first round too.

Calling it a robbery will not be right as it seemed Cannonier won the fight comfortably. However, the fight was indeed very close. And it would not have been a surprise had any of the judges scored the fight in favor of Kelvin Gastelum.

Will Manny Pacquiao Retire After Losing to Yordenis Ugas?