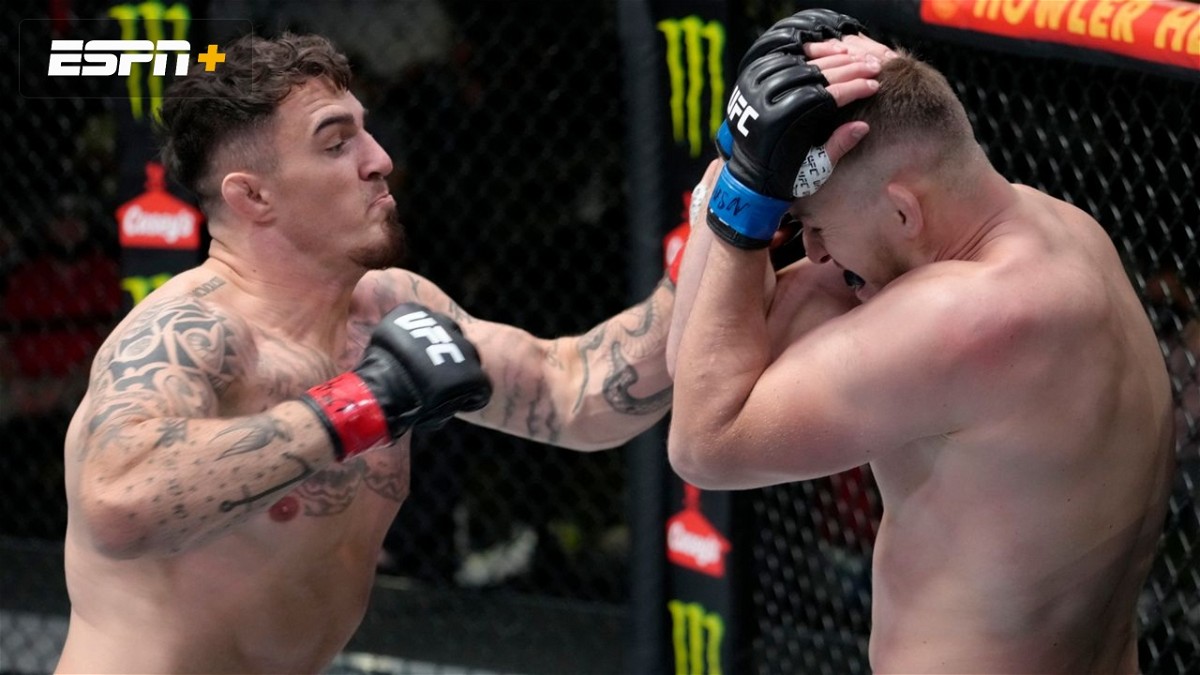 Tom Aspinall went head to head against Serghei Spivac in a mouth-watering heavyweight clash in the co-main event of UFC Vegas 36. As a result, fight fans were highly anticipated to watch this super showdown. The Scouser maintained his unblemished record in the promotion by defeating Spivac via Tko in the second minute of the first round of the contest.

Leading up to this fight, Aspinall was going to face Sergei Pavlovich at the Apex in Las Vegas Nevada. However, a week before the fight Pavlovich had to be replaced by Serghei due to visa issues. Regardless of the last-minute change in the opponent, Tom Aspinall stepped up and delivered a brilliant performance and proved to everyone that he is the real deal in this heavyweight division.

From the beginning of the fight, the Liverpool-born fighter showed his agility and pressurized Serghei Spivac by landing good strikes. Consequently, in the second minute of the contest, he delivered a knee to the body and followed it with a stunning elbow to the face of Serghei and dropped him.

Thereafter he landed some ground and pound which forced the referee to stop the fight. As a result, Tom Aspinall won his fourth successive fight in the promotion with this TKO win over Serghei Spivac.

After securing a strong win against the 14th ranked fighter in the heavyweight division, Tom Aspinall received a lot of praise from several UFC Fighters and analysts on Twitter. As a result, let’s take a look at the reaction of fighters and analysts after this co-main event clash.

Aspinall is a part of the next generation of Heavyweights. His ceiling is incredibly high!! What w big W for him tonight #UFCVegas36

After the fight, Aspinall explained his feeling when he enters the octagon in the post-fight interview. “Every time I get in this place, I’m goddamn scared to death but that’s how I express myself. Through that fear. I let it build and I use it for my advantage and I feel amazing!”

“Everytime I get in this place, I’m scared to death.”

It is needless to say that Tom Aspinall is a future star and has great potential to become a heavyweight champion. Comment below your thoughts about the British fighter’s performance at UFC Vegas 36.