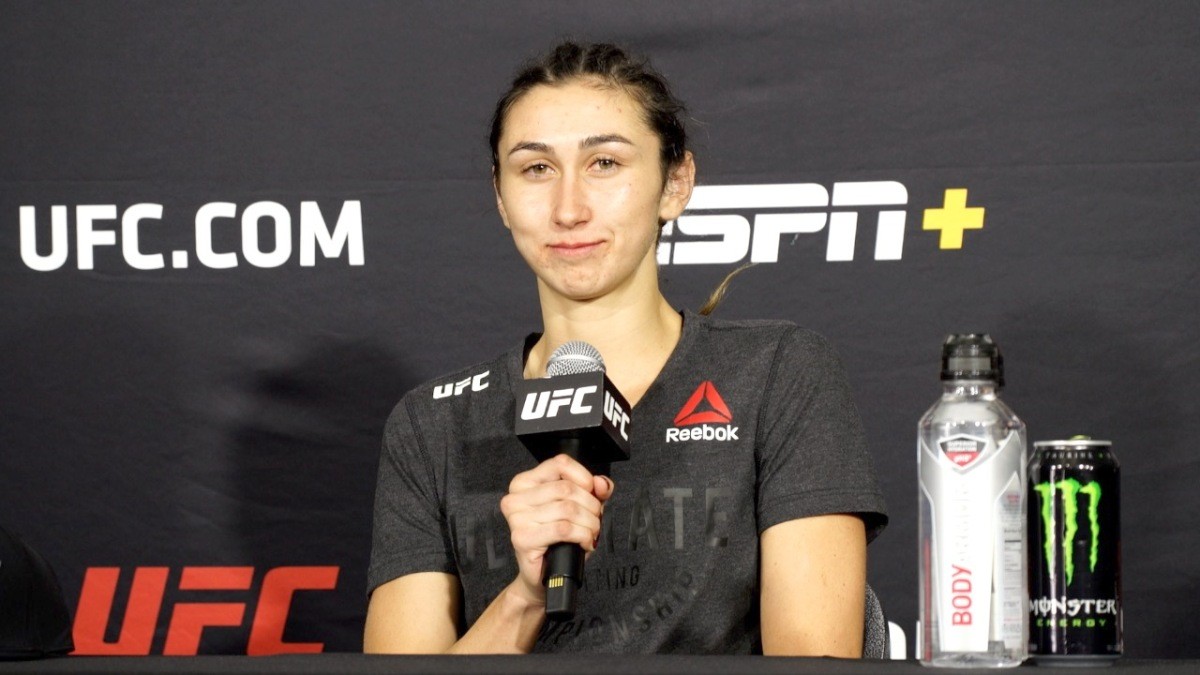 UFC flyweight prospects Sabina Mazo and Mariya Agapova will go head-to-head on the main card for UFC Vegas 39. This bout would be crucial for both the women as they would be looking to make an impact by heading into the top 15 rankings in a stacked division.

Mariya Agapova hasn’t been in the octagon since August 2020, where she was defeated by Shana Dobson. Following the loss, Agapova underwent knee surgery to repair a torn ACL. She has spent the time away recovering and reflecting to prepare for her bout against Sabina Mazo this weekend.

Agapova suffered the first loss of her career on the Dana White’s Contender Series against Tracy Cortez, after previously holding a 6-0 record. In her UFC debut, Agapova submitted Hannah Cifers in the first round and earned a Performance of the Night bonus. Just two months later, she was back in the octagon facing Shana Dobson, but unfortunately couldn’t secure the win.

24-year-old Sabina Mazo is also coming off a loss against Alexis Davis back in February. Mazo’s loss to Davis was at the bantamweight division, which is not her natural weight class. Although this weekend she is going to compete in the Flyweight division for her bout against Mariya Agapova.

Prior to her loss, Mazo was also on a three-fight winning streak against the likes of JJ Aldrich, Justine Kish, and common opponent, Shana Dobson.

Both the fighters are lanky strikers with Mazo boasting slightly more range. Agapova has shown more grappling skills and her aggression will be key to put Mazo on the backfoot and start putting it on the Clombian.

We can expect Agapova to rely on her wrestling and get the fight on the floor to look for a submission. However, Mazo has underrated grappling and if she can get out in the first round, she will be expected to finish stronger.

It is hard to see Agapova making the same mistake as her last fight because it was rather embarrassing so, we expect her to have a cagey first round, but utilise her wrestling to squeeze out a decision. With a promising overall game, Agapova will back herself no matter where the fight goes.