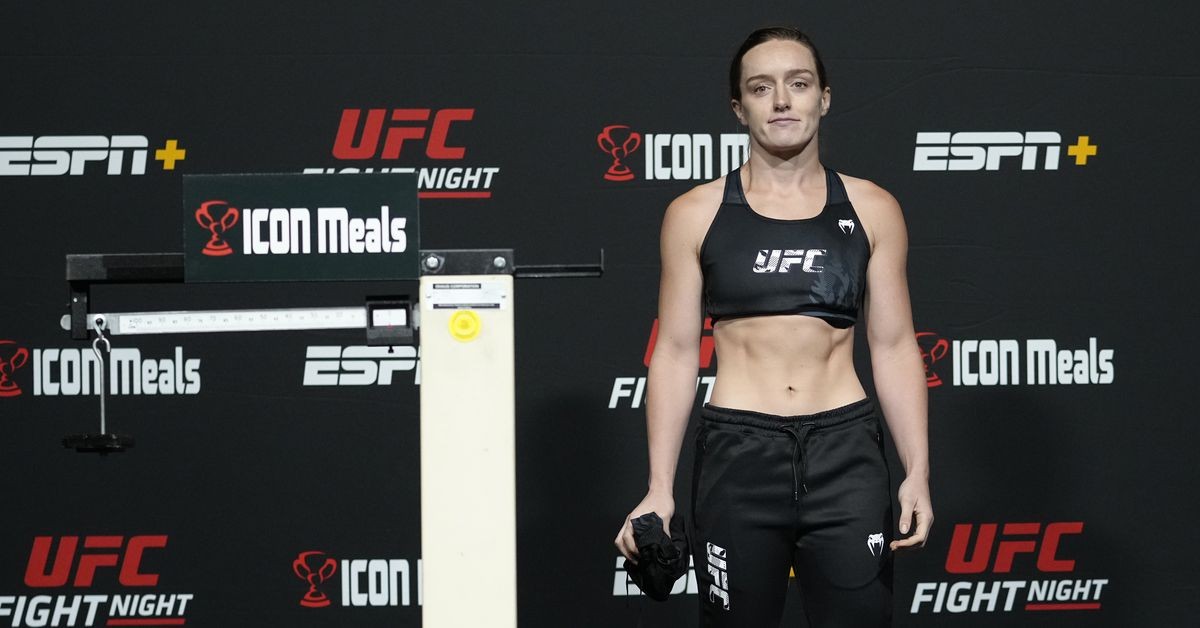 The UFC Vegas 40 main card is headlined by an exciting Featherweight bout between Aspen Ladd and Norma Dumont. Ladd would be competing at the featherweight division this time, after she failed to make the weight for her bout against Macy Chiasson which was at Bantamweight.

Initially the main event was consisted between Holly Holm and Norma Dumont. However, Holly Holm suffered a knee injury which knocked her out of the featherweight bout with Norma Dumont at UFC Vegas 40. ESPN was the first to report that Aspen Ladd will step in as a replacement for Holly Holm.

Aspen Ladd was scheduled to compete at UFC Vegas 38 in a bantamweight bout against Macy Chiasson, but she missed weight and the fight was eventually pulled from the card. The latest battle of Ladd with the scales led to several MMA fans and pundits saying that Ladd should make a move up to the featherweight division.

Norma Dumont on the other hand is making an impression with her recent wins inside UFC octagon. She made her debut against Megan Anderson on UFC Fight Night 169. She lost the bout via a knockout. Although Dumont lost her UFC debut bout, later on she had a two consecutive wins.

After the conclusion of the Dana White’s Contenders Series event on Tuesday, UFC president Dana White addressed the post-fight press conference. Speaking to the media, a question regarding Aspen Ladd was asked to Dana White.

Dana White was asked about why Aspen Ladd was rebooked for a fight against Norma Dumont after her recent weight miss at UFC Vegas 38 and whether UFC is rewarding her a bout in some sort of way.

Dana White responded by saying, “She is moving up in the weight class, she is moving up to 145. If we kept her in 145 and gave her a main event then that would make sense. The girl’s in shape, she is here to fight. She didn’t make weight but she is gonna move up a weight class now. I don’t think we’re rewarding her but we are getting her a fight.”

Aspen Ladd has a history of struggling to make the 135 pound weight limit for bantamweight fights and not only that, but this wasn’t the first time her trip to the scale left a whole bunch of people worried about her. It was a reasonable decision for her to move up to the featherweight division for her next fight.