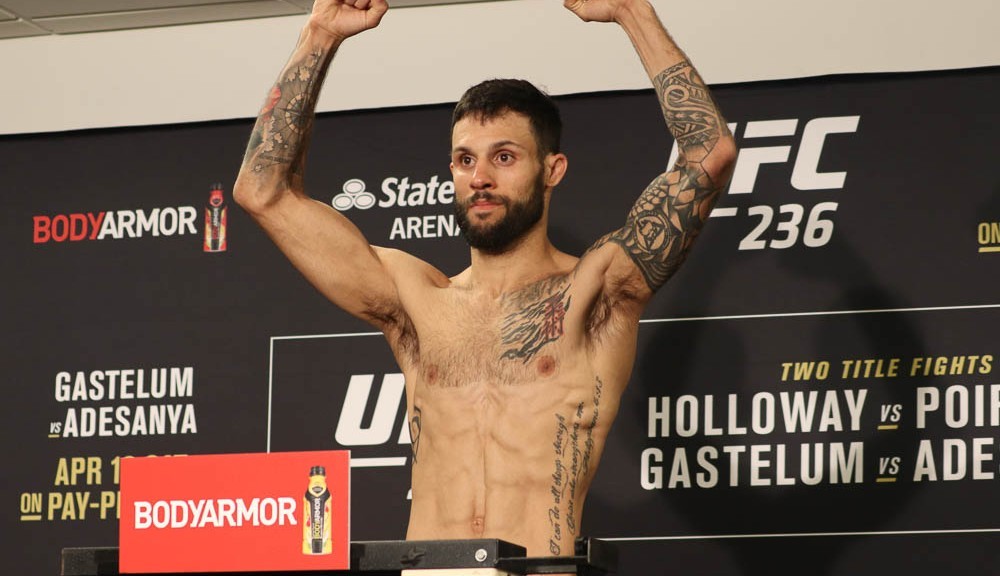 This weekend UFC Fight Night: Ladd vs Dumont will be taking place at the UFC Apex in Las Vegas, Nevada. In the preliminary card, Brandon Davis will be returning to the UFC after being released two years ago. Davis will take on Danaa Batgerel in a Bantamweight match-up.

Danaa Batgerel (9-2) has been on fire since losing his UFC debut. The Mongolian fighter knocked out Guido Cannetti at UFC 248 in 2020 and then knocked out Kevin Natividad at UFC 261. Batgerel was scheduled to fight Montel Jackson last month; however, visa issues forced him to pull out of the fight.

Brandon Davis (14-8) will be returning to the promotion after being released in 2019. The “Killer B” went 2-5 in his first UFC stint. However, he went back to the regional scene and picked up four wins to get the call back to the UFC. Davis has faced the likes of Giga Chikadze, Randy Costa, and Zabit Magomedsharipov.

This is going to be a tough welcome back for Davis although he is no stranger to difficult UFC fights. Both Batgerel and Davis have a lot to prove, but we do not expect them to be hesitant in pulling the trigger and it should be a fun scrap.

They are both great strikers. Davis likes to force the pressure and has the cardio to go fast for 15 minutes whereas Batgerel will have the speed advantage and can counter from a variety of angles, including the backfoot. So stylistically, this is a mouth-watering match-up.

Neither of them have been knocked out and we expect this battle to stretch into the third at least. So this will come down to who can land the most volume with significant damage unless Davis throws in a few takedowns. Batgerel’s speed is enough to win the exchanges and sway the judges, but this is very tough to call and Davis as the underdog is a smart play.