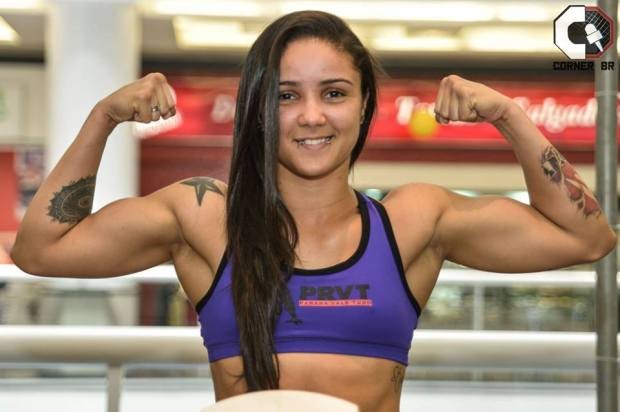 This weekend UFC Fight Night: Ladd vs Dumont will be taking place at the UFC Apex in Las Vegas. Before the main card kicks off, a preliminary card will take place, where ONE Championship veteran Istela Nunes will finally make her first walk in the UFC cage against fellow Brazilian Ariane Carnelossi in a Strawweight bout.

Istela Nunes (7-1) had signed with the UFC in 2019, after going 2-1 under the ONE Championship promotion in Asia between 2016 and 2018. Nunes is a striker with a record of 50-4 in Muay Thai. Nunes’s sole MMA loss came in a title match with ONE queen Angela Lee, she lost the bout via second round submission. Nunes hasn’t fought since her decision win over Gina Iniong in July 2018.

Ariane Carnelossi (13-2) recently scored her first octagon victory with a TKO over Na Liang in April, bouncing from a debut loss to Angela Hill in September 2019. “Sorriso,” whose first loss came in her MMA debut to Amanda Ribas in 2014, was on a 12-fight winning streak with nine stoppages going into her first octagon appearance.

Who knows how Nunes will show up. She has not competed for a long time, but her Muay Thai skills would have not left her. She is an accomplished Muay Thai fighter and as Carnelossi is fully expected to bring the heat and aggressively hunt the chin of Nunes, we should be in for a spectacle.

Carnelossi has the power, but Nunes has the speed and reach advantage. Nunes will be looking to bounce just out of Carnelossi’s range, feinting and ready to fire one and two punch combinations. Carnelossi will get frustrated and look to close the distance but will have to be careful falling into Nunes’ clinch.

The biggest question mark is Nunes’ activity and Carnelossi can really capitalise on any rustiness by starting quickly, closing the distance and maintaining a high volume of strikes before Nunes settles. And that is what we expect to happen but if Nunes comes out confident, she can counter Carnelossi’s forward pressure and maintain the distance for three rounds, winning the exchanges with her speed.