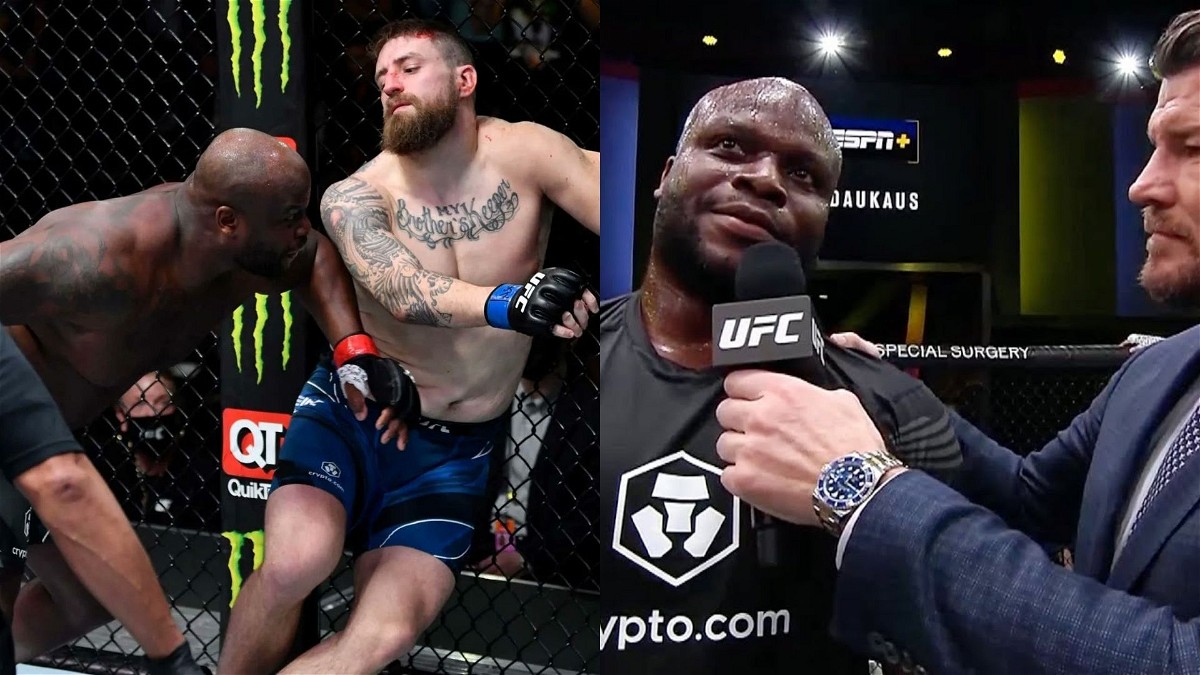 Derrick Lewis took on rising heavyweight contender Chris Daukaus in a five-round main event clash in what was the final event of UFC this year. Going into this fight with an underwhelming performance against Ciryl Gane in his last bout, The Black Beast bounced back in spectacular fashion as he knocked out Daukaus in the first round of the fight.

Lewis showed why he is one of the most dangerous fighters in the division as he stopped the winning streak of Chris Daukaus by finishing him at UFC Vegas 45. Getting into the details of the bout, both fighters started cautiously and landed a few kicks. With two minutes left on the clock in the first round, The Black Beast stunned Daukaus with a sharp roundhouse kick.

Thereafter Lewis landed a flurry of combinations and consequently, he dropped Chris with a big right hand to win this heavyweight bout emphatically. After getting a victory over a tough Chris Daukaus, Derrick Lewis expressed his wish of getting a title shot next in the post-fight interview.

However, Derrick laid a condition that he would only compete in a title shot if the UFC schedule it as a three-round contest. “Yeah, I’d love to get a title fight for sure. If they can change that rule and make it a three rounds title shot, hit me up but if not don’t call my phone. F***k that”

Derrick Lewis put on a vintage performance by knocking out Chris Daukaus in the first round at UFC Vegas 45. With this victory, The Black Beast now has the second-most victories (17) in UFC heavyweight history. 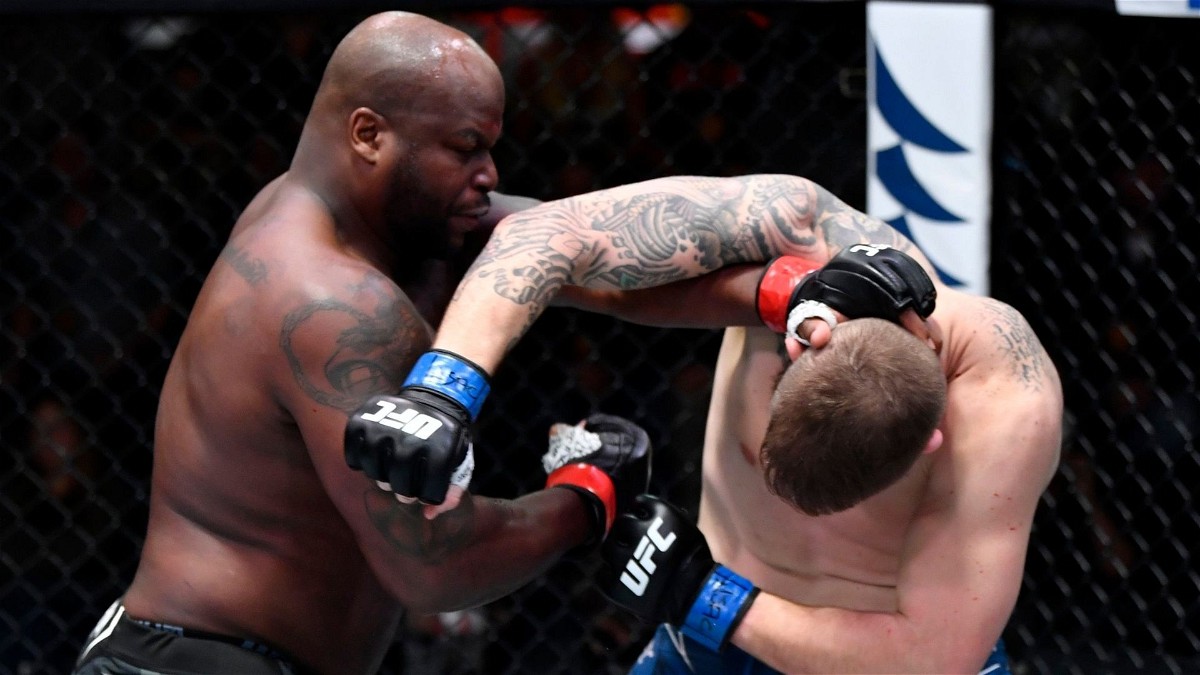 Following his 13th knockout win, The Houston born fighter set the record for the most knockout wins in the history of UFC. He passed former champion Vitor Belfort and Matt Brown to become the undisputed knockout king of UFC.

Well that took a while for Derrick Lewis pic.twitter.com/5gkifwJczN

Consequently, Lewis expressed his joy to Michael Bisping in the post-fight interview after claiming this record at UFC Vegas 45. “I’m feeling good. I’m also happy because I’m the first fighter, clean fighter, to be number one in knockouts, said Derrick Lewis.

If The Black Beast continues to put on such amazing performances, then it will be extremely difficult for any fighter to overtake him in knockout wins for a long time.