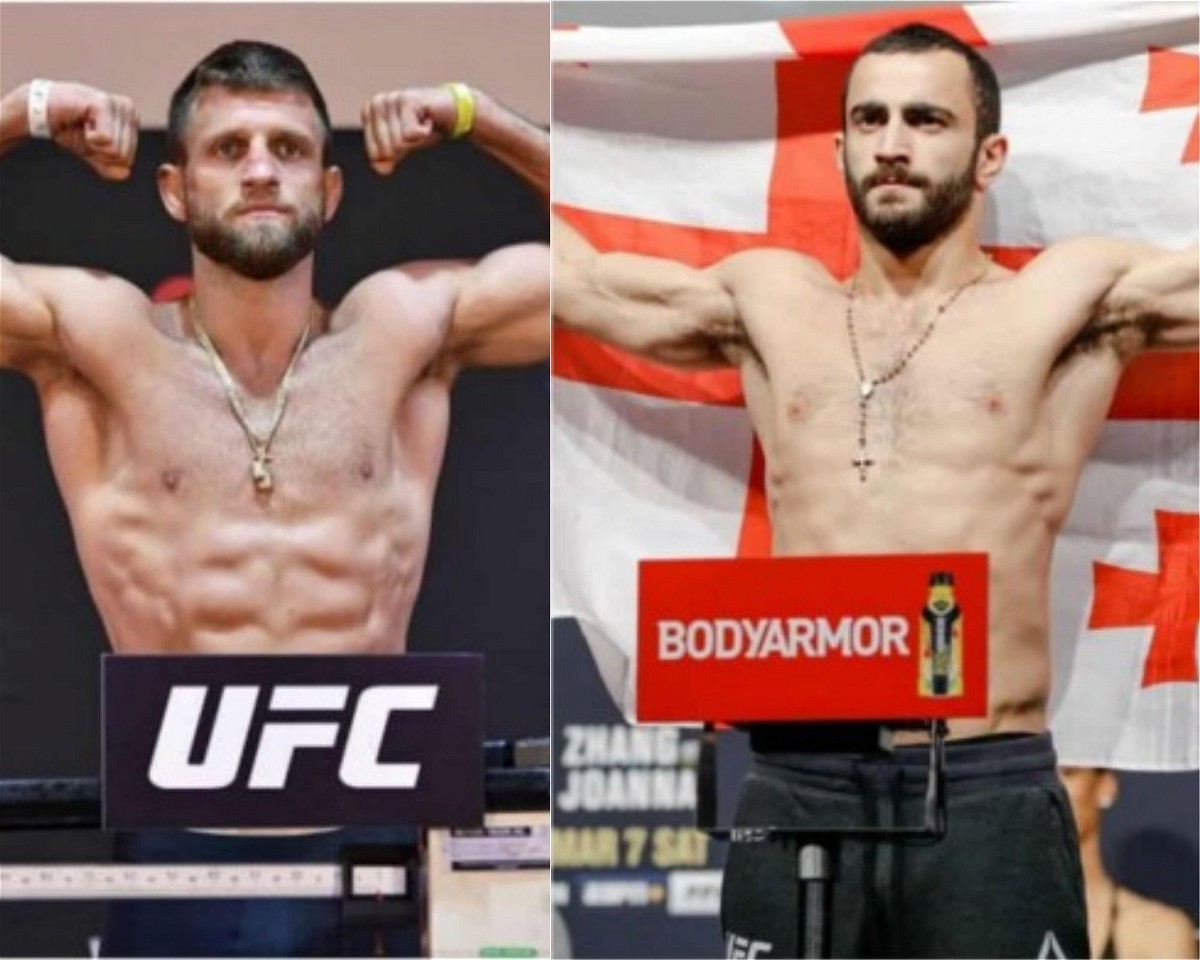 Giga Chikadze vs Calvin Kattar is set to take place on the 15th of January, and the fans are all elevated. This is One of the most anticipated matches of the year. It is highly likely that the fighter who walks away with the win is  getting a title shot. Alexander Volkanovski, the current champ has a serious challenge coming  his way. Chikadze considers Kattar to be more of a threat than Volkanovski as he breaks down his fight against him.

Chikadze has made his intentions clear in the interview. He explains that he is here to kill and smash anybody. He for sure wants his title shot owing to his unbeaten run since 2018. Kattar on the other hand has suffered a loss against the well Known Max Holloway. How ever, the critics have nothing but praises for him as he took an ” unreal” number of hits. Holloway is known to have the best boxing technique in the division. Being able to survive his hammering is an achievement,  hence the appreciation for Kattar.

Chikadze  mentions that he  respectful  towards Kattar as he is one of the most lethal strikers in the division. He further says” As I mentioned earlier, this is my hardest fight so far and I know how tough he is. I know what he has done in the UFC and i have been watching this guy before I was in UFC . He has a good technique for mma. This guy is in front of me to get a title shot. I am just going to be me and try to finish the same way.”

Although the matchup seems to be razor thin, Chikadze is the favorite to win. Giga Chikadze strongly believes he has what it takes to deliver on the day of the fight.  However, some of the UFC peers are in split with respect to this fight. Stephen Thompson is one such fighter. The Wonderboy  believes Kattar has the upper hand on this one . Nevertheless, for the mma fans this is nothing but an epic mma battle.

Both the fighters have exceptional striking abilities. They have similar shortcomings as well with respect to their ground game. Chikadze predicts Kattar to turn up with an improved footwork. He further adds by saying he expects Kattar to bring in the kicks as well. On the other hand Chikadze looks to be showing up with improved ground game. The ninja undoubtedly has massive respect for Kattar but says he is here to be the last man standing.