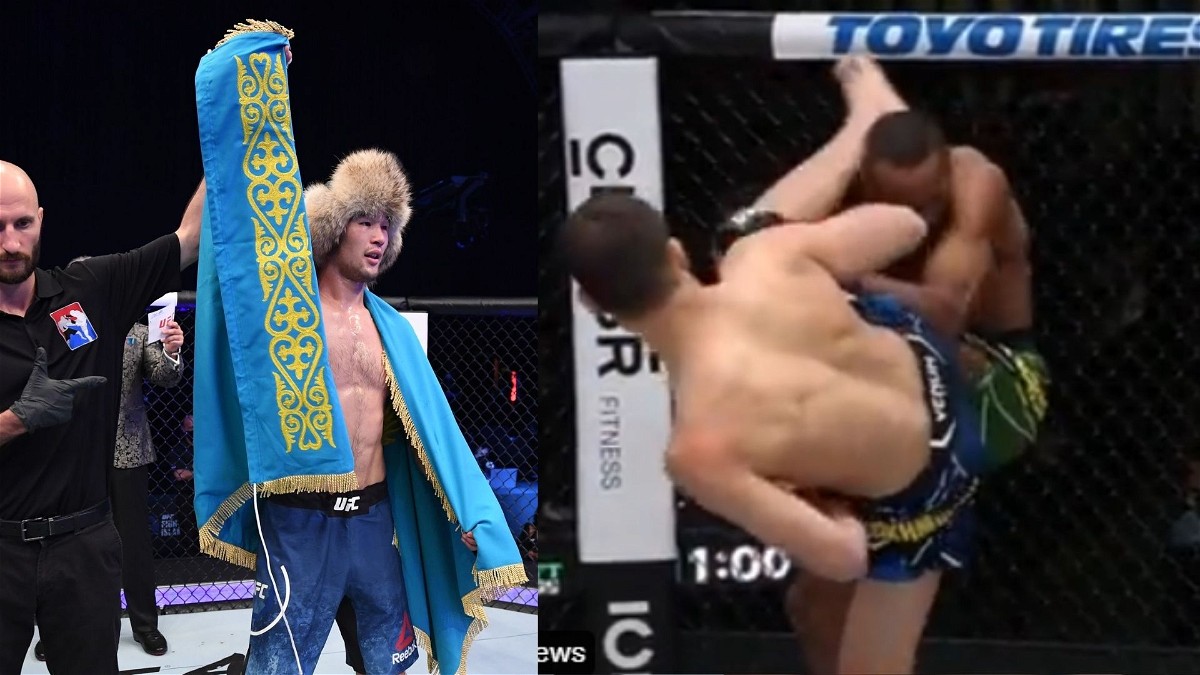 UFC Vegas 47 took place inside UFC Apex in Las Vegas and the event had some exciting fights to offer. One among those was Shavkat Rakhmonov’s incredible spinning wheel kick victory over Carlston Harris on the main card.

Shavkat Rakhmonov delivered on the hype, as he put up a potential Performance of the Night at UFC Vegas 47. Carlston Harris started the fight, circling the Octagon and trying to land a power bunch. However, a very elusive Rakhmonov was able to manage the distance It was a lackluster first round, with Rakhmonov taking the round with clinch control. Harris showed great takedown defense near the cage and was able to negate any attempts from Rakhmonov in the first round.

However, what he didn’t see coming during the initial exchange was a perfectly times spinning wheel kick, as Rakhmonov extended his winning streak to 15 straight wins inside the cage. Rakhmonov is now 3-0 in his UFC career. Shavkat Rakhmonov has never gone to the judges’ scorecard, and this was his 15th consecutive stoppage win.  Meanwhile, Harris suffered his first loss after five straight wins to his name. Harris was on a two-fight winning streak before this fight.

What’s next for Shavkat Rakhmonov?